Contact in the Desert returns to Joshua Tree June 3-6, 2016. The multi-day conference is designed around an immersive experiential environment with leading scholars from around the world as well as a few media personalities that add to the serious nature of the event.  What was once considered “conspiracy” has recently turned Presidential. Senator Hillary Clinton is talking about UFO’s and aliens on the campaign trail as she pushes for a platform of disclosure. Earlier this year while talking with Jimmy Kimmel, she said there is a new name for UFO’s; the new term is UAP or “unexplained aerial phenomenon.” President Obama may have been the first President to publicly acknowledge Area 51, the remote detachment of a U.S. Air Force facility in Nevada adjacent to the “Extraterrestrial Highway.” Although the base has never been classified as a “secret base,” all research and activity in Area 51 are considered “Top Secret.” Former President Bill Clinton said on the Jimmy Kimmel show he looked at Area 51 and “no aliens there.” When President Obama was on the show, he said President Clinton’s answer (no aliens there) is “what we are instructed to say,” adding, “I can’t reveal anything.” Clinton later said he looked at Roswell and while he never said much about that famous site, he did say he wouldn’t be surprised “if we were “visited” someday” and that he hoped it wouldn’t be like the movie Independence Day adding that it might be the only way to unite our incredibly divided world.

John Podesta, a senior advisor to President Clinton, President Obama and now Hillary Clinton, tweeted out a comment on February 13, 2015 that his “biggest failure of 2014: Once again not securing the #disclosure of the UFO files.” Hillary Clinton stated on Jimmy Kimmel that provided there aren’t any threats to national security that she will open the files on the subject. This seems to be an interesting and daring stance for a presidential candidate unless she has some degree of certainty.  Given her roles as First Lady, Senator and Secretary of State, she might have more insight than most. During a 2007 election campaign debate, Congressman Dennis Kucinich was asked on MSNBC if Shirley MacLaine’s account of him seeing a UFO was true. He acknowledged that it was and after some laughter from the audience clarified that it was an “unidentifiable flying object.” He also added that Jimmy Carter claimed to see a UFO and he was moving his campaign offices to Roswell, NM, the site of a notoriously rumored UFO crash. Now, it seems the political landscape and the American conscious is more open to such discussions. Contact in the Desert has always provided a platform for the serious study and inquiry into ancient astronauts, extraterrestrial life, human origins, crop circles, contact experiences, of course, UFO sightings and most importantly, the need to know, or disclose existing knowledge to the public.

This year’s conference will feature several best selling authors such as Graham Hancock, David Childress, David Wilcock and Robert Bauval. The History Channel’s host of Ancient Aliens, Giorgio A. Tsoukalos along with Coast to Coast AM’s host George Noory will serve as the conference’s celebrity statesmen. The conference will also celebrate the popular radio show host’s birthday, which is open to all CITD pass holders. The conference will be filled with panels, workshops and intensives from thought leaders around the globe along with several opportunities to interact with authors, researchers and enthusiast in an intimate environment. The event will also feature Movies After Dark, a program that includes “The Hidden Hand,” a documentary by James Carman on alien contact and the government cover-up, “Crop Circle Diaries,” by Patty Greer about a deeper understanding of the mysterious phenomenon after two women embark on a journey to visit over 100 crop circles in the UK, a special sneak preview of Jonathan Berman’s “People of Earth,” the story of George Van Tassel, and the first contact in the desert that happened near Joshua Tree Retreat Center. The film explores his ET encounters, the ideas behind his strange science and the mystery about what happened to him.

With forty-four plus speakers on hand, the schedule of panels and workshops can be a bit daunting. Here are a few lesser-known but no less interesting speakers of this year’s class of scholars. 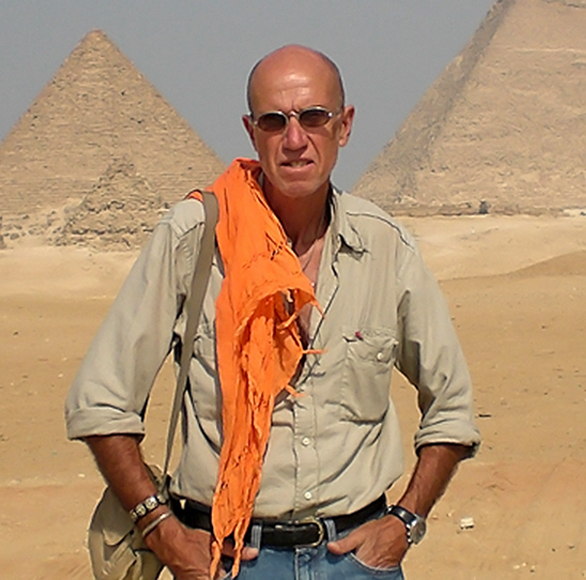 In 1994 Robert Bauval published his first book, The Orion Mystery (with Adrian Gilbert), which was a No.1 bestseller in the UK, and also an international bestseller translated in more than twenty-five languages. He co-authored and authored several other bestsellers. Bauval has appeared on many National and International television channels including BBC, ABC, NBC, Fox-TV, CNN, RAI, HISTORY CHANNEL, NATIONAL GEOGRAPHIC, DISCOVERY CHANNEL, FRANCE A3, and CHANNEL FOUR UK. Bauval is mainly known for his Orion Correlation Theory (OCT), which he developed in 1983, and was published in the Oxford Journal Discussions in Egyptology in 1989. 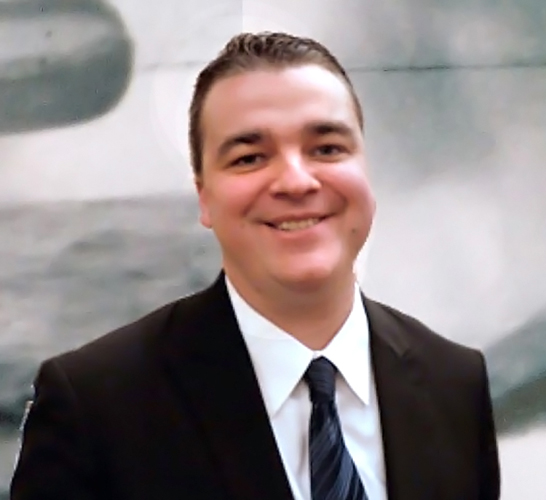 John Greenewald, Jr. began researching the secret inner workings of the U.S. Government at the young age of fifteen. He targeted such groups as the CIA, FBI, Pentagon, Air Force, Army, Navy, NSA, DIA, and countless others. Greenewald utilized the Freedom of Information Act (FOIA) to gain access to thousands of records. He accumulated an astonishing number of documents on topics related to UFOs, the JFK Assassination, chemical, biological, and nuclear weapons, and top-secret aircraft. Greenewald’s online archive became known globally as “The Black Vault.” His teenage project turned into the largest private online collection anywhere in the world, totaling nearly 1.5 MILLION pages of material. 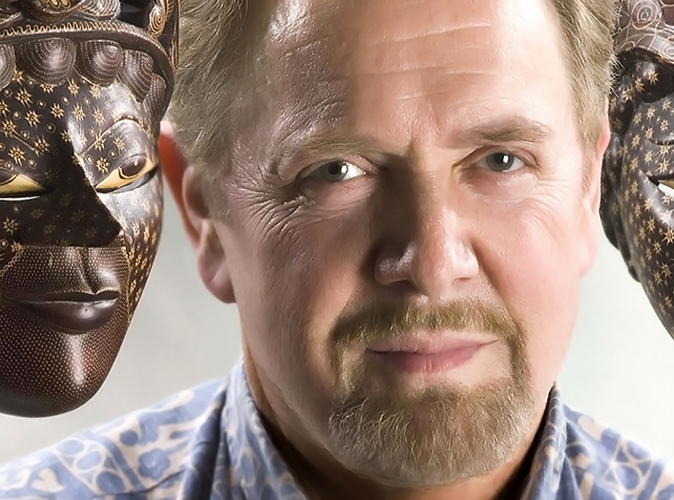 Jonathan Young PhD is a featured commentator on Ancient Aliens. His main scholarly work has been as founding curator of the Joseph Campbell Archives (which involved collaboration with George Lucas and Lucasfilm). He assisted Campbell for years at seminars and has lectured on Campbell’s work at major academic conferences around the world. Dr. Young is a psychologist and professor, whose main area is personal mythology. His books and articles focus on using stories and movies for self-understanding. His film script advising includes After Earth with Will Smith.  In addition to appearances on several series for the History Channel, he has been featured on the SyFy Channel, the BBC, CBS 48 Hours, Unsealed, In Search Of… and radio programs that focus on unexplained anomalies, including Fade to Black with Jimmy Church. 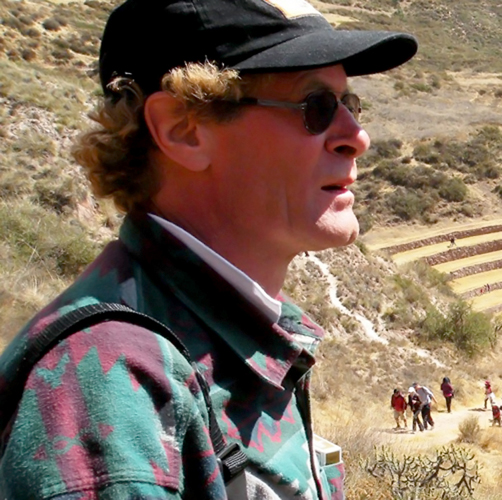 Mr. Foerster writes articles for Graham Hancock: www.grahamhancock.com, and was associated with Lloyd Pye of the Starchild project, whose geneticist is analyzing the DNA of elongated human skulls of the Peruvian Paracas culture on his behalf. He counts amongst his colleagues Stephen Mehler, author, archaeologist, ancient Egypt oral tradition specialist and expert on crystal skulls, Christopher Dunn, engineer and author of The Giza Power Plant, Dr. Robert Schoch, geologist and expert of ancient Egypt, Hugh Newman of Megalithomania, who he co-sponsors tours with, L.A. Marzulli, and many other well known “alternative” authors and researchers.

Brien has been on 12 episodes of Ancient Aliens, numerous radio shows, including Red Ice Creations, Coast To Coast Am, Jeff Rense, Fade To Black, Project Camelot and a new US video series called Unsealed, as well as L.A. Marzulli’s The Watchers, episodes 6 and 8. He has become an authority on the megalithic works of South America and the perplexing ancient Elongated Headed people of the area, and divides his time between Paracas Peru, and Cusco.

One of the unique featured experiences of the conference will be Night Vision, with UFO sighting expert, Melinda Leslie. Participants will use military night vision goggles for seeing over 50,000 times more light than possible with the naked eye! You haven’t stargazed until you’ve had this experience! “What’s special about Contact,” says Director Victoria Jennings, “is that it’s an immersive experience on property. The Joshua Tree Retreat Center sits on a sacred site on top of a grid with 17 different power points! With an aquifer beneath us, it throws off the electromagnetic field. You can really feel a different energy here and with all the amazing people coming for Contact, it’s really an extraordinary experience.” JTRC is the oldest and largest retreat center in the Western U.S. and features an incredible display of Frank Lloyd Wright and son Lloyd Wright’s architecture. The mission of the non-profit center is to support the education and nourishment of the infinite human potential. For more information on the conference, please check out there website at www.contactinthedesert.com