There’s nothing like a little music to bring us around to n full consciousness from our winter stupor and to put us in the right mood for “The Rites of Spring,” a ballet composed by Stravinsky that sent the swells in tails and swellistas in tulle to riot at its Parisian premiere in 1913.—Tra la, Tra-la. (And for good measure: Sis-boom- bah.) In honor of the Spring’s debut —get ready to “roll” on March 20— let’s talk proverbs ,such as “March is in like a lion , and out like a lamb.” Not so much. Yet, with the winter most of our nation has been experiencing many of the citizenry might be really considering a one-way ticket to Mars. Well, don’t be silly. Not if you live in the Coachella Valley where the climate is sublime most of the year and you’d miss out on all the fun, fabulous performances and experiences that are out-of- this-world! Read on. 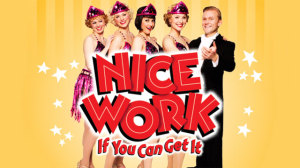 Friday, March 13, 8 PM, Saturday, March 14, 2 PM (Matinee), 8 PM, Sunday, March 15, 2 PM (Matinee) 7 PM. Girls! Glamour! Gershwin! “Nice Work If You Can Get It,” the Tony award winning musical comedy about the Roaring Twenties, straight from today’s Great White Way”—New York’s Broadway stage—and hang on to your garters, girls– right now at our McCallum Theatre in Palm Desert all weekend. (May we sing from the lyrics of the show:: “Who could ask for anything more?”) Plot: Outrageous characters gather in New York to celebrate the wedding of a wealthy playboy. Oops! As luck would have it, the groom-to-be meets a feisty, bubbly bootlegger who melts his foolish heart, hilarity ensues, which is too tame a word for the evening of, you got it, girls, glamour and the gorgeous music and song of George Gershwin. Tickets are priced at $95, $85, $45, $65 and $45 and $85, $75, $55, $35, at the web site www.mccallumtheatre.com, or by calling the McCallum Theatre box office at (760) 340-ARTS. The McCallum Theatre, located at 73000 Fred Waring Drive, Palm Desert CA 92260, accepts payment by cash, personal check, VISA, MasterCard, Discover and American Express. 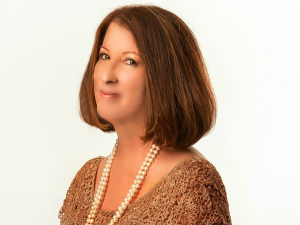 Saturday, March 14, 6 PM. The Annual Concert Series in The Gardens on El Paseo will feature Grammy-nominated singer/songwriter Jeri Lynne, who has performed with some of the most iconic entertainers of our time, including the Righteous Brothers, Keely Smith, Jeff Bridges, Patti Austin, Crystal Gayle, Ray Charles, Naomi Judd, and so many more stars in the musical firmament. Produced and hosted by KJJZ’s Jim “Fitz” Fitzgerald and sponsored by Desert Lexus, Desert Arc and 102.3 KJJZ, this concert benefiting Angel View is also sponsored by Desert Air Conditioning, Inc. This concert will also make headlines as a fundraiser for one of the oldest Coachella Valley nonprofits, Angel View, whose mission for nearly 60 years has been to help children and adults with disabilities reach their maximum potential. Angel View provides 24-hour residential nursing services to approximately 120 children and adults. The therapeutic Day Program serves 75 adults, and Outreach services include free resources and referrals, reimbursements and mini-grants. For more info, go to www.angelview.org. Tickets for the one-hour program go on sale at 4:30 on site. $12 per person includes two glasses of wine courtesy, of Castle Rock Winery, and light refreshments. For more concert info, call 760-862-1990, or go to www.thegardensonelpaseo.com/events. The Gardens couldn’t be more appealing than at this time of year. Come, enjoy! 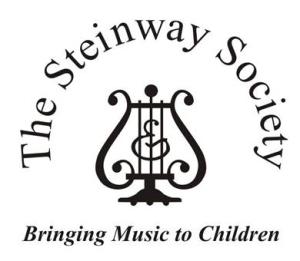 Sunday, March 15, Recitals at 12 PM & 5 PM. The Steinway Society of Riverside County presents the Annual Festival Competition and Recital for 14 to 18 year old Senior Competition, 9 AM – 6 PM Master Classes to be held in the Helene Galen Performing Arts Center at Rancho Mirage High School, 31001 Rattler Road. Rancho Mirage. Presenting Sponsor: Helene Galen. The Winner’s Concert will be on Wednesday, May 20, at 7 PM. at The Rancho Mirage Public Library. 71100 Highway 111, Rancho Mirage. This is a unique opportunity to witness some of the finest musical talent that the Coachella Valley has to offer. Open to the public, free admission with open seating. More information at SteinwayRiverside.org 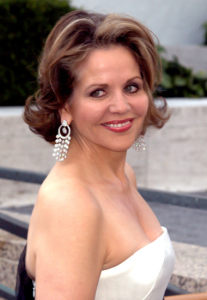 Wednesday, March 18, 7 PM. Renee Fleming, deservedly one of the most acclaimed full lyric sopranos and operatic singers of our time will debut on Broadway in a new comedy “Living on Love,” on April 1, 2015, but first she will perform in the Festival of the Desert at the McCallum Theatre where she will perform art songs by classic composers Robert Schumann, Richard Strauss and Sergei Rachmaninoff, as well as favorite Broadway songs by Rodgers and Hammerstein. In 2013, the operatic superstar was awarded America’s highest honor for an individual artist, the National Medal of Arts by President Obama. In 2014, she became the first classical singer to perform “The Star-Spangled Banner” at the Super Bowl. Highly versatile, respected for her “acting chops,” Fleming was born in Indiana, but has performed and gathered up accolades and awards all over the world at momentous occasions from the Nobel Peace Prize ceremony to the Diamond Jubilee Concert for Queen Elizabeth II. Tickets are priced at $125, $95, $75 and $65. Tickets for the Festivals performances and a Gala post-concert dinner with international music and art at Sunnylands Center & Gardens are $500. Tickets are available at www.mccallumtheatre.com or by calling the box office at (760) 340-ARTS. The McCallum Theatre, located at 73000 Fred Waring Drive, Palm Desert accepts payment by cash, personal check, major credit cards. 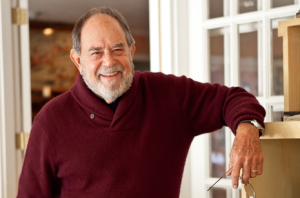 Thursday, March 19, 7 PM. Laurence Luckinbill , Emmy Award- winner and Tony-nominated actor , will perform “Teddy Tonight!” for one-performance only at The McCallum Theatre through the generosity of Helene Galen. The play is set in July, 1918 when former President Roosevelt is preparing to take on President Woodrow Wilson when he receives word that his son is missing in action. Luckinbill has achieved extraordinary success as a stage, film and television actor, as a writer, a teacher, and as the founder and producer of a non-profit New York theater company. His acting career extends through theater, television and motion picture and has ranged from soap operas to a Tony-nominated role in the play The Shadow Box (1972) and to a co-starring role as Sybok in Star Trek V: The Final Frontier (1989). Born in Fort Smith, Arkansas, Laurence earned a B.A. in Science and Humanities from the University of Arkansas and an MFA in Playwriting from The Catholic University of America. During the Kennedy administration, Luckinbill served in the U.S. Foreign Service for two years, in Africa and Italy, as director, producer, actor and lecturer on American Theatre and Culture. In 1965, he was invited to become an officer of the United States Information Agency. As a journalist, Laurence has contributed articles to major publications. He has starred in many television films and television series, including “Law & Order,” “Barnaby Jones,” “Columbo” and “Murder, She Wrote.” He won an Emmy as Writer and Executive Producer in 1993 for NBC’s “Lucy & Desi: A Home Movie.” Laurence’s own multi-media production company has produced two CDs Lucy & Desi: The Scrapbooks, Volume I and, with his wife, Lucie Arnaz, How to Save Your Family History: A 10-Step Guide. 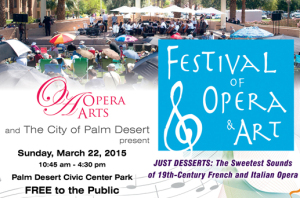 Sunday, March 22, 10:45 AM – 4:30 PM and Sunday, April 19, 6:30 PM. Two Special Events for Opera fans. For your enjoyment and participation, for The Festival all-day affair, Arlene Rosenthal sings an invitation to “Join us! If you are a 501 c(3) organization and would like to have an information table at our Festival; or an artist and would like to show your work, please call me at 760-323-8353. “The Festival Opera & Art” with its “sweet sounds of 19th-century opera,” will also offer children’s’ activities, artists’ works on display, refreshments/food availability. Tote families, friends, blankets, chairs, etc., for a day in the park. The second event to pencil in your calendar is “Opera Under the Stars,” featuring operatic arias, classic Broadway and operetta performances by world class singers, and the presentation of the St. Cecilia Patron of Music Award to Palm Springs Life magazine in memory of Milt Jones, publisher. Ticket per person, $125, full sit-down dinner at The Renaissance Esmeralda Hotel, 44-400 Indian Wells. Lane, Indian Wells. For information, visit www.OperaArtsPalmSprings.org or call 760-323-8353.