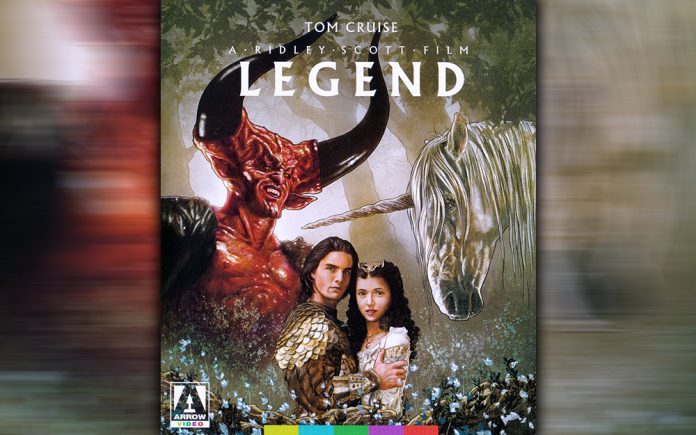 After changing the face of science fiction cinema forever with Alien and Blade Runner, Sir Ridley Scott turned his visionary to the fantasy genre, teaming with writer William Hjortsberg (Angel Heart) to create a breathtaking cinematic fairy tale with one of the screen’s most astonishingly rendered depictions of evil. In a sun dappled forest the pure-hearted Jack (Tom Cruise) takes his true love Princess Lili (a sixteen year-old Mia Sara) to see a pair of unicorns frolicking at the forest’s edge. 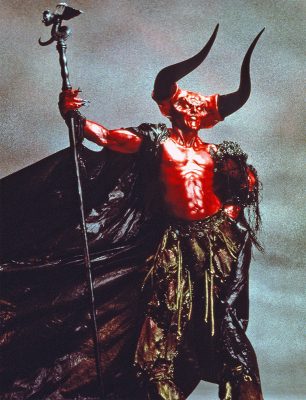 Little do they know, however, that the Lord of Darkness (Tim Curry), in an incredible body designed by Rob Bottin (The Thing) has dispatched his goblinesque minions to capture the unicorns and sever their horns so that he can plunge the world into everlasting night.

After Lili and the unicorns are taken prisoner, Jack teams with a group of forest creatures and descends into Darkness’ underground lair to face off against the devilish creature before it’s too late.

This visually lush film is a dance between light and shadow in a world that blends Shakespearean elements with more than a pinch of Peter Pan.

Despite a troubled production in which the massive full-size forest set was accidentally incinerated and a lengthy post production that resulted in multiple versions of the film (with competing scores by Jerry Goldsmith and Tangerine Dream) — it’s all detailed in the director’s effusive commentary and superb bonus material), 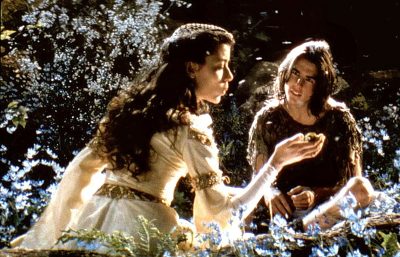 Legend has been restored to Scott’s original cut and embraced by generations of movie buffs eager to see a master director’s singular vision of a lush, eye-popping world beyond our imagination.

The two Blu-ray disc set includes the U.S. Theatrical cut – in a 2K restoration from a 4K scan of original materials — and the Director’s Cut. The generous extras are all worth watching. They include: featurettes on production design, costumes, deleted scenes and a wonderful making of documentary. What’s most amazing is that this remarkable film was made before CGI. This is such stuff as dreams are made of. This is Legend. ARROW FILMS/MVD visual. Blu-ray.