Thanks to our diligent friends at the Digital Entertainment Group, we can get a sense of what our fellow movie buffs have been viewing.

Here are the top 20 movies screened and streamed during the previous week of August.

10 – You Should Have Left (Universal)

11 – The King of Staten Island (Universal)

How many have you seen?  Are there recent films you want to see?  Is there a movie you are eager to see?  I want to hear from you.

Most theater chains have plans to re-open sometime in the near future.  It is not clear exactly how social distancing and other precautions will be enacted or enforced (!).  Speaking with a journalist for Variety this week, I got the impression, which I share, that moviegoers are still VERY reluctant about attending movies in enclosed venues.

That said, it has become apparent that old-fashioned drive-ins are experiencing an enthusiastic rebirth.

Big budget movies like Mulan and Tenet, will no doubt find a home on a streaming platform.  The big question remains, will viewers fork over $30 for the privilege?  Of course we will.  Movies matter – especially in these apocalyptic times.  Without a shared narrative, we diminish our collective identity and we are lesser for it.

In the meantime, consider these titles that are new on Blu-ray and worth a look.

ONE NIGHT IN BANGKOK 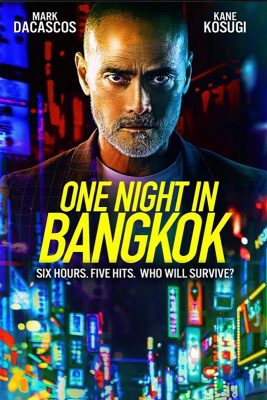 Starring legendary martial arts actor and “TV personality” Mark Dacascos and from action filmmaker Wych Kaosayananda coms this intense action-packed hit man thriller about an assassin who hires a cab driver to unknowingly escort him to each of his targets.

A hit man named Kai flies to Bangkok, gets a gun and orders a cab.  He offers professional female driver big bucks to be his all-night driver.  But when she realizes Kai is committing brutal murders at each stop, it’s too late to walk away.  This tight noirish thriller is an homage to Collateral with a truly shocking twist.  Lionsgate. 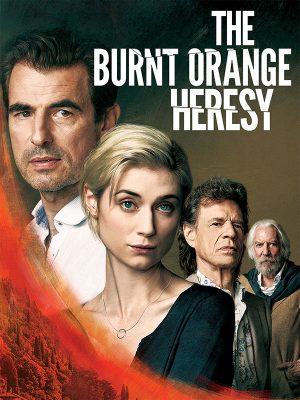 Charming and ambitious and depressed art critic, James Figueras (Claes Bang), has fallen from grace.  He spends his days in Milan lecturing witless tourists about art history.  His only glimmer of hope for a meaningful future is in a new-found love interest, the enigmatic American Berenice Hollis (Elizabeth Debicki).  An unexpected opportunity strikes when he is contacted by the wealthy art dealer Joseph Cassidy (a terrific Mick Jagger) who summons James to his villa on Lake Como and asks him to steal a painting from the legendary reclusive artist, Jerome Debney (Donald Sutherland) who happens to live in isolation on Cassidy’s property.  It’s not long at all before James’ greed and ambition get the better of him, and he finds himself caught in a deadly web of his own making.

The movie, smartly adapted by Scott B. Smith.is based on the popular crime story book James Willeford

If you missed this film at the previous Palm Springs International Film Festival, it was sold out, now’s your chance to catch it at Irvine Drive-in, on demand or by purchasing the physical hi-def disc.  Roadside Attractions.  Recommended.

H.P. LOVECRAFT’S COLOR OUT OF SPACE 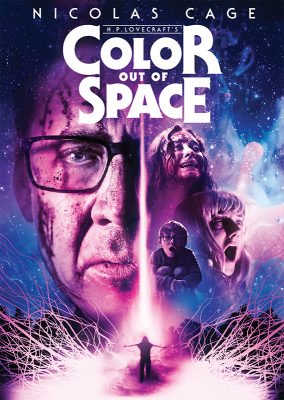 H.P. Lovecraft is an acquired taste.  Saying this might be the best film adaptation of  his unsettling, tentacle laden tales may be faint praise for the uninitiated, but it’s a place to start.  But Cage delivers.

When a meteorite lands in the front yard of farmer, Nathan Gardner (Nicolas Cage) and his family finds themselves battling a mutant extraterrestrial organism as it infects their minds and bodies, transforming their quiet rural life into a technicolor  hallucinogenic nightmare in this over-the-top scare-fest that gives Cage a perfect stage on which to go bonkers.  And that one of the main reasons to sample this unhinged treat from director Richard Stanley.  RLJE Films 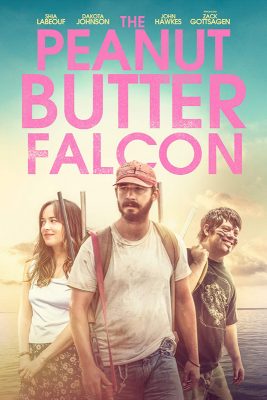 It’s hard not to think of Mark Twain while enjoying this beautifully crafted heartfelt adventure that follows Zak (Zack Gottsagen), a young man with Down syndrome, who runs away from a residential nursing home in order to follow his dream of enroll in the professional wrestling school of his idol, “The Salt Water Redneck “ (Thomas Haden Church).

An unlikely turn of events pairs him on the road with Tyler (Shia LaBeouf), a small time outlaw on the run, who becomes Zak’s unlikely coach and ally. Together they wind through deltas, elude capture, drink whisky, find God, catch fish, and convince Eleanor (Dakota Johnson), a kind nursing home employee charged with Zak’s return, to join them on their journey.

This wonderful film is worth finding and seeing more than once.  Its an affirmation of our humanity and a reminder of the power of love and compassion in this vexing time of hate and violence.  See it.  It’s why movies matter.  Lionsgate.