During this unprecedented era where many of us have to stay home first quarter 2020 movie purchases and rentals hit $596 million in March, showing a massive 48% increase over last March’s numbers and making March the biggest month ever for digital transactions.

Have we shifted our movie going experience to sitting in front of our huge 4K screens in a home setting?  Is this our future if theaters choose not to open in the near future?  And if they do, will film fans stay away for fear of contamination?

As for this week’s selection of the biggest and best at-home movie options, the ‘Watched at Home Top 20’ will help you figure out what everyone is watching. The list is made of the most popular titles consumed on disc and digital during the previous week (except for outside subscription-based streaming platforms). Compiled each week with the most up to date studio and retailer data, it showcases current consumer enthusiasm for home viewing of the newest movie releases.

If you missed any of these popular films in the theater before the big Corvid-19 pandemic, these current and recent titles are available for physical disc purchase and/or streaming on various VOD platforms.

TIME magazine noted we prefer streaming and bingeing on what they categorize as “Lurid Distractions,” i.e., true crime documentaries and shows like “DATELINE” and “12 DARK DAYS OF SEIAL KILLERS.”   But when we watch these shows, does it actually make our disturbing reality feel any less so – or just the opposite?

Let me know what are you watching?  Some movie buffs are discovering older, overlooked and obscure films that are surprisingly engaging in spite of their sometimes poor preservation and simpler, even primitive, production values.   I’m enjoying pre-code (1930-1933) movies with their surprisingly adult images and themes, (see below). 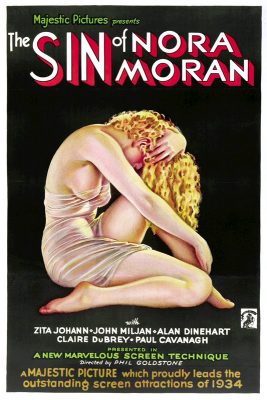 A young woman (Zita Johann) is prosecuted by her lover’s brother for confessing to a murder she did not commit.

John patiently explains how Nora not only came to write those letters but also how she ended up on death row at the age of 21.  In flashback, the audience is sees how Nora’s tale of woe began with her being adoption as a young child and then cruelly orphaned again shortly thereafter. Nora pursued a career as a dancer in New York City, which was fruitless until the circus rolled into town.

We are left with no doubt that Nora is innocent and that she has taken the blame to protect and shield her lover, the governor Bill Crawford (Paul Cavanaugh), the only man who can issue a pardon that will save Nora!

At the time, some novels employed a stream of consciousness narrative, but it was very unusual and innovative for a movie like “The Sin of Nora Moran” to use it. To the movie’s credit, the technique is mastered to great effect in this suspenseful story that keeps the twists and turns going without letup until the very end. That’s not the only way this movie is ahead of its time as it also takes well-aimed shots at moral hypocrisies while also detailing the horror of the death penalty via the electric chair.

Actress Johann, forgotten now, co-starred in 1931’s “The Mummy” with Boris Karloff.  She deserves to be rediscovered, and not just for great poster art.  DVD.  Alpha Video. 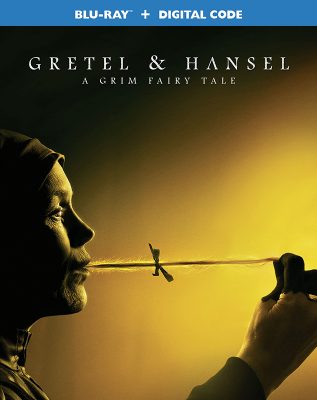 A long time ago in a distant fairy tale countryside, a young girl leads her little brother into a dark wood in desperate search for food and work, only to stumble upon a nexus of terrifying evil.

Experience the nightmare behind the fairy tale in Osgood Perkin’s lushly photographed reimagining of the beloved Brothers Grimm folktale for a new generation.  If you liked “THE WITCH,” you may appreciate this striking film that makes real a dreamscape of haunting menace and imagery.

The film stars Sophia Lillis as Gretel, newcomer Samuel Leakey as Hansel and an unforgettable Alice Krieg as The Witch.  Warner Bros. 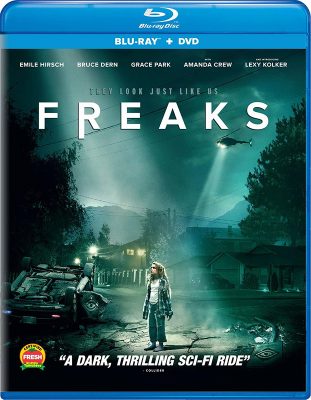 Directors Zach Lipovsky and Adam Stein’s little sci-fi horror diversion tells the story of 7-year-old Chloe (a terrific Lexy Kockler) who lives in fear locked inside the house under her father’s (Emile Hirsch) harsh, paranoid control.  She has a dangerous fascination of the prohibited outside world, where Anomalies create a constant threat, or so Chloe believes based on her dad’s almost constant warnings.

When a mysterious stranger (Bruce Dern) offers her a glimpse of what’s really happening outside, Chloe soon finds that while the truth isn’t so simple, the danger is very real!

This film has unmistakable, but unintentional pandemic metaphors that make it all the more unsettling – and fun.  Well Go USA.

Stay well, safe and sane.  And remember, movies matter more now than ever.