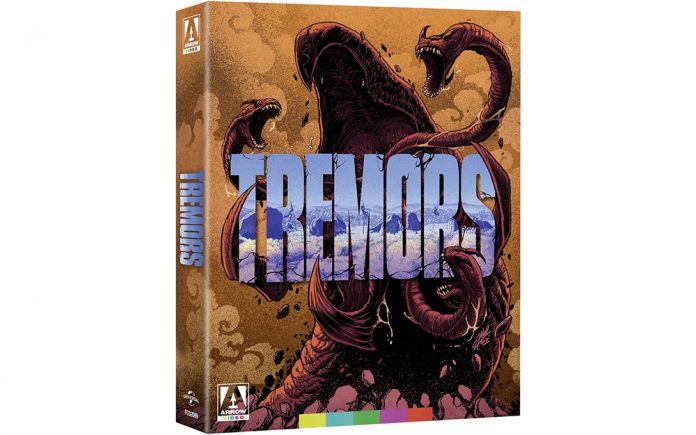 This bonafide cult-classic love letter to 1950s creature features delivers pulse-pounding horror and unexpected humor in equal doses.  Superbly crafted in all areas from screenplay, to direction, acting, effects and more, this fun film has grabbed audiences’ affection ever since it’s 1990 release and spawned a successful franchise that continues to this day.

Good ol’ boy handyman Val (Kevin Bacon) and Earl (Fred Ward) are sick of their dead-end jobs in the remote one-horse town of Perfection, Nevada (population 14) just as they’re about to escape perfection forever, however, things start to get really weird; half-eaten corpses litter the road out of town; the phone lines stop working; and a plucky young scientist shows evidence of unusually strong seismic activity in the area.  Something is coming for the citizens of Perfection… and it’s under the gol-dern ground! 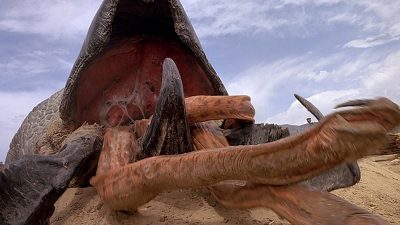 Bursting with indelible characters, quotable dialogue and eye-popping special effects, TREMORS is back bigger and better than ever in this stunning 4K-restored (from the original negative) and collectors’ edition with a fully packed pick-up truck load of exceptional and highly watchable bonus items (more than two dozen featurettes and a 40 page book) that cover nearly every aspect of production including a terrific audio commentary from director Ron Underwood and writers/producers Brent Maddox & S.S. Wilson.  Big recommendation for your high-end digital home library.  ARROW/MVD visual.