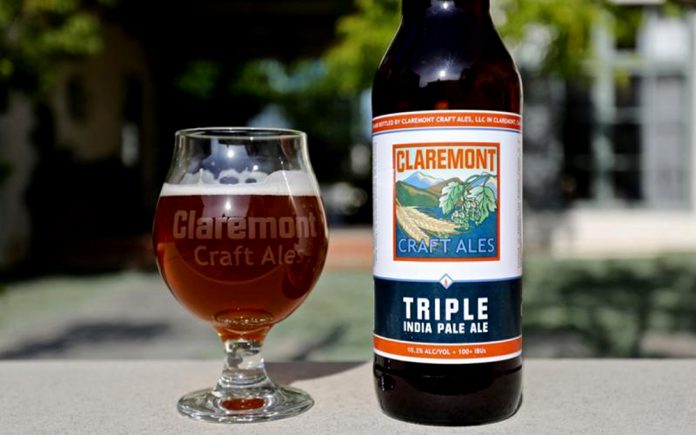 Of all the beer styles to have undergone radical evolution over the past decade, none have experienced a bigger, more dramatic progression than the India Pale Ale. Conceived in the 18th century as an export beer, the first ales sent to the British colonies (including the ones in India) were actually October ale, described as strong, heavily hopped beer that would normally be aged like wine before drinking. This was a beer with similarities to what’s now known as barleywine, and while tasty, wasn’t really considered refreshing. Thus, began the first evolution of the IPA, as it was brightened, lightened, and made to be just alcoholic enough to survive months instead of years of storage. Once electricity and refrigeration became common, the style of IPA all but died out until it was revived by the burgeoning microbrew movement of the late 1970s.

With hobbyists allowed to homebrew legally, a renaissance of beer began, with brewpubs and neighborhood micro-breweries gaining popularity for the first time in decades. By the early 1980s, breweries like Anchor, and Sierra Nevada had created hop forward pale ales that emphasized the citrusy notes of the Cascade hop. The 90’s evolved things further with Vinnie Cilurzo arguably brewing what’s considered the first double IPA, his original Blind Pig recipe. A substantially bitter ale that varied between 6.5-7% ABV, Blind Pig was more formidable than other IPAs of the era. Other breweries began to emulate Vinnie’s extreme style (which Vinnie claims he only started doing to hide the off flavors that came from using the antiquated brewing system he had), and the next thing you knew, a trend was evolving where every brewery wanted a bigger, stronger, hoppier ale in their portfolio. A company’s pale ale was usually between 5-6% ABV, their IPA would be between 6-7%, and anything bigger than that became known as a double IPA, or a DIPA for short. By the early 2000s, craft brewing had become an arms race, and hop loaded beers were some of the best weapons in a brewery’s arsenal. 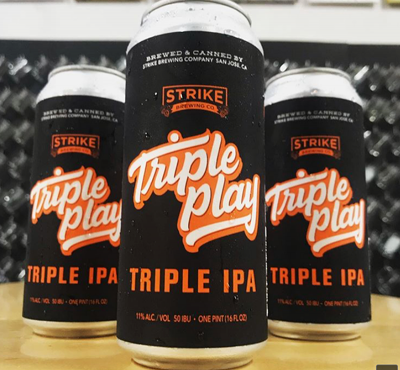 The triple IPA debuted in 2005 in the form of Pliny the Younger, which is still considered the best TIPA, and one of the very best beers in the world. So why aren’t more breweries trying to emulate this masterpiece of style? For the same reasons so few breweries make a barleywine, because they’re a pain in the ass.

Triple IPAs like Pliny the Younger are very time consuming and very expensive beers to brew. They use an exorbitant amount of raw material -hops and grain especially -and have a much lower yield ratio than other beers. Imagine if you wanted to use your coffee maker to create a cup of coffee three times stronger than your normal mug. Your Mr. Coffee is designed to brew up to 12 cups of regular coffee at a time, so If you wanted a cup of coffee with triple strength, you’d use the same amount of grounds that you’d use for a full pot, but only collect 4 cups of brewed coffee out of it so that each cup is a solution concentrated at a much higher strength. That is the same basic principle used for brewing beer. Your brewing system can only hold X amount of raw ingredients, whether its grain in a mash tun or coffee grounds in a Mr. Coffee basket. In order to strengthen your product without fortifying it, you have to concentrate the strength of your product. Triple IPAs take an exorbitant amount of raw material to make, including tremendous amounts of hops, which absorb beer into the vegetal matter as the volatile oils are released, further diminishing the amount of beer leftover at the end of the process. Also, fermenters need to house a big beer like a triple IPA for a longer time than other beers. Unlike high alcohol barleywines and stouts, TIPAs aren’t aged in barrels, meaning that tank space will be taken up for months until the beer is mature enough to package.

While these beers aren’t common, they’re not exactly rare either, and several breweries have a triple IPA that are loved by fans, and can be obtained from bottle shops quite readily.