Arrieta, the Chicago Cubs’ right-hander who is on a run of 24 consecutive quality starts and no-hit the Cincinnati Reds in his previous start last Thursday, or Kershaw, the Los Angeles Dodgers’ left-hander whose run of three National League Cy Young Awards in four years was stopped by Arrieta last season?

The original tally ended in a 2 ½-2 ½ tie when one executive from an NL team split his vote between. When asked to pick one or the other, he reluctantly went with Kershaw.

“It’s so close,” the executive said. “It really is a coin flip.”

Those who voted for Kershaw admit that Arrieta is the hottest pitcher in the major leagues right now and is clearly No. 2 behind the Dodgers’ ace. However, the Kershaw supporters pointed to his longer track record of success and the fact that he is 28, two years younger than Arrieta.

“With Kershaw, you’re talking about a pitcher who is arguably already one of the best baseball history,” a scout from an American League team said. “He has been great for a long time. I know he’s struggled in the postseason and he’s been a little shaky in the early part of this season but he’s proven himself over a long period of time.

Those in the Arrieta camp point out to his historical run and that baseball, like all of professional sports, is a business of what have you done for me lately.

“I love Kershaw, but at the moment, there is nobody better than Arrieta,” another NL executive said. “He just overwhelms the opposition. He is not only very capable of throwing a shutout every time he takes the mound right now but he is a threat to throw a no-hitter. I wouldn’t be at all surprised if he pitches another no-hitter this season, maybe more than that, because he’s really on a roll.”

If Arrieta continues to put up crazy numbers this season and has a better season then Kershaw sure maybe we can say he’s the best pitcher in baseball at this time but I want to see one more great season from him before we give him the crown. I expect regression which isn’t crazy to say after the season he had last year and it doesn’t mean he will regress so much that he isn’t an elite pitcher just not the best pitcher in the league.

And In Other News… 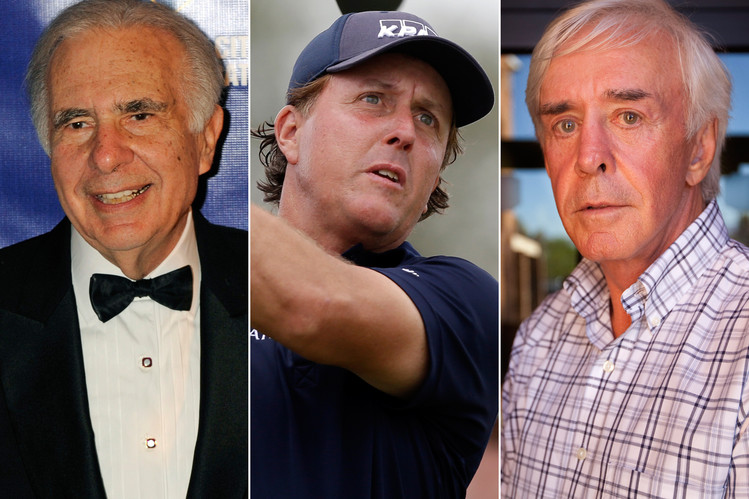 Back in June 2014, a number of press leaks suggested that the pro golfer Phil Mickelson was under investigation for possible insider trading, along with Pro Gambler Billy Walters and investor Carl Icahn. (Mickelson, Icahn and Walters denied any wrongdoing, and Icahn also wasn’t charged on Thursday.) It was to be expected that journalists would now focus on the most obvious question to arise from the Walters indictment.

Nearly two years later, federal prosecutors and the Securities and Exchange Commission have filed formal charges. Walters was arrested on Wednesday night in Nevada and charged with trading on inside information he obtained from Thomas Davis, a former member of the board of dairy company Dean Foods who is cooperating with the investigation.

Mickelson, meanwhile, was named only as a “relief defendant” in the SEC’s civil complaint. According to Andrew Ceresney, the SEC’s director of enforcement, a relief defendant is someone who was a “recipient of ill-gotten gains for which he has no legitimate claim”—essentially that he made money based on the illegal conduct of other people. The SEC made no assertion that Mickelson did anything wrong and is asking that he simply return the inadvertently obtained illegal profit of $931,000 he made trading shares of Dean Foods.

“Phil was an innocent bystander to alleged wrongdoing by others that he was unaware of,” Mickelson’s lawyer said in a statement. Walters’ lawyer, Barry Berke, said: “Prosecutors’ accusations [against his client] are based on erroneous assumptions, speculative theories and false finger-pointing.”

In the Walters case, prosecutors and the SEC are alleging that Walters made six-figure loans and gifts to help Davis pay off gambling debts, along with other financial enticements, in exchange for confidential information about Dean Foods.

Until the Supreme Court clarifies insider trading law, the public will be left to ponder why some skate free and others don’t.