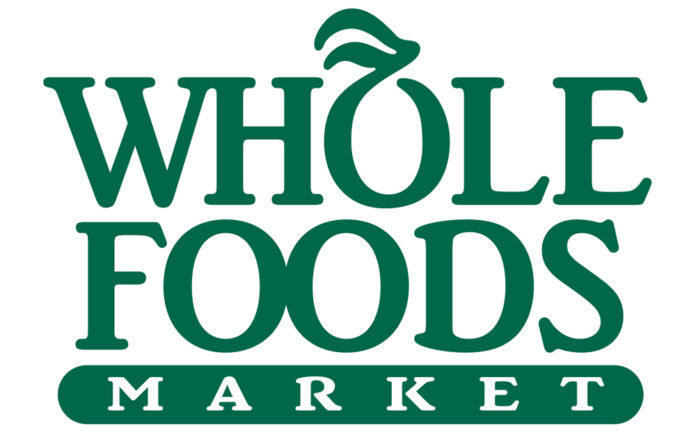 Whole Foods Palm Desert will help kick off the Coachella Fest season with their 2nd Annual Pre-Fest Beer Garden on Thursday, April 12th 2018. The event will get the music fest party started with fabulous beer, food and music, all in a relaxed environment.

Since opening in 2014, Whole Foods Palm Desert has been a welcomed addition to the Coachella Valley specialty market scene, providing the valley with the best in healthy food options. This year’s Pre-Fest Beer Garden, will mark the stores second entry into taking part in Coachella Fest fun. The idea was originally sparked by the Whole Foods venue team and Stone Brewery Rep, Damaris Rojas, who were thinking of ways for the high profile store to get involved with festival events, while engaging with the community. The idea was quickly supported and enthusiastically executed by Metro Marketing Team Leader, Christy Jeziorski, who has a background in event production, “I appreciated the crew entrusting me with the responsibility, it definitely gives me life to create experiences for others to enjoy” said Jeziorski. 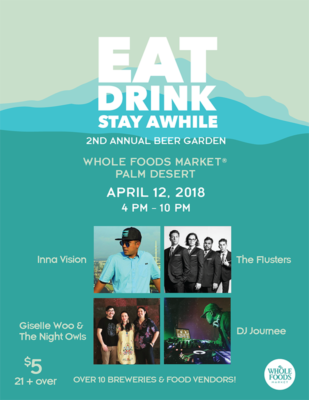 The Pre-Fest Beer Garden will be located in their outdoor patio area from 4pm to 10pm, and will welcome festival goers, locals and visitors alike. Beer garden guests will be able to enjoy a variety of beer, food and music in an inviting, casual setting, “The beer garden promises to be bigger than last year’s event,” says Jeziorski. “For a small admission fee, we’re offering an impressive variety of craft beers and food, a stellar musical lineup, and an atmosphere that’s more chill and ‘come as you are’ than ‘who do you know?’ Consider it a Coachella welcome reception.”

Admission to the 21 and older event is $5 and includes a tasting cup. Additional food and beverages may be purchased from Whole Foods Tap-In Taproom, to be consumed in the Beer Garden. No outside food or beverage is allowed.