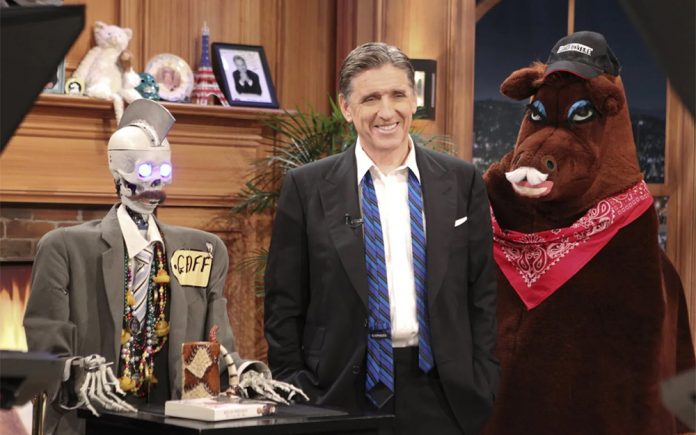 I recently saw a 2010 rerun of Scottish comic and former late night talk show host Craig Ferguson.  In that monologue, Ferguson was explaining why everything sucks.

According to Ferguson, it all started back in the late 1950s to early 1960s when some Madison Avenue advertising guys came up with the idea of marketing to younger people.  By focusing on younger people, the advertisers were looking to secure consumers young in life as they would continue buying habits throughout life.  This was not part of some great conspiracy, “just a bit of market research” suggested Ferguson.

What then happened was that others started copying their marketing approaches and “in a quirk of fate,” celebrated youth as never celebrated before.

As a result, behaviors evolved, and society was placed on its head.  Where “experience and cleverness” had been celebrated throughout our past history, youth began to rise in importance.   A natural byproduct of this emphasis on youth was inexperience.

According to Ferguson, somewhere along the way, things shifted again where that “deification of youth” became the “deification of stupid.”  People began “dying their hair and cutting their bodies” in order to “defy science and the laws of universe.”

“No one meant any harm,” says Ferguson.

Our priorities got fucked up.

Fast-forward twelve years and two years into a pandemic and it seems that the deification of stupid is in full force as anyone with a Facebook, Twitter or TikTok account can agree.

Back in 1973, a punk band from Akron, Ohio named Devo predicted this future for us.  It was their belief that technology and robots would lead to the regression of society.  While their message was initially intended as a satirical joke, Mark Mothersbaugh, their lead singer has commented on how the accuracy of their belief surprised even them.

Let’s look at the evidence:

Customer service has begun an oxymoron.

People believe their opinions are as accurate as facts.

By the way, when someone says ‘thank you’ to you when you are at work, do not say ‘no problem’…of course it is no problem if that is your job.  The better reply is ‘you are welcomed’ or ‘my pleasure.’

If you look around your job and life, it seems clear that as society and technology advance, more and more people just do just about the minimum to get by.  Some get paid richly for these minimal services while others struggle under inadequate wages.

When I try and put my finger on what is wrong, the key item seems to be that everyone is increasingly selfish.   Where politicians used to at least pretend to be upstanding members of society of high integrity, we now have Mario Cuomo on the left or Donald Trump on the right.  Our leaders are no inspirational, but thugs interested in getting their way whether it is done honestly or not.

Locally, the degradation of society is most notable with increased membership in gangs.  Whether a gang has ties to a Mexican drug cartel or lower income area of Palm Springs, the increased use of minors in violent crimes is increasing.  At the same time, woke politicians tie the hands of law enforcement while the state seldom prosecutes any crimes against property.

As my octogenarian, history-major father has been saying with increased frequency since the start of the pandemic, what we seem to be witnessing is the crumbling of America from within.

While we can do our part to keep our little piece of the world saner, it increasingly seems like America has become a dystopian fictional place like Ayn Rand’s Atlas Shrugged.