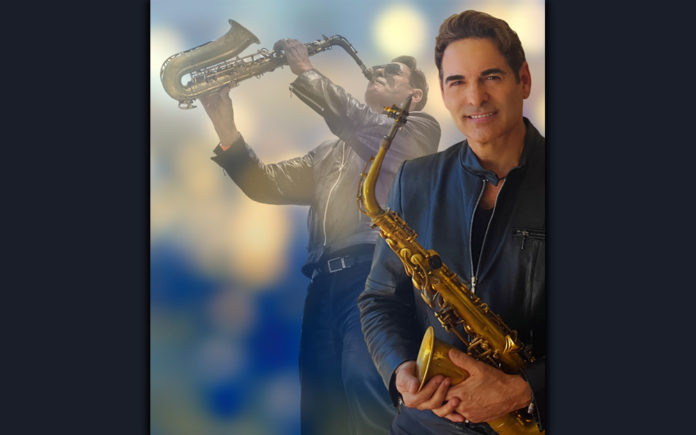 Will Donato is truly my favorite artist. I first met him back in 2010 right after my husband passed. His sax serenades and his dance music lifted me out of my funk and set me on a path to my new career in music promotion.

He was diagnosed with cancer just a few weeks after I met him. I saw his fight for life and his attitude of gratitude that never left. He treats every day as if it was his last. He lives his life with no regrets going full steam ahead! He starts his day with a ‘success shake’ of good for you nutritional things that keep him going strong. With that attitude and spirit I’d like to give an update on some of the spectacular things he has going on in his career.

Let’s start with his new radio and TV show he’s doing with Jack Cohen of Smooth Jazz Live called “Inside the Music.” It’s produced every other Saturday at the LA Talk Studios in Sherman Oaks.

This is something that Will has wanted to do for years and it’s great to see him fulfilling his dreams. His co-host books the guests and they both interview. Will said he loves doing the research and discovering info on new artists outside of his circle. Jack Cohen’s love of music and colorful commentary combined with Will’s passion for inside technical info makes an entertaining show. They interview the best of smooth jazz and R&B artists.

This coincides with the release of his latest CD, Supersonic, which Will produced. He’s released a single by the same name. He also released Groovlution, produced by Steve Oliver and mixed by Darryl Rahn. This is Will’s 7th Solo CD.

We discussed his love for traditional or ‘straight ahead’ jazz and how he loves to pop into see some of the great musicians here in the desert. After a busy night he likes to stop by to listen to some jazz.

This CD was produced organically without electronic keys, tracks or other electronic enhancements. He chose the ‘best of the best’ talented musicians, Tateng Katindig on acoustic piano, Tony Moore on drums, Roberto Vally  on guitar, Darryl Williams on bass and as he joked ‘fancy pants’ (him). He enthused about ‘how freeing’ it is to write music focusing on the excellence of the melody, with no excessive tracking elements. He compared it to Diana Krall and her style of simply a voice and a piano. He has true ‘funk and groove’ underpinnings with a straight ahead jazz feel that makes the horns stand out.

He now has an in home studio, but did the engineering and mixing at Gem Productions and Don Hoeber, whom he raved about. The sound is reminiscent of live performances, a new sound for Will. “A contemporary use of traditional musical elements.”

He continues to fly all over the country doing national jazz festivals and performances. He loves to travel and will get on a plane on a moment’s notice.

The biggest news for Will Donato and Art of Sax (his band that plays dance music) is they have announced a new home for 2017/2018. Arnold Palmer’s in La Quinta will be hosting this popular band on Friday and Saturday nights from 8-12. Fans of the Art of Sax will be delighted to hear that. This is a great venue with great food, beverages, and service. It’s the perfect fit for the season. He’s joined by his good friend Eddie Reddick and his son Shon “Demo” Reddick.  They bring a great mix of R&B, and dance music and are arguably the desert’s most popular dance band.

He’s also joining Fitz and Friends at the McCallum on Nov. 17. He joins a great line up of the best in the Coachella Valley. This is going to be a fun show.  Tickets can be purchased from the McCallum Theatre.

The last biggy is that he has received notice that his new CD has been put on the ballot to be nominated for a Grammy nomination. This would of course be a crowning achievement. Will has been putting out amazing CD’s for years and I would love to see him get the recognition he deserves.

He told me he now plans to put out a new CD next year and plans to have another one by August of 2018. He’s focusing in on his love of writing and recording music in addition to everything else he wants to do. No grass growing under his feet!

He’s playing with the A List of smooth jazz, performing in top festivals and venues and performs with the best of the best.

I’m so happy for Will and his achievements. I look forward to working with him in 2018 to bring him to one of our jazz events. To find out more about Will, check out his website www.willdonato.com or Facebook page. You won’t be disappointed!