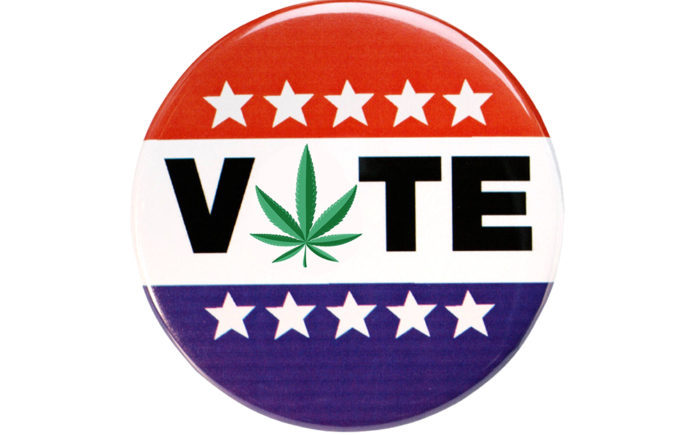 Unfortunately, very few of our California legislatures voted for the CURES bill which would lead to speeding up the approval of experimental drugs for the terminally ill. There are so many legislators in resistance mode they are not thinking of the sick voters who do not obtain symptom relief from traditional pharmaceuticals. Sick people want to switch to a plant based medicine. Compromise is how bills get passed. What compromises will need to be made for Congress to pass a bill to reclassify cannabis?

I am sure if you asked Congressmen Ruiz, Mayes, Feinstein, or Harris if they are aware of the US Government’s Patent #6630507 B1 on CBD they would not know what you are talking about. To have a patent approved, proof of effectiveness is required. I write these articles to allow voters to become more educated than our legislators, so we can demand they stop the hypocrisy. This is the year for change. The cannabis industry is exploding everywhere in the World except within the bowels of the deep federal bureaucracy.

The US Government’s 2003 patent declares Cannabinoids as medicine. The patent states: “This new found property makes cannabinoids useful in the treatment and prophylaxis of wide variety of oxidation associated diseases, such as ischemic, age-related, inflammatory and autoimmune diseases. The cannabinoids are found to have particular application as neuroprotectants, for example in limiting neurological damage following ischemic insults, such as stroke and trauma, or in the treatment of neurodegenerative diseases, such as Alzheimer’s disease, Parkinson’s disease and HIV dementia.”

Israel is not only researching cannabis but prescribing it prophylactically. We need to have the restraints off the research and development.

Many states who had single category criteria, i.e. only for seizures or pain, are adding criteria to their cannabis laws. Greedy states are pricing the product out of reach. Who can afford the $200 permission card plus taxes to use medical cannabis? Banking still is an issue. All this money is in cash which is very unsafe to not only the dispensaries but to the public as well. Now we have PotCoin (https://www.potcoin.com/) instead of Bitcoin.

The way forward is to follow nations like Israel and the UK who are years ahead of America in research, development and use, based on scientific evidence. As CV Weekly celebrates its six-year anniversary following the pulse of Coachella Valley, I am very optimistic about the direction of the cannabis industry. If users become active in writing letters to Congress and the President, we can finally bring cannabis out of the black market. Cannabis users have the power to take back control of our own medicine cabinets.