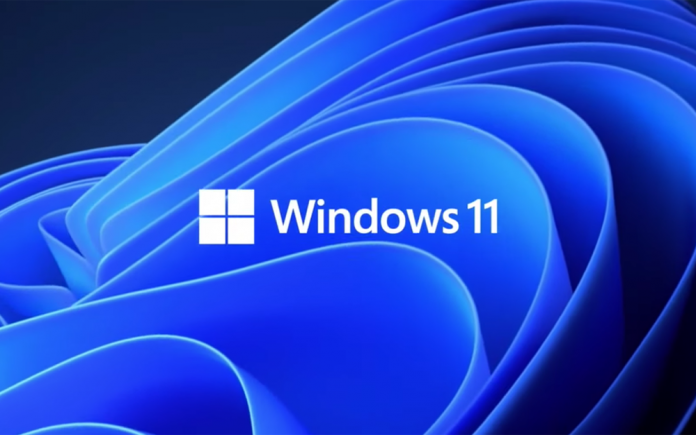 What’s new in Windows 11 and what you need to know.

Microsoft’s new operating system has been officially revealed, and the next edition of Windows will be called Windows 11. The new version of Windows is estimated to be released this holiday season, Fall 2021. Windows Insiders will be able to check out all of the new features over the coming weeks and months, and we’ll all learn more about what’s in store.

According to Microsoft, if you’re signed up as a Windows Insider, you will be able to download a Windows 11 preview right now. Even if their hardware doesn’t satisfy all of the system requirements, Microsoft claims that anyone in the Dev or Beta channels will be able to access the Windows 11 Insider releases.

Microsoft has hinted that new Windows 11 PCs will be available as soon as this fall. Around the same time, Windows 11 will begin rolling out as a free upgrade for Windows 10 users, though not everyone will be provided the upgrade right away. The upgrade to Windows 11 will also be optional, meaning that Windows 10 users will be able to use their current operating system until support ends in 2025. You may now check if your PC matches the new Windows 11 system requirements. There are certain ‘hard’ and ‘soft’ requirements, such as CPU types, but there is a lot of freedom in terms of which hardware can run Windows 11. Those who have signed up for the Windows Insider Dev Channel can start testing starting  June 28th.

Windows 11 (like Windows 10) will be a free update for everyone who has a recent version of Windows and the appropriate hardware.  It’s uncertain whether the new OS will install if your computer doesn’t satisfy all of the company’s minimum system requirements (see below).

The following are the minimum system requirements, according to Microsoft’s blog:

In several ways, these go beyond the Windows 10 system requirements. Microsoft specifies a 1-GHz processor (but not dual-core or 64-bit), 1 or 2GB of RAM, 16 to 20GB of storage space, and a DirectX 9-capable GPU with a minimum resolution of 800 x 600 pixels.

The overall new look and feel

The new visual style extends across various aspects of Windows 11, from rounded edges to content centering and new animations. Here are some of the main features you’ll notice after installing this build:

The new Start menu and Taskbar

With a set of pinned apps and a cloud-powered “Recommended” feature that highlights your recently opened files from both your PC and across your devices, such as your smartphone with OneDrive, Start puts everything you need on your PC at the center.

Beautiful new animations have been added to the taskbar. To witness the stunning new animations, try pinning, launching, switching, minimizing, and rearranging your apps on Taskbar.

It contains four extra themes in addition to the brand new default themes for Windows 11 in both dark and light modes, so you can make Windows feel the way you want it to. The new themes were all created to go along with the centered Taskbar. For those with visual impairments such as light sensitivity, Microsoft has introduced additional contrast themes. Simply right-click on your desktop and select “Personalize” to change your theme.

Widgets allow you to get closer to the information you want.  Simply click the widget’s icon on the Taskbar, swipe left on your touchscreen, or press WIN + W on your keyboard to have your widgets slide out from the left across your desktop. By adding or deleting widgets, rearranging, resizing, and modifying the content, you can customize your experience. The widgets that Microsoft provides right now are focused on your calendar, weather, local traffic, Microsoft To-Do lists, OneDrive photos, sports and e-sports, your stock watch-list, and tips.

The new Snap Layouts (for Multitasking)

Simply hover your cursor over the maximize button on a window to see available snap layouts, then click on a zone to snap the window. With guided snap assist, you’ll be guided to snap windows to the rest of the zones in the layout. A set of four snap layouts will be available for smaller displays. The WIN + Z keyboard shortcut may also be used to open the snap layouts flyout. Snap groups allow you to quickly return to your snapped windows. Snap together at least two app windows on your screen to test this out. To swiftly go back, hover over one of these open applications on the Taskbar and click the snap group.

Microsoft is bringing Wi-Fi 6E to the Windows ecosystem, allowing its Windows OEMs, Wireless IHVs, and ecosystem partners to ship new Windows PCs with cutting-edge Wi-Fi. Wi-Fi 6E is a game-changing innovation that allows for up to 3x more Wi-Fi bandwidth and will change Wi-Fi experiences with faster speeds, more capacity, lower latency, and improved security. Many OEMs have already begun selling Wi-Fi 6E compatible Windows PCs, as well as the first Wi-Fi 6E capable access points and mesh devices. It’ll only work once you’re on this Insider Preview build and have a Wi-Fi 6E compatible PC and driver, as well as a capable Wi-Fi router.

You’ll be able to try out an early preview of the new Microsoft Store with today’s build. Microsoft promises to continue improving and expanding the Store. This release gives you a first look at the Store’s all-new design; in the following months, Microsoft will be adding more functionality, as outlined in Giorgio Sardo’s blog post.

All kinds of apps will be supported in the store, including those created in the PWA, UWP, or Win32 formats. You won’t have to pay any revenue share to Microsoft if you use your own commerce engine. If you use Microsoft’s engine, though, you’ll get an 85/15 split for regular apps and an 88/12 split for games.

Since Microsoft has already published the first Windows 11 preview build, you can already start experiencing it. This will be available through the Windows Insider channel and is intended for developers to get a head start on the next operating system. It has the build number 22000.51 and is the first of many updates planned in the coming weeks as bugs are fixed, functionality is enhanced, and security and performance are improved. However, upgrading from Windows 10 to Windows 11 will be free for PCs that satisfy the final system requirements.

If you have questions make sure to contact us before downloading the new version of Windows 11. Our friendly Eggsperts are here and available to help and for advice.

Get started by calling (760) 205-0105 or emailing us with your questions, service requests, or technology upgrade advice.