“We are pleased to be able to pay tribute to this year’s honorees,” said luncheon chair and past WLF President Amy Blaisdell. “These women serve as tremendous role models and are an inspiration to our WLF members, the young women we mentor and the entire Coachella Valley.”

This spectacular valley-wide celebration pays tribute to women achieving the highest level of success and those making a difference in our community. The event kicks off at 11 a.m. with an elegant champagne reception and spectacular silent auction, followed by a 12 p.m. awards program, live auction and “healthy” luncheon.

All proceeds from the luncheon, and a matching donation of up to $50,000 from Pathways to Success, a division of the Coachella Valley Economic Partnership, will go directly towards college scholarships for the best and brightest members enrolled in WLF’s Young Women Leaders Mentoring Program.

“This luncheon not only pays tribute to these four fabulous women, but also helps our organization raise the much needed funds to provide college scholarships to deserving young women leaders,” said Blaisdell.

Luncheon ticket prices are $65 for WLF members and $85 for non-members. For more information, visit www.wlfdesert.org.

This year’s spectacular “Women Who Rule” include the following recipients: 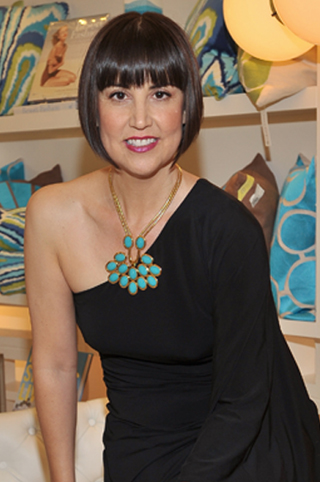 Famed fashion designer and business visionary Turk is world renowned for putting the iconic Palm Springs style on the international stage. Known for her bold prints and dynamic hues that celebrate the relaxed Palm Springs resort lifestyle, Turk is much respected locally as the pioneer who first took a chance on what is now the flourishing Uptown Design District in the City of Palm Springs. The shopping destination, celebrated around the world by tastemakers and lovers of fashion, furniture, design and all things modern, is now an ultra-cool style mecca due in large part to Turk’s initial investment with her first store, located at 891 N. Palm Canyon Drive. In addition, she recently opened the first Mr. Turk men’s retail store in Uptown and her brand and vision have played a tremendous role in the renaissance currently underway in the city. A passion for mid-century modern architecture and preservation, Turk spends much of her time in Palm Springs with her husband, photographer Jonathan Skow, and together they own the mid-century modern estate “Ship of the Desert,” which has become a showpiece for the iconic Trina Turk Palm Springs lifestyle. Turk also recently underwrote the sleek new Trina Turk Gallery inside the Palm Springs Art Museum’s new Architecture and Design Center. A dynamic businesswoman, she runs a multi-million dollar fashion empire inspired by the good life in Palm Springs and is passionate about promoting and celebrating all the wonderful things this uniquely original destination has to offer. When it comes to creative vision and style, Trina Turk rules the landscape and is truly a desert visionary. Her designs can be found at trinaturk.com. 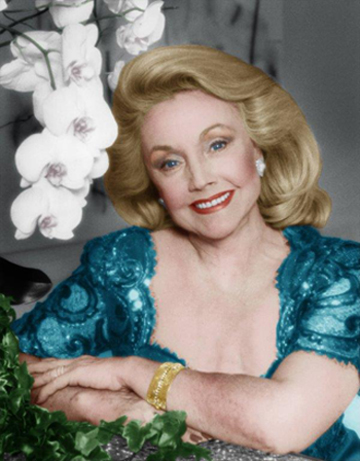 Cravens is a former Broadway musical star who today enjoys giving young people a chance to succeed. A current Board member and former President of the College of the Desert Foundation, she generously donated $3.5 million to COD with her late husband, famed photojournalist Donald Cravens, to build the state-of-the-art Peggy and Donald Cravens Student Services Center. She is also a major supporter of the college’s tremendously successful “Step Up for COD” fundraising campaign. Additionally, Cravens is well known in the community for her leadership in helping to revive the internationally renowned Joanna Hodges Piano Competition, an Olympics-styled piano event for pre-teens, teens and young adults — into what is now the world famous Virginia Waring International Piano Competition. Held every year on the campus of the College of the Desert, the competition brings hundreds of the best student pianists from around the world to compete and is an important economic stimulator for the Coachella Valley. In addition, Cravens is a long-time supporter of the McCallum Theatre and many other local charities supporting education in the Coachella Valley. 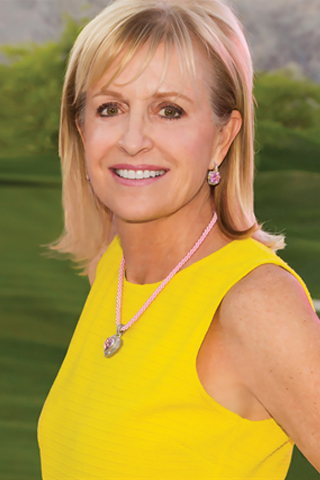 Dunham experienced her first irregular mammogram 10 years ago and in 2005 a biopsy revealed that she had Stage III breast cancer. Eight rounds of chemotherapy followed – and then a mastectomy, during which doctors at Eisenhower Medical Center found cancer in her lymph nodes. Subsequently, Dunham had 33 radiation treatments and believes “the day I was diagnosed was the day I became a survivor!” Nine years later, she is still a survivor. It is that life-changing experience which led Dunham and her friends to found BIGHORN BAM, standing for Behind a Miracle, supporting cancer patient services at Eisenhower Medical Center’s Lucy Curci Cancer Center. In seven short years, BIGHORN BAM has raised $4.5 million for diagnostic equipment, treatment, transportation, education and support services. BIGHORN BAM and Eisenhower Medical Center are committed to serving the 25,000 patients seen annually and through the state-of-the-art equipment donated, doctors can now find cancer as small as a seed. In addition, BIGHORN BAM’s donation of $270,000 to the Pendleton Foundation supports local cancer patients undergoing financial struggles and in need of grocery, gas cards, paid rent or utilities to ease their burden. Community partners like The Shops on El Paseo, Leeds & Son, and Saks Fifth Avenue have partnered with BIGHORN BAM to raise hundreds of thousands of dollars for cancer services. Dunham attributes the success of BIGHORN BAM to the philanthropic donors, volunteers, and countless sponsors in the Coachella Valley who have stepped up time and time again. She believes cancer was a blessing that gave her the opportunity to put her life into perspective and truly make a tangible difference in the lives of Coachella Valley residents stricken with cancer. 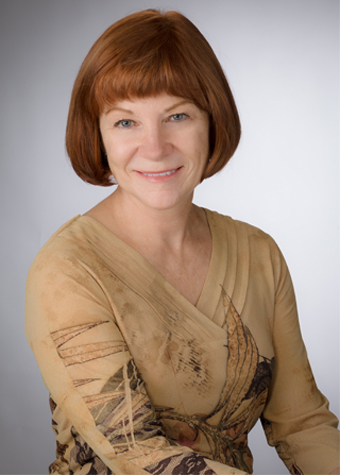 A Canadian who moved to the Coachella Valley in 1998 to lead the Work Experience Mentoring Program at Cathedral City High School, Rudd is well known in the community for developing a much celebrated job shadowing program in Palm Springs Unified School District — and she now leads the hugely successful Partners in Education Program at Palm Springs High School. In 2005, Rudd also created the district’s Healthcare Careers Exploration Program, which is still thriving today. A dedicated supporter of Women Leaders Forum for many years, Rudd has partnered with WLF to ensure students are knowledgeable about the Young Women Leaders Mentoring Program and the potential for college scholarships once they complete the program. For her commitment to education, Rudd is a 2009 recipient of the prestigious Palm Springs Chamber of Commerce Athena Award and in 2010 she received the Ruby Award from the Palm Springs Soroptimist International. Rudd’s passion is developing and maintaining community partnerships to benefit students so that they have the opportunity to explore different careers and find mentors that will help them succeed in their chosen profession and in life.

Founded by Indian Wells City Council member Mary T. Roche, the mission of Women Leaders Forum is to empower and develop women leaders of all ages and backgrounds in our community. Since its inception in 2001, Women Leaders Forum has raised over $500,000 in college scholarships for the best and brightest enrolled in the Young Women Leaders Mentoring Program.