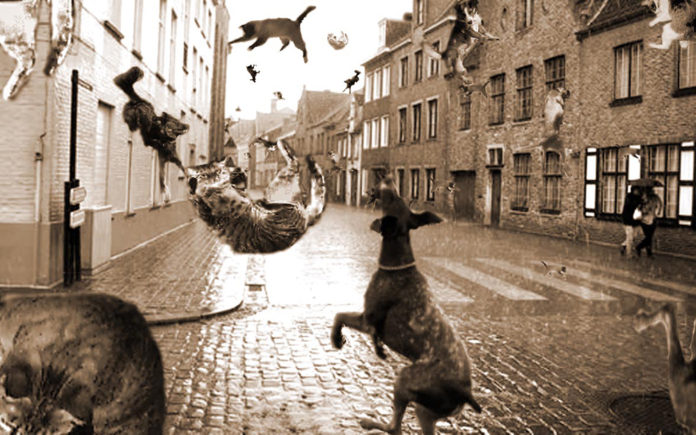 With temperatures peaking at levels high enough to slow cook barbecue in your car, we are officially in the dog days of summer. Ever wonder where the phrase ‘dog days of summer’ comes from?

Where we think of the phrase as meaning that it is so hot out that dogs just laze around, the origins date back to Homer (the Greek writer, not the Simpsons character). Homer referenced the phrase in his book, The Iliad, while stargazing as the heat of the summer corresponded with the rise of constellation Sirius, the dog of Orion, in late July. The rise of Sirius corresponds with the hottest time of year when the weather can bring about fever and tempers which leads to war and disaster, says Jay Holberg, scientist at Arizona’s Lunar and Planetary Lab. Anne Curtain of the University of Michigan points out, “When we don’t know the origin of a phrase, we come up with a plausible explanation.” In this case, the new meaning takes the place of the original meaning.

Another example of this is the phrase, ‘It’s Raining Cats and Dogs.’ This phrase dates to the mid-1600s and the Richard Brome play, The City Witt where it reads, “The world shall flow with dunces…and it shall rain dogs and polecats, and so forth.” In modern society, the phrase now refers to torrential rains.

What about the phrase, ‘breaking the ice’? Its first use was in Lord Bryan’s novel, Don Juan in 1823 when he wrote, “And your cold people are beyond all price, when once you’ve broken their confounded ice.” Bryan is referring to the breaking of the ice on a river or lake so that boats can pass. Over time, the meaning changed into a phrase that means the relaxation of a formal atmosphere or social situation.

Have you ever received a baker’s dozen and wondered where this practice began? The earliest references to the phrase are made in John Cooke’s book, Tu Quoque where he writes, “Mine’s a baker’s dozen: Master Bubble, tell you money.” The practice of a baker giving a person thirteen or fourteen items instead of twelve began before the phrase ‘baker’s dozen’ came into existence. One thousand years ago and during the reign of King Henry II in the United Kingdom, bakers were regulated by the trade group, The Worshipful Company of Bakers and a law called the Assize of Bread and Ale (back then, Assize was the word used for Law). The idea was that the price of bread was based on the price of wheat. As bakers could be flogged and fined for providing underweight bread, they would typically add an additional loaf or two to ensure that they were shorting their clientele which were often the big wigs of their day. 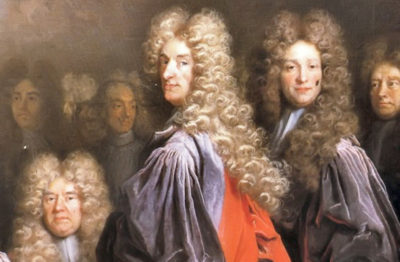 The phrase ‘big wig’ came into being five hundred years ago during a time when Louis XIII ruled France. As Louis XIII went bald early in life, he took to wearing a periwig. Less than 50 years later, the wearing of big periwigs was a near requirement for anyone of substance such as a nobleman (aristocrat), successful businessman or barrister (lawyer). By the end of the century, periwig was shortened to wig. During the 1700s, wigs became so big that these headdresses required internal scaffolding to help the wig maintain its absurd height. This exaggerated head wear became the rage of the rich and powerful to show their standing in society. The owner and wearer of these large wigs incurred substantial costs in simply maintaining these big wigs.

Haddon Libby is Portfolio Manager and Fiduciary at Winslow Drake Investment Management where he serves as Managing Partner. Haddon can be reached at 760.449.6349 or HLibby@WinslowDrake.com. For more information, go to www.WinslowDrake.com.