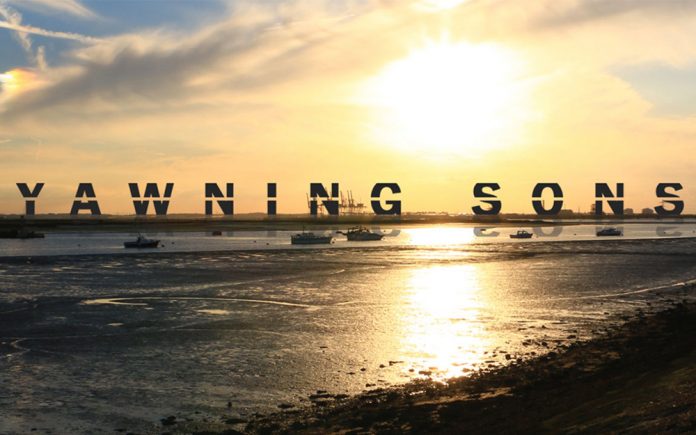 The first single from the new Yawning Sons album Sky Island, to be released on March 26, 2021, on Ripple Music, is called Shadows and Echoes. The song is available on Soundcloud. A great uptempo and trance-inducing Psychedelic Rock song, Shadows and Echoes features the lofty and captivating vocals of Wendy Rae Fowler’s traversing a propulsive drum sound and bass line while hued by the articulate and unequivocal guitar of Gary Arce (Yawning Man, Ten East, Dark Tooth Encounter). Fowler has also done guest singing for Queens of the Stone Age and Mark Lanegan.

Yawning Sons, the transatlantic collaborative project from Desert Rock pioneers Yawning Man and United Kingdom band Sons of Alpha Centauri, broke the barriers with the album Ceremony to the Sunset in 2009. In the year prior, Arce, the Coachella Valley Music Award’s 2016 Trailblazer recipient, flew out to the UK to produce an album with the Kent-based instrumental riff-rock quartet, Sons of Alpha Centauri. Upon the first day of working in the studio, it was clear that something special was taking place. Within the space of a week Gary and the band would work together to write and record Ceremony to the Sunset. Arce reminisces, “It started in 2008-09 when I flew to England and stayed a week and just jammed and recorded, it was a collaboration of shared ideas, it’s always been like that. Everyone else involved were guests we invited to join.”

The following few months after recording, more additions were made to the recording: vocals from Scott Reeder (Kyuss, Obsessed), Mario Lalli (Fatso Jetson, Desert Sessions) and Wendy Rae Fowler (Queens of the Stone Age, Mark Lanegan, Unkle). The results are sublime. From the soaring vocals of Fowler on the opener, Ghostship – Deadwater, to the drone-laden vocals of Reeder on Garden Sessions III, which is almost like a blend of period ‘Floyd, through to the extended guitar workouts on the Lalli-helmed Meadows, right on through to the chiming guitars and metronomic drums on the closer, Japanese Garden, Ceremony To The Sunset will prove to be a revelation to fans of any and every of the artists involved, and will appeal greatly to lovers of Kraut/Psych/Desert Rock.

And now with the release of their second record Sky Island, the composite of musicians continue to mobilize their musical approaches from seemingly contrary sides of the globe to produce sounds that bring the best of both bands into the light; Yawning Man’s sophisticated musicality interlaid with fluctuating and vulnerable songwriting and Sons of Alpha Centauri’s dense, symphonic and enveloping loudness. Yawning Sons is Gary Arce (guitars), Marlon King (guitars/vocals), Nick Hannon (bass), Stevie B (drums), Kyle Hanson (drums) and Blake (effects).

With regard to the album’s first single, Arce doesn’t put too much emphasis on choice of but doesn’t deny it’s omnipotence. “I didn’t choose the song that was the featured song for the record. From what I was told, Wendy’s song was the song people tended to like the best. There’s no wondering why, Wendy is fuckin’ incredible! Hopefully, really soon, Wendy and I are going to do a project apart from Yawning Sons. We will do something on our own. We’ve talked about it for a long time.”

Fowler also shared about her participation in the recording, “I thought it sounded great as an instrumental! And for this reason I wanted to create super-simple atmospheric vocals that would complement the instrumentation rather than collide or compete with it. I love the sentiment of the track and the background vocalss were by far the most fun to record.”

Through the years Arce has been referred to as “overlooked” or “unsung” as a guitarist. “Unsung? I don’t think too much about that stuff. I don’t pay attention to other guitar players or what’s being said. I’m always experimenting with guitars, foot pedals, tunings and different stuff”. The truth is, Arce’s playing has influenced Desert Rock pioneers like Josh Homme and Mario Lalli to name a few. In 2019, Homme was quoted in CV Weekly, “With guys like Gary Arce, these guys are a little older than me and they were already doing it so I just believed it was possible. I think more credit to them than to me certainly.” Arce expounded on his approach, “I’m always looking toward the future and innovating on a personal level and if people like it, that’s cool. If people don’t like it, that’s cool too, I don’t think about it too much.”

To consider the alliance of Arce and Sons of Alpha Centauri, we must also consider the challenges of the long-distance interrelationship. Arce shared that his portion of the music was recorded in 2018. “To be truthful, I laid the guitar tracks three years ago here in Joshua Tree. Sons of Alpha Centauri took the guitar tracks and they added more guitars and other stuff and invited the guests in.” The whole story only adds to the allure of the affiliation. “I wasn’t really hands-on on this album as much as I would have liked to have been. The song that Wendy sung on was the first song I heard and I was blown away. Wendy Rae Fowler is an incredible singer and extremely talented.” 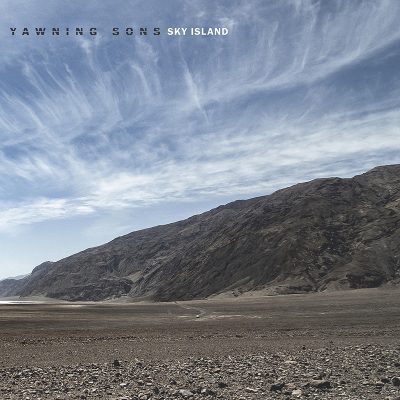