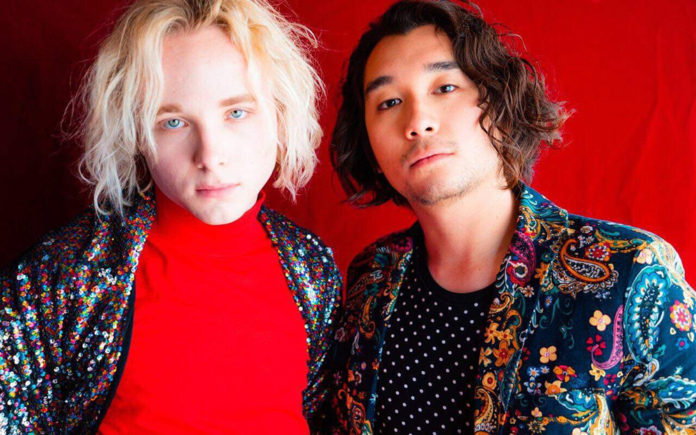 Premiere the New Song & Video for The Death of a Gentleman

Coachella Valley artist and 2017 Coachella Valley Music + Arts Festival performers YIP YOPS are currently on the road with the rock band of brothers KONGOS on their 1929 Tour Part Two along with stylish duo FITNESS supporting their current single “Sinner” and “The Death of a Gentleman” which will be released on 10/4. The world premiere of the video for the song “The Death of a Gentleman” will be available on YouTube at 9 p.m. on Thursday Oct. 3rd.

Vocalist and multi-instrumentalist Ison Van Winkle and drummer Ross Murakami are also excited to hit the road again for their slot at Freakout Fest on November 15th in Seattle and to support American Punk Rock band Radkey at Brick and Mortar in San Francisco on Nov. 14th.

Here’s a quick review of their most recent release and the upcoming song.

The Death of a Gentleman

This is the fast-moving tempo I’m used to from YIP YOPS. I’ve been lucky enough to see them rehearse, record in the studio and perform live so hearing the final product really provides a round trip for this listener. The song kicks off in anthemic style then imbeds dramatic piano chords. Murakami’s drums are as tight as ever. This is the product of his attention to detail. The grand pause of drums allows the song to breathe with synths taking the forefront. Lyrics: “If I die tomorrow, will you be the same? Will I be replaced? Tell me you’re OK? Do I have a say? I am just a man.” Van Winkles’ lyrics are ominous and leave the song’s implication to your imagination. Murakami’s drums return strongly. Van Winkles’ vocals are poised and have really advanced over the years. There’s an identifiable tone of readiness. For this listener, there are New Wave indications of Oingo Boingo and Danny Elfman.

The song begins with chime-like sounds, keys and drums with a syncopated rhythm. The song has deep tones and is bass heavy. Although the band is identified as New Age, there is so much more going on with its dance beat and synth-strong saturation. Lyrics: “I’m not OK, I wish I knew better, take me away.” It appears Van Winkle is sharing about how he accepts his deficits as sin but also sees the need for darkness to appreciate the light. The video for the song is monochromatic and appears to look through the lens of a crucifix. I’m certain there’s a conceptual purpose for the cross and I intend to ask Van Winkle when I see him again.