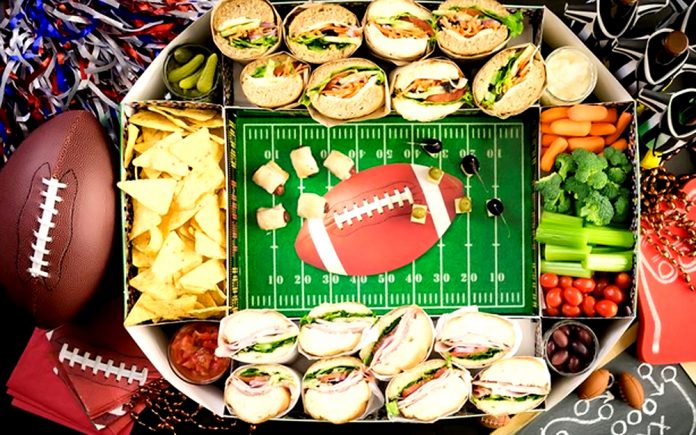 “As you prepare for Super bowl festivities make sure to be a good sport and keep your ‘Safety’ front and center at all times,” reminds Fire Chief Sam DiGiovanna.

Why? Super Bowl Sunday is the biggest one-day sporting event in the United States and unfortunately one of the most dangerous days on roads and highways. It’s estimated that 325 million gallons of beer are consumed by Americans on Super Bowl Sunday. That’s roughly one gallon for every man, woman, and child in the country. Aggressive behavior increase and there are more opportunities for food poisoning than any other day.

So, are you hosting the game in your Home Field? Be a good Quarterback and avoid a false start with unhealthy foods. Keep the ‘tight end’ looking just that ‘tight’ by adding healthy snacks to your menu instead of high fat foods, or go for that super bowl trophy by serving all healthy snacks. Let’s avoid that ‘Wide Receiver’ if possible.

Watch your ‘Safety’ as you prepare game day meals and snacks, follow food safety guidelines to prevent illness. If you’re barbequing make sure you have a fire extinguisher near and keep the grill away from combustibles.

Limit alcohol. None of us want a penalty for drinking and driving. Be a good Line Backer and take steps to make sure you and other guests avoid driving under the influence of alcohol. Be a good Center and designate a non-drinking driver before any party or celebration begins.

Never leave children unattended. Make sure your pets can handle the excitement before placing them in new or strange situations.

Don’t be the “Offensive Lineman” by being a poor sport or offending others. People and their behavior have a tendency to change on Super Bowl Sunday. Don’t get tackled un-expectantly, keep the attitude in check and use common sense!

Have fun, be Safe and avoid any unnecessary roughage by being smart and using your “situational awareness” at all times!