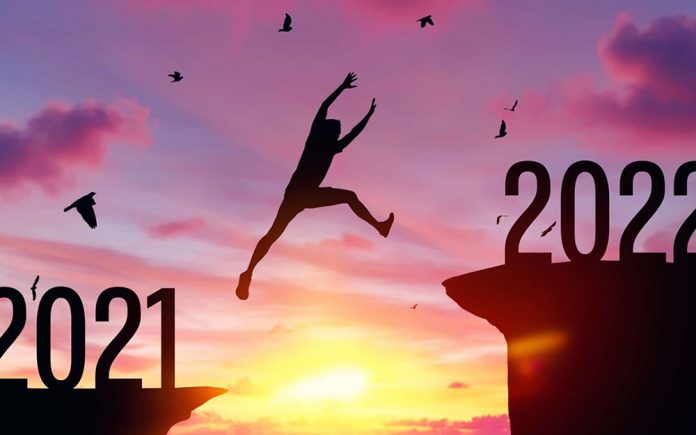 Over the last two years, the Dow Jones Average has gone up 26%.  When you think of the economic road that we have travelled over that time period, the performance is nothing short of remarkable.

That success, as well as low unemployment rates are thanks to some of the policies needed to get through the first COVID wave.  All told, the Federal Reserve and U.S. Treasury grew the money supply by nearly 40%.  This proved that Central Bank actions have the ability to overpower markets in times of economic peril when human behavior can be expected to make a bad situation worse.  If we use the general shortage of workers as our gauge, Fed policy was successful albeit at a future cost.

The near-term cost is inflation.  By most accounts, inflation was well over 12% for 2021.  Expectations are for inflation to slow if not fully abate to 6%.  This forecast is at best shaky as estimates expect that omicron will only serve to slow economic growth by three months.

Longer-term, higher debt levels make for a less valuable dollar which extrapolates out to a lower standard of living for most.

The IMF sees global economic growth of 6% for 2022.  Growth is expected to be strongest in richer developed countries like the United States and the Eurozone and slower in poorer regions of the world. Some of this disparity is due to a COVID vaccination rate of nearly 60% in developed countries and less than 6% in poorer countries.  Problems were exacerbated by vaccines from China, Russia and Japan that were less effective than the Pfizer and Moderna jabs.

Overall, stocks globally went up by 18.5% in 2021.  Growth was strongest in the United States while Chinese stocks were amongst the worst – down over 20%.  Meanwhile, the Eurozone was up 13%, U.K. 17% and Japan a mere 0.6%.  The general consensus is that markets will moderate in the U.S. to a 7-9% increase in stock prices with non-US markets improving as COVID enters the pandemic phase.  So long as supply chains are stretched and companies can maintain current margins, 2022 is expected to be a good year for most businesses.

Long seen as a safe harbor against risk, bonds became drags on the income potential of most investment portfolios in 2021 as shown by the US bond index that was down 1.5% on the year.  This decline means that the return on bonds was inadequate to offset the lost value caused by higher rates.  As the Federal Reserve has not yet begun removing excess cash from the system, it can be expected that bonds will produce even weaker returns over the next two years as the Federal Reserve increases rates from nearly zero at present.  For example, a 1% increase in rates can reduce the value of an existing Treasury bond by 10%.

Equities are often referred to as Growth Stocks or Value Stocks with those in the middle being a mix of each.  People looking for higher dividends typically lean toward value stocks while those looking for higher returns look at growth stocks.  For more than ten years, growth stocks have produced the highest returns each year.  Growth stocks are companies like Tesla or Amazon while value stocks are companies like Bank of America or Chevron.  Companies like Apple or Home Depot.  In a bit of a surprise companies that were a blend of growth and value put up the best returns for the year.  Value continued to lag both blend and growth companies.  This seems to make sense as banks and oil companies may be in cyclical declines to technology companies.

Looking at 2022, history suggests that it will be a good year for equities but not so good for bond holders.  Investors are best served by remembering that cash flow is king.  If a stock is measured in terms its price relative to sales (vs. earnings), that stock is most likely overvalued.