Father’s Day was an afterthought to Mother’s Day which seems reasonable when you consider that men kept women from voting until the last century and equal pay for equal work until even today.  Candidly, we men should be thankful that women of a bygone or current era have not revolted against us to form their own independent nations.  Just think of all the wars and skirmishes that could have been prevented…or maybe men would have blown Earth up by now, who knows.

In any event, both parental holidays are American creations. The roots of Father’s Day can be found in Mother’s Friendship Day which was started by Anna Jarvis in 1868 in West Virginia.

Five years before Mother’s Day became an official U.S. holiday in 1914, Sonora Dodd began her work on Father’s Day.  As one of six children raised by her widowed, civil war veteran father, William Smart, she felt he deserved a day of recognition and remembrance just as much as any mother in the world.  Her inspiration came while helping her local church ready for its first Mother’s Day celebration.

Through her work, the first Father’s Day happened in 1910 on the third Sunday in June in Spokane, Washington.  President Calvin Coolidge gave the Father’s Day movement a boost in 1924 when he recognized that Father’s Day might help “establish more intimate relations between fathers and their children.”  It was not until 1966 that Father’s Day received a Presidential proclamation and yet another eight years to become a national day of observance.  A ninety-two year old Sonora Dodd was at that first Father’s Day.

Currently, forty countries around the world celebrate Father’s Day in one way or another.

In India, Father’s Day is a new celebration that has only been recognized for about ten years.  Western influence in the larger cities as well as a strong marketing push by greeting card companies is quickly raising the day’s profile. 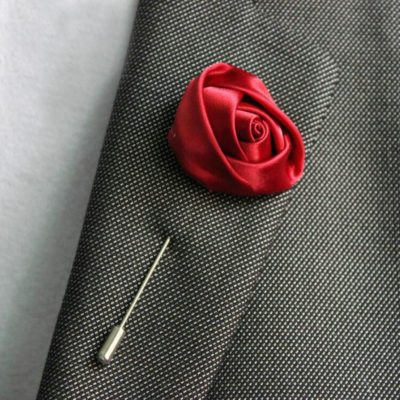 Germany celebrates Vatertag or Mannertag on Ascension Day which is the first Thursday occurring forty days after Easter.  Tradition says that men should go on hikes with wagons of beer and wine (for hydration I imagine).  It should come as no surprise that this holiday has some of the highest alcohol-related accident levels of the year.

Here in the United States, we celebrate with big breakfasts and, until recently, neckties. With the near death of the necktie in business, what is someone to get their father?  While golf stuff, a book or tools might be okay for Baby Boomers, we are now in a world run by GenXers and Millennials where manscaping, metrosexuality and the micro-dosing of LSD are all the rage.

If they shave using the old-fashioned razor blade, how about a membership to an online shaving club like the Dollar Shave Club?

If you are trying to encourage more exercise or a healthier lifestyle, how about a FitBit that tracks exercise levels, heart rates and sleeping patterns?

If exercise isn’t his thing, does your father have a drinking problem?  Hopefully not as a bottle of his favorite beverage is always a winner.

Haddon Libby is the Founder and Managing Partner of Winslow Drake Investment Management.  For more information on their award-nominated services, visit www.WinslowDrake.com or email HLibby@WinslowDrake.com.