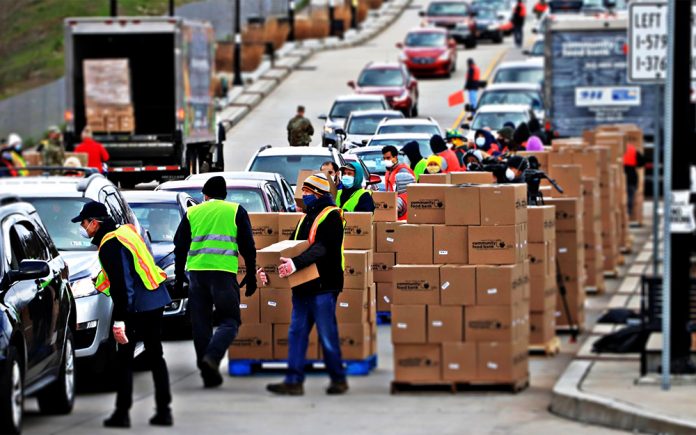 What is the unemployment rate?

Before we can calculate the unemployment rate, we need to know how many people are employable.  As such, we exclude children and the retired.  This leaves us with a base of employment-aged people although a large number of people do not participate in the workforce.  Different reasons why someone might not participate could include child raising, early retirement or a personal or family illness.  Others are unemployable due to skills, geography and any number of other reasons.

At present, 61.6% of those of employment age are participating in the labor force.  Stated differently, six out of ten people who are not retired, in school or retired are working while the other four do not.  If we compare this with 20 years ago, nearly one more person in ten is not in the labor force than in the past.

The labor force participation rate amongst men is 70% and 55% amongst women.  Amongst minorities, 65% of Hispanics, 63% of Asians and 60% of blacks participate.  Only one in three under 20 years of age participate.

Now that we know the percentage to include amongst the potentially employable, the unemployment rate is simply the percentage of those folks who are not employed.

Over the last fifty years, the government in consult with economists, have regularly redefined who to include as unemployed.

At the most basic level, people looking for work should count as unemployed.  If we include those working a part-time job because a full-time job as well as those out of work for up to 12 months, we come up with something called the U-6 rate of unemployment.  As of the end of November, one in eight people across the United States was considered unemployed.  If you add those who do not work, we had more people of working age who were not working than those who were.  While this sounds nice in a 1950s-style Ozzie and Harriet world, is that the case today?

What happens to those who want to work but have not over the last year?  They are simply excluded.

The headline unemployment rate that you typically hear in the news excludes people out of work for more than 15 weeks as well as those working part-time.  If you exclude these fairly common groups of unemployed folks from the unemployment numbers, you get a 6.7% unemployment rate – a number that sounds a whole lot better than 12%.  None of this speaks to the millions of people who are underemployed in jobs that pay less than they would normally make and/or underutilize their skills.

Here in California, the official unemployment rate was 6.7% as of the end of November.  This figure undercounts the true number of unemployed as the Employment Development Department (EDD) have a backlog of claims of approximately 1 million.  Properly counted, California’s official unemployment rate is closer to one in ten than 6.7%.   One can estimate that our U-6 rate is closer to 15%.  Following Governor Newsome’s most recent shutdown orders, we can expect this number to swell in December.

While figures are not available for the Coachella Valley, it is fair to assume that the unemployment levels are higher here than throughout the county or state due to our reliance on tourism.  Without official figures, it is fair to estimate that closer to one in five folks are unemployed or working part-time in search of full-time work in the Coachella Valley.  None of this considers the plight of undocumented workers in our region.

Unless we get a Christmas miracle, things that were going poorly before the shutdown and can only be expected to get worse over the next month.  While we can expect relief in six to nine months, that does not help those in need today.

For those with the ability to help others in need, now is the time.

Haddon Libby is the Founder and Managing Partner of Winslow Drake Investment Management.  To reach him, please email Hlibby@winslowdrake.com or visit www.WinslowDrake.com.