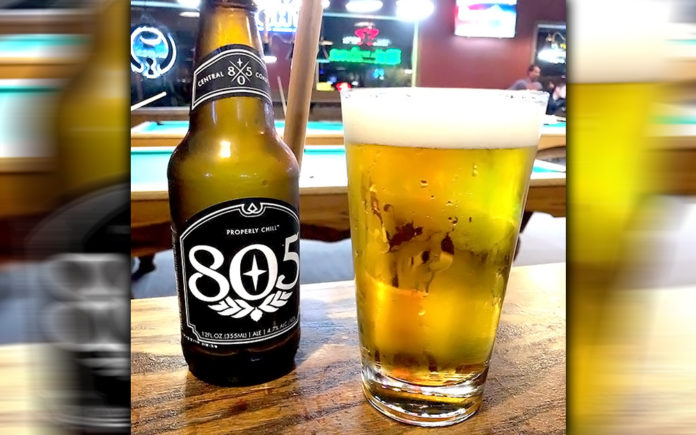 Originally created to as a crossover beer, designed to bring American lager drinkers over to the microbrewed side, the popularity of golden and blonde ales has risen, fallen, and risen again. Derided by the craft drinking elitists as lacking in perceived value (caloric, financial or otherwise), this often-overlooked beer is often treated as badly by brewers as it is gatekeeping consumers. Treated as a dumb beer for dumb people, craft brewers seemed to contemptuously make their golden and blonde ales as boring as they can, in some misdirected effort to “give the masses what they wanted.” (That’s not even someone else’s quote. That’s my quote). And while the masses who stray from the safe confines of PBR for the first time may enjoy the lack of flavor found in most uninspired blonde ales, leave it to Paso Robles Firestone Walker Brewing Company to create a recipe, brand, and legacy that helped to redefine what the blonde ale can be.

Browse through Firestone Walkers website, through their portfolio of beers, and you won’t find a single mention of 805. Instead, the ale has its own website that gives very little information about the beer itself, but rather seems to be about selling a California lifestyle. A seemingly odd move, seeing as how Firestone Walker is one of the west coast’s most esteemed and respected craft breweries, a brand known amongst beer geeks for their barrel-aged barleywines, stouts, and sours. The company has wrapped their entire marketing angle for 805 in a shroud of mystery, with the beer being a brand unto itself, and having no mention of its lineage or style. By removing obvious ties to craft beer, Firestone Walker has allowed the mainstream, macro-beer drinker to try the product and enjoy it without labels. The fact that 805 is now distributed across 5 states and considered a top 25 national beer brand speaks volumes about how effective clever marketing can be. While it is a tasty beverage, 805 is an American blonde ale, even fitting nicely within the parameters of BJCP competition guidelines. With a bready, biscuity malt body, and a lightly citrusy hop finish, 805 has made the American blonde ale a huge hit by showing instead of telling people what the beer is.

I’ve made mention before of the interchangeable usage between the titles “golden” and “blonde” ale, something which causes confusion amongst consumers as well as marketing teams to this day. While the English Golden Ale and the Belgian Blonde Ale are both cousins of sorts to the American style, make no mistake that the American style is one and the same. Kona Brewing Co’s Big Wave Golden Ale is fruitier, with a more tropical tasting hop variety used than 805 displays, but both beers share similar characteristics across the board. Kona could have easily called their product “Big Wave Blonde Ale,” and no one would have batted an eyelash. Calling your beer one name or the other is simply the dealer’s choice, and probably has to do with regional marketing more than anything else. 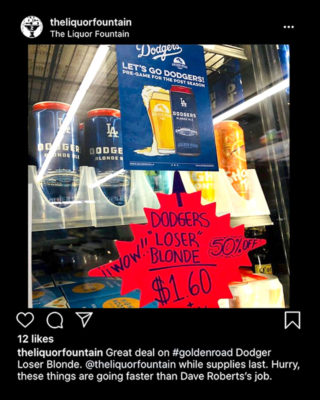 Los Angeles Golden Road has been a brewery craft beer fans love to hate ever since they sold to corporate megabrand AB InBev. Their Dodger blonde ale was a brilliant move of marketing synergy, meant to rally all of Southern California’s Dodgers fans, and have them drinking plastic cups of Budweiser’s imposter-craft ale instead of just regular old Bud Light. Unfortunately, the Dodgers were eliminated in abysmal fashion from the National League Division Series, and the bad loss seems to have put a tarnish on anything with the teams’ name on it, including Golden Road’s Dodger Blonde Ale. A photo posted to Worstbeerblog shows a convenience store in the LA area selling their “loser blonde” for 50% off (ouch). It’s pretty ironic that while Firestone Walker quietly upped the reputation of the blonde ale, Golden Road took a huge, sloppy dump on it. It’s like it could go no other way.

The American blonde ale is never going to appeal to the craft drinking elite, but it was never meant to in the first place. Often one of the first beers made by home brewers, it’s affectionate referred to as a “lawnmower beer,” something unfussy and tasty enough to crush on a warm spring day. While a lot of small breweries are doing themselves a disservice by brewing contemptuous versions of the style, look to 805 and Big Wave Golden Ale as delicious versions of the style worth drinking.