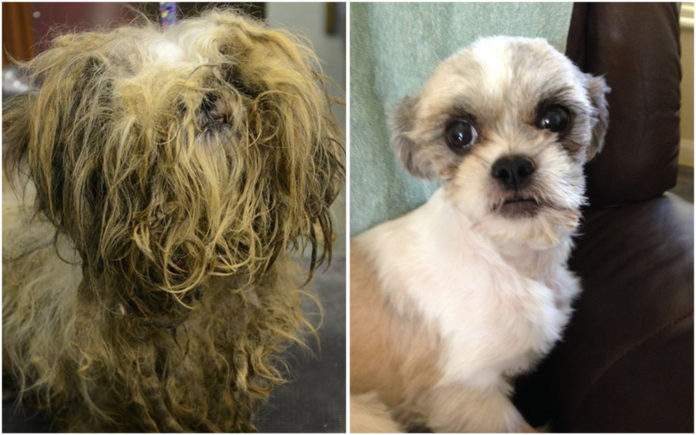 Hoarding is a horrible form of animal cruelty, affecting almost 300,000 animals every year.  These cases can involve hundreds of animals, and when discovered, overburden our already crowded public shelters.  Animal hoarding is characterized by an obsessive collecting of animals, and the inability to provide minimal levels of nutrition, sanitation, and veterinary care.  Hoarders are in denial as to the lack of care for the animals.  Animal hoarding is covered implicitly under every state animal cruelty statute, but cases are often difficult to prosecute.  The victims can’t testify, and our crowded court system prioritizes crimes against humans.

These two Inland Empire hoarding cases happened back in 2014, but sadly cases like it surface every year.  On the July 4th holiday that year, over 50 dogs and cats were seized from a property in the high desert city of Phelan as part of an ongoing animal neglect investigation.  They were surrendered to San Bernardino County Animal Care and Control and taken to their shelter at Devore, already crowded with animals fleeing holiday fireworks.  The vast majority of them were Shih Tzus, a highly prized small breed of dogs.

I was shocked when I went to see the dogs.  They looked like little alien creatures, their fur in dreadlocks full of feces, debris and food, almost unrecognizable as canines. It looked like fecal dreadlocks hanging down from their faces.  Their horrific odor permeated the facility.  It was heartbreaking to see how they struggled to move about with their “helmet like” matting.

Doug Smith, Supervising Animal Control Officer at the Devore shelter, described the dogs, “They went through an amazing transformation once they were groomed. Initially they barely moved.  The dogs didn’t seem to like water, but after they were groomed they became engaged with each other and wanted to interact with people.”  The shelter staff worked diligently to promote their adoption.   The San Bernardino county shelter in Devore, about one hour from Palm Springs, is located at 19777 Shelter Way, San Bernardino. Call (909) 386-9820, or check their website at www.sbcounty.gov/acc.

Loving All Animals in Palm Desert rescued one of the Shih Tzu’s, a 3-yr-old pup we named Piper who is pictured here.  Dogs usually trust quickly, and have a remarkable resilience to overcome the worst of backgrounds.  Piper proved that theory true, a bit timid at first, but soon transforming into a loving and happy creature.  Her foster mom describes Piper, “I expected a dog from a hoarding situation to be shy, frightened and uncomfortable around humans.  But when I first picked her up she was ready to be hugged and caressed.”  Piper wants lots of human touch, perhaps making up for the unbearable years when she didn’t receive this.

Dramatic stories grab the attention of the media and the public. The holiday Shih Tzu seizure story went viral on Facebook generating over 30,000 contacts.  Media outlets covering this story included KCBC, KTLA, KABC, the Associated Press, the LA Times and the San Bernardino Sun.  Adopters and private rescue groups responded to the call, and in a happy update all the dogs went to new homes or rescue partners.

Another case that year also involved hoarding of a specific breed when 61 Shetland Sheepdogs (Shelties) were discovered during a home fire in Riverside.  The residents relinquished custody of the dogs to Riverside County Department of Animal Services.  The dogs were in good health, though some were fearful.  A popular breed, the Shelties were quickly adopted.  Our local Riverside county shelter, the Coachella Valley Animal Campus, is located at 72-050 Pet Land Place, in Thousand Palms.  Call (760) 343-3644 or view their animals at www.rcdas.org.

What can you do to help animals victimized by hoarding?  Be vigilant.  Contact your local animal control office if you suspect animal abuse or hoarding.  If the hoarder is a friend or relative, get them mental health treatment. Sadly, most perpetrators will start collecting animals again after their animals are seized, and even after a criminal conviction.  Please be a voice for these animals that cannot call out for help.  And of course, if you are seeking a pet this year, please visit your local animal shelter or rescue group.