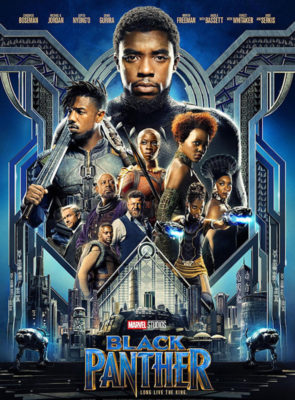 Significant on so many levels, it made the cover of Time Magazine.  Much more than a just a movie about a black superhero, made by black people for black people that empowers black people in an age of renewed racism!

Director and co-writer Ryan Coogler brings to vibrant life T’Challa/Black Panther (a terrific Chadwick Boseman) whom you may recall from 2016’s “Captain America: Civil War,” although his first appearance was in a 1966 “Fantastic Four” #52 thanks to Stan Lee and artist Jack Kirby.   Boseman garnered deserved praise when he played Jackie Robinson and James Brown.  His casting here is inspired.

In “Captain America: Civil War,” T’Challa’s dad died in an explosion.  Now, his son returns home to remote Wakanda to inherit the throne and take his rightful place as King in a stunning coronation ceremony.  Wakanda’s a poor country with fantastic futuristic technology, thanks to an abundance of Vibranium.

T’Challa/Black Panther is put to the test when an old enemy shows up and draws him into a dangerous conflict that not only threatens his entire kingdom but the rest of the world. 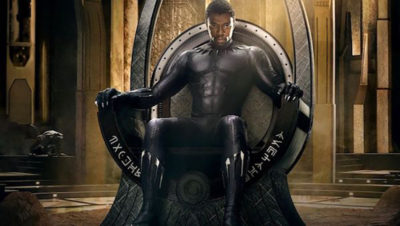 The intelligent and deeply nuanced screenplay by Coogler and Joe Cole creates an ancient African culture that is not the savage and primitive one that might first come to mind.  The informed dialogue does not skirt references to contemporary moral issues such as: are wealthy countries obligated to help poor countries?  No message here, just food for thought. 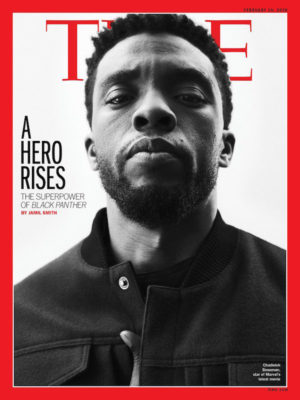 There are so many engaging and exemplary things in this wonderfully satisfying and entertaining film that space does not allow a full description of the complex plot, relevant themes and many memorable moments.

Just know that this trip to a long overdue part of the marvel Cinematic Universe is well worth taking.  I can’t wait to see it again.  And again.  It’s that good, even if the over-wrought super hero genre is not your cup of tea.

In the past, it was a tradition that the White House held special screenings of new movie releases.  I wonder if that tradition still exists and if “Black Panther” will be shown? 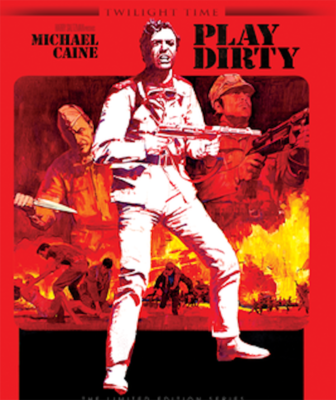 This gritty desert combat caper, a forgotten gem, is the last and — in my opinion — the best film directed by veteran Andre De Toth.  The betrayal themes that haunt much of his work are carried to extremes here.

Michael Cain, Nigel Green and Harry Andrews top the superb cast.  Set in North Africa during World War II, the “heroes” are vile, unsympathetic loners operating outside the mainstream military in a tense, violent narrative that plays both ends against the middle.

Noteworthy are the wordless extended action sequences and the wry, sarcastic tone throughout.  It all fits perfectly and is wonderfully enhanced by the sensational Michel Legrand score.   Twilight Time Movies, Limited Edition (only 3,000 units)).  Blu-ray.