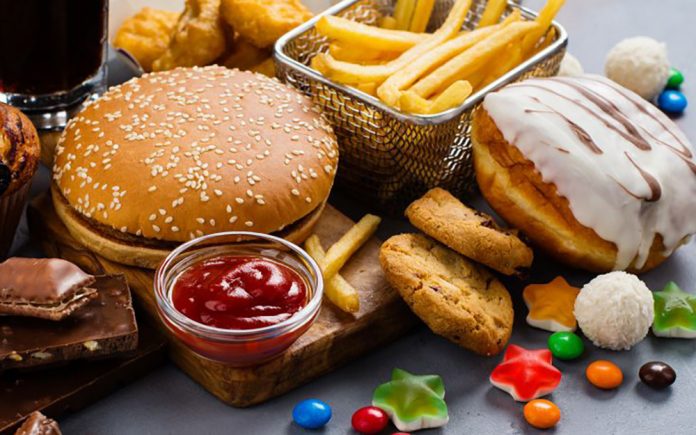 Ever wonder why carbs are so addictive? It has to do with chemicals that travel from the stomach to the part of the brain where you produce dopamine, a hormone and neurotransmitter that affects the brain’s pleasure and reward centers. Once these areas of the brain are stimulated, you’ll keep wanting more of the addictive substance, whether it’s alcohol, drugs or carbs.

Too many refined carbs are simply toxic for your body. They’re often responsible for visceral fat, the dangerous fat you can carry around your middle that actually inhibits your body’s ability to make insulin, which makes you more prone to diabetes. Carbs also increase your risk for cardiovascular disease and even cancer.

The idea of being addicted to pizza may seem far fetched.  Yet, the building blocks of everything that is good in this world. Muffins, almond croissants, cake, cookies, pies, tortilla chips, pizza, the warm bread they bring out at restaurants… all carbs. All amazing! It’s easy to be addicted.

So we know most of this right.  It’s becoming common knowledge that too many carbs does not really work for optimal health. So why is it so hard to lay off the carbs?  Why aren’t more people cutting back on carbs?   Well quite frankly it’s because carbohydrates are so addictive and the cravings are real.

So if we are carb addicted is the decision to swap out the daily breakfast bagel with some eggs and avocado easier said than done, due to the incredibly potent addictive cravings similar to those of an alcoholic or a drug addict?  The answer is yes!

So here’s a new perspective.  We often associate overeating with a simple lack of discipline. Why can’t someone just eat less carbs—as if it were that simple?  Would you put an alcoholic in a room full of booze and then judge them harshly for opening a bottle?  There is an understanding that some addictions are difficult to break and require more than just willpower alone. Are carb cravings any different?

It’s complicated. Overeating carbs is much less dangerous in the short term ( but definitely not long term) than some other addictive vices. We’ve all had major carb benders and survived.  The problem with refined sugars and carbs is that every single eatery or supermarket is basically the Vegas of sugar. How do you realistically avoid a temptation that is seemingly everywhere? You can’t avoid it.  We live in a carb-laden world.

So do we throw our hands up in the air and give in to carb cravings? I wouldn’t recommend it.

There are Solutions… Start Paying Attention to Carbs.

You may also want to give Keto a try. While there isn’t a dietary approach that works for everyone, adopting a low carb/high fat, or Ketogenic, diet can help regulate hunger hormones (you won’t be hungry), you’ll have more energy, lose weight and the foods are delicious. If I can help you with Keto or a low-carb lifestyle and you’d like a free consult please book it on my web at ketoiseasycoach.com  We’ll talk about all things carbs, keto and I can help you make an action plan to start cutting carbs.

About Michelle Borthwick: Michelle is a Keto customization expert and lifestyle coach.  Keto weight loss results can be greatly improved with Coaching, Customization, Accountability, and a trusted partner to guide you every step of the way. Michelle offers private sessions, proven Keto diet hacks, goal setting, ongoing support and more. Follow Keto is Easy coach on Facebook and Instagram or go to Ketoiseasycoach.com.