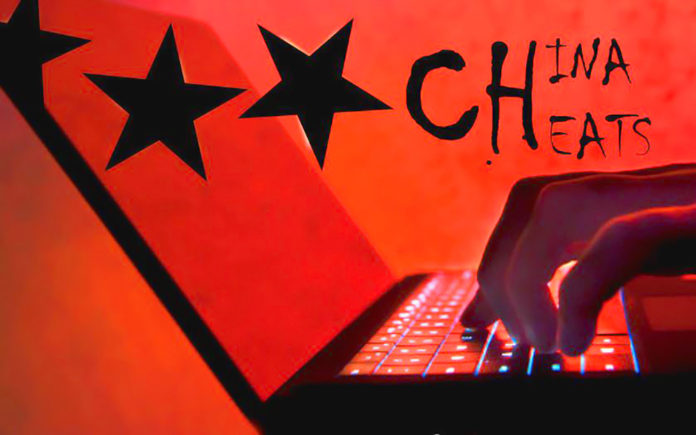 The United States is under attack by the Chinese government.  While the stock market and most news outlets focus on tariffs and trade wars, the real issues are show how the Chinese will do virtually anything to advance their goals and objectives at our expense.

As reported by Bloomberg, in 2015 Amazon was looking to expand their Prime Video platform.  To do this, they considered buying start-up Elemental Technologies as Amazon needed their software to manage the massive amounts of data that is compressed and sent to end users as part of a video-streaming service.  “Additionally Amazon’s AWS..” (Amazon Web Services) could also use Elemental Technologies’ software to help with their quickly growing government business with the CIA’s rapidly expanding drone surveillance programs as well as the U.S. Navy and their onboard systems.

In performing due diligence on Elemental, Amazon found some irregularities with the servers that Elemental was selling.  At this point, Amazon had Elemental servers sent to a third-party lab for advanced security testing.  While running the tests, a microchip smaller in size than a grain of rice was found hidden inside of the server’s motherboard.  This chip was not part of the original design plans of the server and was hidden inside of the motherboard in a way that made it nearly impossible to find.  Investigators state that the chip looks more like a coupler than a chip to most security experts thus making it nearly undiscoverable without an advanced review like that taken by Amazon.

The motherboards in question were produced in China by sub-contractors to Super Micro of San Jose – one of the world’s largest suppliers of motherboards.  A motherboard is the device in your computer, cell phone or server that everything runs through.  U.S. intelligence officials say that a Chinese military unit designed and manufactured the microchips for insertion into motherboards that were used in the computer servers of businesses and governments around the world.  Once inside these computer systems, China would have open access to those networks.

As U.S. investigators looked into this hardware hack, they found that the chips were affecting a major U.S. bank, government contractors and Super Micro’s biggest client – Apple.   While Apple denies that these massive security breaches happened, both Bloomberg and the New York Times have reported on malicious chips in Apple devices.  Despite Tim Cook calling the Bloomberg report a “100% lie,” Apple ended their relationship with Super Micro completely in 2016 with no reference to potential security concerns.  Amazon also publicly denied the Bloomberg report despite six former and current national security officers from both the Obama and Trump administrations and 17 people in total with direct knowledge of the motherboard hack contradicting the public states of Apple, Amazon and the Chinese government.

This brings us to Huawei.  Huawei was started in 1987 by Ren Zhengfei, a Chinese military technologist.  As Zhengfei owns only 1.5% of the company, who owns the rest?  China-based employees own the remaining 98.5% through Shenzhen Huawei Investment & Holding Company, Limited – “a shareholders’ union.”   This entity uses a few dozen employees to choose the company’s board of directors who appear to wield all voting control.

Management states that “due to prevailing legal issues, overseas employees cannot own (Huawei) shares.”  David Webb, a Hong Kong based independent expert on corporate governance issues says that Huawei’s ownership is “opaque” and that this employee-owned company is an attempt by the Communist government to hide their control over the company.

The real risk with Huawei is that once one of their chips is in a communications network, it can be updated and reprogrammed remotely.  Given the recent Chinese motherboard discovery, can we trust the honesty of a company that appears to be an extension of the Chinese government and their military?

When you hear about trade tensions with China, discussions are about more than cheap sneakers, clothes and computers.  Until the theft of intellectual property and ideas by China ends, our only choice as Americans is to avoid buying from China whenever possible.  Where communism is symbolized with a red star, China’s behavior makes me think that a black star seems more appropriate.