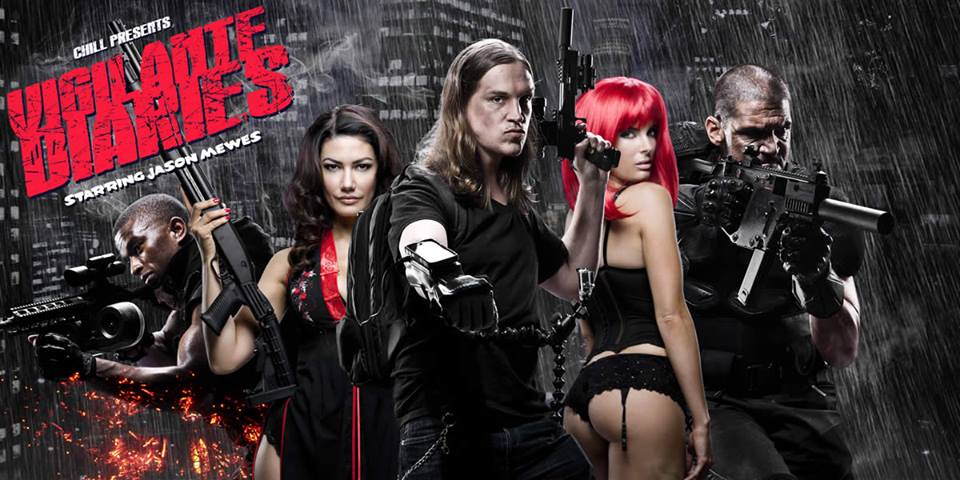 Ride shotgun with Jason Mewes in an up-close and bloody world too sexy and too violent for even the grittiest graphic novels. A world you can only visit at…

Before I give you the inside scoop on yet another star studded party happening at the first annual AMFM Festival this month, let me ask you something. With all the movie and television industries attention to the ill-gated undead, blood sucking bad guys, beheadings and, well… more beheadings, or to self-made superheroes who endear their romantic interests and the audience with witty banter and genius (no, I’m NOT referring to politicians), what could possibly be next? What could feed our craving for more of the same but fresher, and wake up an entertainment palate that has been somewhat overly salted with outrageous dramatic gore and fantasy? I suggest you sink your teeth into Christian Sesma’s, Vigilante Diaries.
Let me set the scene for you: A fame hungry, Hollywood want-to-be, documentary filmmaker scores a ride-along with what the media has celebrated as modern day superheroes. Like a deer in headlights, the character, played by Jason Mewes, (widely known as Jay of Jay and Silent Bob) finds himself immersed in an underworld of demented violence lead by characters devoid of scruples or politically-correct-give-a-shit. “Imagine a super R-rated ride-along with Batman and Robin,” describes the series’ director, Christian Sesma. “Only, these are good guys with no moral code. They are KILLING DUDES. They’re not dragging these guys in for due process – they’re taking them out.” This series has all the elements that are the soup du jour of American culture right now, but with a twist, where the heroes are more ruthless than the villains. Add the unique spicy humor and attitude consistent with Jason Mewes, and you’ve got fresh, new, freaky fun for the whole family, 18 and over.
The role is a not a huge departure for the well-known comedic actor, Jason Mewes. Jason is most popularly known as Jay, the verbal sidekick to “Silent Bob” played by director Kevin Smith. The characters achieved cult fame in Clerks (1994), Mallrats (1995), Chasing Amy (1997), Dogma (1999), Jay and Silent Bob Strike Back (2001), and Clerks II (2006). Jason, who also starred in Sesma’s breakout film, Shoot the Hero in 2009, brings his unique comedic skills to the series, sans the dolt, stoner persona whose quirky, self-created catch phrases can now be found in an urban dictionary.
Actor, screen-writer, producer, Paul Sloan, who starred in Shoot the Hero and, most recently, co-wrote on the upcoming Expendables 3 movie, approached Sesma with the script. “Paul came to me and said, ‘Let’s do a cool, graphic, novel series online.’ I thought it was the perfect character for Jason. Jason’s a good friend of mine, so I called him up, and he was totally down with it. Then I contacted my buddies at Chill.com who are doing big things right now, and they came on board, sponsoring the pilot episodes scheduled to drop June 11th.”
The debut of Vigilante Diaries on Chill.com will be followed by the screening at the AMFM Festival in Cathedral City. Christian and Jason will be on hand presenting two episodes at a midnight showing that promises to be quite the party. It’s been rumored that Jason may even show some clips of his and Kevin Smith’s latest project, Jay & Silent Bob’s Super Groovy Cartoon Movie. The screenings will be followed by Q & A, all in the spirit of celebrating the launch of this edgy, avant-garde nod to Marvel’s Punisher.
About the Director: 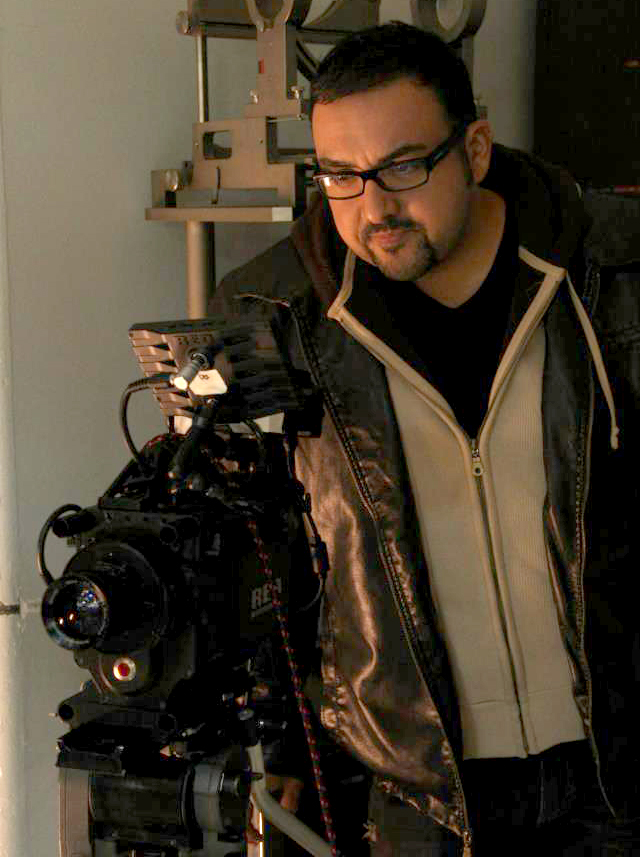 Christian Sesma was born and raised here in the Coachella Valley. He attended college at San Diego State University, earning a BA in Cultural Anthropology. After graduating, he came home to help his mom and dad to help franchise their family owned restaurant, Guacamole’s, in Palm Springs. “It was that first summer that I fell into the movie bug,” shared Sesma. “It ended up becoming a career, and it has been pretty awesome.” I asked Christian how his degree fit into his new career choice. “Anthropology is the study of the human condition, human behavior, and human beings. My product is a pretty mainstream, stylized genre wherein I’m still writing about the human condition, trying to somehow portray that truth within my films.”
Researching his website, you’ll learn that Christian has been an avid film buff since as far back as he can remember. It was the decision to make a pair of “no-budget” short films, using all the guerilla filmmaking techniques inspired by other independent film makers the likes of Quentin Tarantino and Kevin Smith that earned his film’s passage into the Short Film Festival circuit in 2004. This led to his first feature in the drama/thriller category titled, 6:30 (Six-Thirty), which he made for a mere $15,000. 6:30 was bought and released nationwide in August 2006 on DVD, through Westlake Entertainment. Christian immediately began work on another micro-budget, indie, teen horror film titled, On Bloody Sunday. This was released by Warner Home Video in 2008 on DVD, PPV and On Demand. Christian’s break out indie feature, Shoot the Hero, starring Jason Mewes and Danny Trejo, was released by Warner Brothers and Virgil Entertainment on DVD, PPV and On Demand in the fall of 2010.
Christian also mentors film students at the local high school. I asked him what advice he had for students and individuals wanting to follow in his footsteps. “As cliché as it may sound, use the Nike strategy and ‘Just Do It’. Pick up a camera and start filming. Start studying your favorite screen plays, and begin learning the process. There is a ton of information, networking groups and resources online. I’ve always been of the frame of mind, if you want to do something, just get out there and do it. I’m also a big believer in the human instinct of perseverance and determination. You can’t stop someone from doing something they truly want to do. If someone wants to be a writer or a producer, they’re going to find a way to do it. It’s not going to be a series of ‘I can’t do this’ or ‘I can’t because of that’; those who are serious are going to just find a way to do it.”
It seems perseverance and determination are requirements for any independent film maker today. Christian often works writing scripts for Universal and Warner’s smaller, independent arms. But for his own films, he’s not just writing and directing, he’s finding financing, getting them produced and getting them to different distributers. “Anybody in the business knows that the actual shooting of a move is only 10% of the process. The rest of the time you’re writing, raising money, or you’re in pre and post production. Out of a 6 to 7 month process, you’ll only spend 3 to 4 weeks shooting.”
Even as I interviewed Christian, he was in the process of writing the script for a “cool monster movie” for an independent branch of Universal. He was also getting ready for the drop of Vigilante Diaries both on Chill.com and at Comic-con, and preparing to start on a new comedy starring Jason Mewes and Joe Pesci. This is all just the beginning for Christian…just the beginning of a career that is set to skyrocket. Meanwhile, he has never forgotten where he came from. Christian Sesma has consciously drawn from the creative well of the Coachella Valley by making it a point to use as many local artists, musicians and resources as possible in his films. Make sure that you meet him and see his work at the AMFM Festival, held June 13-16th in Cathedral City. Tickets are available at http://amfmfest.com/
To learn more about Christian Sesma and his films, go to the following links:
http://www.christiansesma.com/
https://chill.com/
https://www.facebook.com/VigilanteDiaries