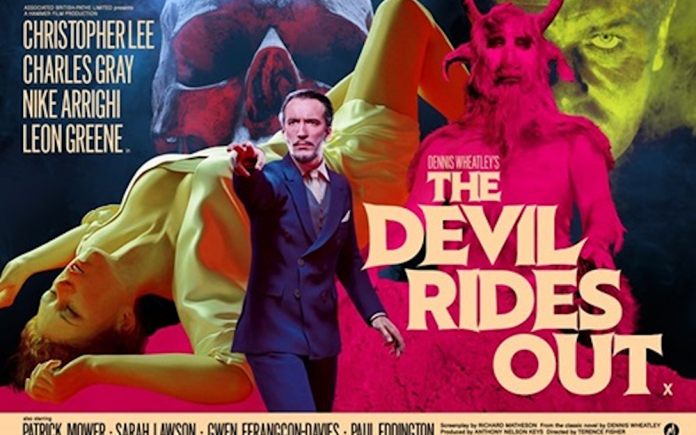 With Halloween just around the corner, what better way to get in the mood for this ancient holiday than to host your own horror film festival?  No matter what movies you choose, the following Christopher Lee classic is worth considering for your opening night. 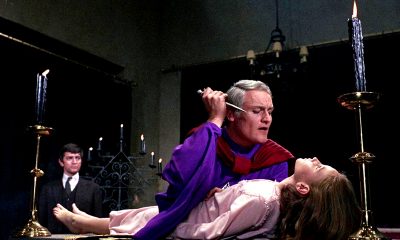 Shot in the summer of ’68 and released the following year, this classic Hammer battle between good and evil in evocative period décor that only adds to the unsettling ambience that something not right has been unleashed in our world.

Star Christopher Lee, pushed Hammer Studios to produce his author friend Dennis Wheatley’s occult novel.  Lee adds: “There were censorship problems because Wheatley’s books didn’t deal with the fantasy but the reality of Black Magic.”  The actor Lee is famous for his warning against dabbling in the dark arts.  It will steal your wallet and then your mind.”  That said this movie was one of Lee’s favorites.

Whitley based his villain on real life “mystic” Aleister Crowley who dies in 1949 after a life reputed to have been filled with drugs death and demonic possession.

The Duc de Richelieu (Christopher Lee) and his friend, Rex Van Ryn (Leon Greene) are concerned when their young friend Simon Aaron is absent from their annual reunion. 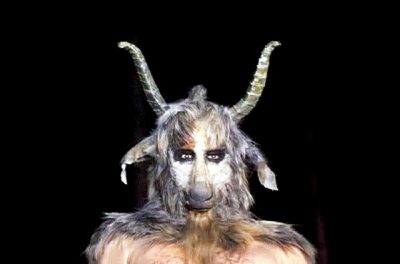 Upon visiting him their suspicions are confirmed when they learn of Simon’s affiliation with a so-call astrological society headed by the evil Macata (Charles Gray).

Soon, the two men discover that Macata’s society is really a devil cult that takes control of innocent people through hypnotic spells and demonic rites.

The Duc realizes that Macata will stop at nothing to maintain his satanic cult.

The only hope lies in the success of a powerful ritual that will challenge Macata and maybe destroy his coven forever.

Writer Richard Matheson I AM LEGEND, OMEGA MAN was hired by Hammer’s production chief to adapt the lengthy novel into a tight screenplay.  “I am pleased the movie turned out so well – largely due, of course to Terence Fisher’s brilliant direction.”