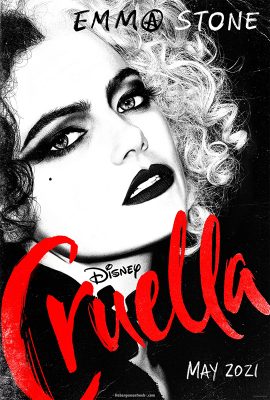 Estelle befriends a couple of thieves who appreciate her talent for devilry.  Working together, they make a life for themselves on the bustling London streets.

One day as luck would have it, Estelle’s eccentric fashions catches the eye of Baroness Von Hellman (Emma Thompson).

But their new relationship triggers a series of events and disclosures that causes Estelle to embrace her dark side and become the raucous, revengeful fashionista fascist that we know and love from previous Disney iterations that have sprung from English writer Dodie Smith’s beloved 1956 novel.

So, is it worth seeing it on a really big theater screen with all the expenses of stepping out after our prolonged shutdown?

Not really, since you can be assured it will soon be available on your relatively big 4K home theater screen.  But when all is said and done, what if any is the compelling interest in knowing Cruella’s backstory?  Does knowing her origin make her sympathetic?  Is that the point?

Yes, this is a visually dazzling, beautifully crafted film that’s not not especially rooted in the source material and previous Disney films.   In theaters now.  Check local listings for show times. 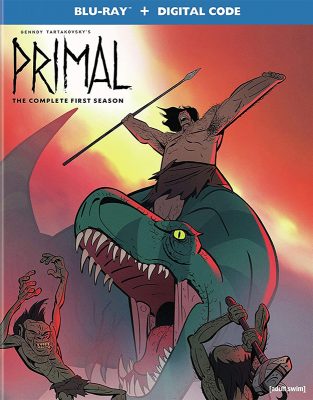 Eat or be eaten!  Kill of be killed!

Get into survival mode with Adult Swim’s #1 prehistoric animated series with the release of Tartakovsky’s critically acclaimed (by audiences and critics alike).  The series was recently awarded 3 Juried Emmy® Awards for Outstanding Achievement in Animation,

Travel back in time and binge on all 10 fascinating episodes from the first season and go behind the scenes with interviews from the incredible talent that created this wordless (!) series that rightly relies on stunning imagery with sounds and an evocative score to tell the surprisingly emotional, edge-of-your-seat story about a caveman at the dawn of evolution and his friendship with a dinosaur on the brink of extinction.  Recommended.   Warner Bros.  Blu-ray. 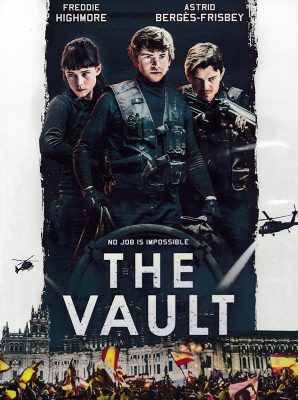 When an engineer (Highmore) learns of a mysterious, impenetrable fortress hidden under The Bank of Spain, he joins a crew of master thieves who plan to steak the legendary lost treasure lockd inside while the wole country  is distracted by Spain’s World Cup Final.

With thousands of soccer fans cheering in the streets, and security forces closing in, the crew have just minutes to pull off the score of a lifetime.  This engaging film also stars Astrid Berges-Frisbey (Pirates of the Caribbean: On Stranger Tides) and LiamCunningham (“Game of Thrones”).  Paramount.  DVD.

WHO IS HARRY NILSSON? (And Why Is Everybody Talkin’ About Him?) 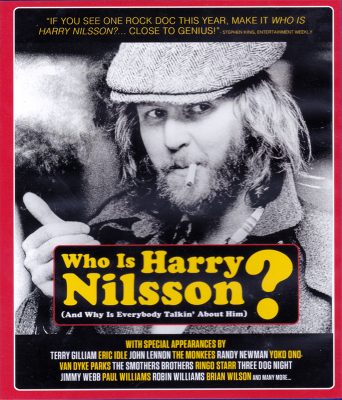 The Beatles said that Harry Nilsson was their favorite American musician.  Nilsson won two Grammys® and was the recipient of seventeen gold records, yet he is relatively unknown today.

This star-studded, wildly entertaining documentary, tells the story of one of the most talented-singer songwriters in pop music history.

His hits include “Everybody Talkin’” and “Without you>”  As well as “Coconut” and “One (is the Loneliest Number).” MVDvisual.  Blu-ray.

The film reveals to what extent his personal life was as complex and contradictory as his music, from his spirited relationship with John Lennon to his close bond with Ringo Starr.

Director John Scheinfeld paints a detailed and memorable portrait of an extraordinary artist featuring over fifty Nilsson recordings, as well as rare or never-before-seen film clips, home movies, photos from the Nilsson family album and ijterviews with those who knew him.  Nice bonus material with additional interviews and deleted scenes and a music video with an intro by Yoko Ono.  Paramount.  Blu-ray.