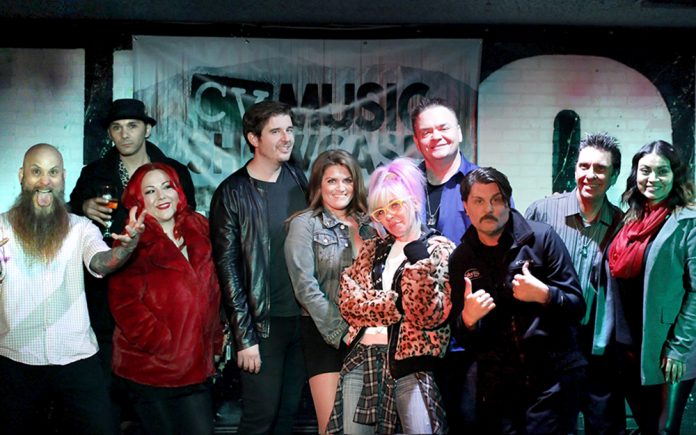 Round 2 Winners: Red and Anthony Ferrer of Empty Seat

The 5th annual Coachella Valley Music Showcase continued to rock the desert on January 5 at the Hood Bar and Pizza with an acoustic set of four talented local acts hoping to make it to the next round of the competition: Lonnie Kent Castro and Gary Foster Jr. of OGR Acoustic, Symara Stone, Red and Anthony Ferrer of Empty Seat , and Lance Riebsomer. The panel of judges for this round included Rebecca Luna of Alpha Media, 5th Town vocalist Chelsea Sugarbritches, music master Arthur Seay, and celebrity judge with several acting credits to his name, Johnny Dowers. 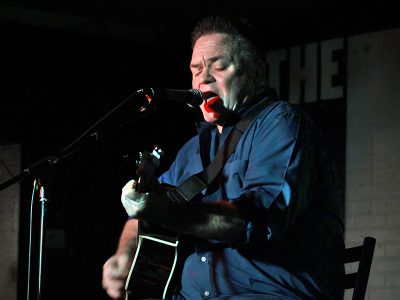 The night kicked off with a twangy performance by OGR Acoustic with Lonnie Kent Castro on guitar and Gary Foster Jr. on percussion. Together the duo produced folk melodies that crooned of hurt, loss, and apologetic heartbreak. A standout track from the OGR song catalog was “It Shouldn’t Hurt”—an original penned by Castro that the group first performed as part of a songwriters’ contest for a benefit show for Coachella Valley Sexual Assault Services in August of 2019. The judges praised the duo for their soulful inflections and style, but questioned some of the musical nuances of the performance. 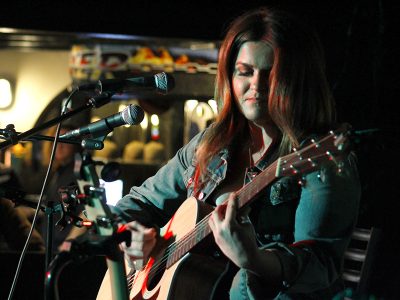 The second act of the evening, Symara Stone, took to the stage with loopers and a guitar, accompanied by saxophonist Aaron Merc for a sultry jazz performance. Stone spilled silky smooth verses and vocal inflections that echoed throughout the room—turning the atmosphere of the noisy bar into a soothing speakeasy. Standout songs performed included the playful “The Cuddle Game” and “My Favorite Star”. The panel of judges enjoyed Stone’s unique, genre-bending set and admired the sweetness of her vocals. There were some critiques, however, on the length of certain songs and the performance block, which exceeded the allotted time of 20 minutes. 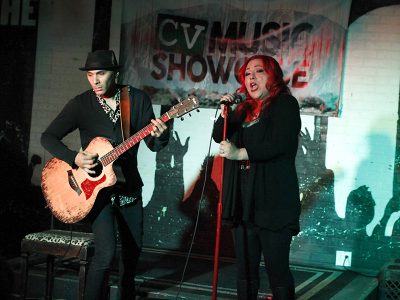 The next musical act was the married duo Red and Anthony Ferrer doing an acoustic medley of songs from their band, Empty Seat. Red’s powerhouse vocals quivered with emotional depth and melodic control, exhibiting a broad range of dynamic tones with each soaring note, all while accompanied by Anthony’s trained guitar rhythms. The pair impressed the rowdy bar crowd and wowed the judges with their powerful stage presence and audience engagement. There are some remarks made about how the sound of the guitar would at times drown out Red’s vocals, but overall, the Empty Seat representatives left an impactful impression after their set. 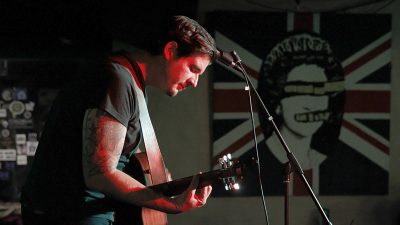 The final act of the night was Lance Riebsomer performing solo acoustic songs away from his main band Blackwater Gospel with a guitar in hand. Riebsomer commanded the stage with a skillful presence and medley of bold tracks that were punctuated by his distinct vocals. His selection of songs captivated the audience as the night deepened, supplying a vibrant, punchy sound with memorable hooks. The closing track of the night, “Message in a Bottle,” brought a soulful ending and impacted the boisterous crowd. The judges were just as captivated by Riebsomer’s performance—complimenting his musicianship.

With all four acts having completed their sets, the judges deliberated to pick a winner based on a variety of criteria including songs, stage presence, and audience engagement. With only about a point difference between the two leading acts, the winner of the second round of the Coachella Valley Music Showcase was announced to be Red and Anthony Ferrer, with Lance Riebsomer being a very close second. The duo will continue on with a chance at the final showcase later this year, where the winner will be awarded a $2,500 cash prize and more.