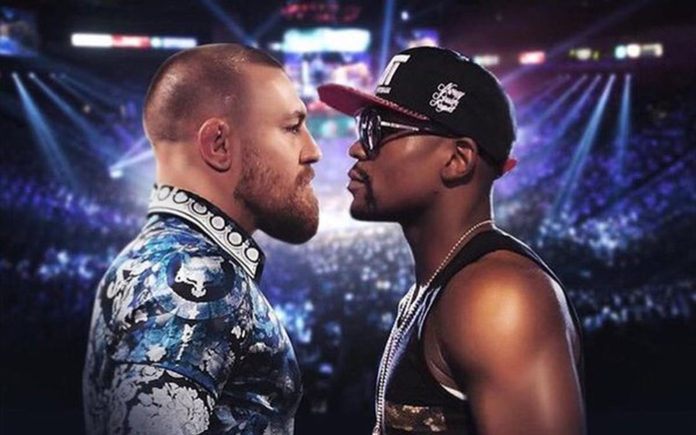 Some Fun With Mayweather – McGregor…
On their own, Mayweather and McGregor are equally incredible. Mayweather is arguably the most skilled pound-for-pound boxer ever and McGregor is the top draw in mixed martial arts, both with egos and bravado that would make Trump blush.

Part of that appeal is the gigantic betting market generated by this fight, and a generous slice of that handle is coming from the long list of prop odds for Mayweather vs. McGregor betting – many of which are ridiculous. Below are some of the most off-the-wall Mayweather-McGregor odds available for gambling:

For some, it’s amazing that this fight is closing in on the scheduled August 26 date. With two combustible combatants, a number of things could have spoiled this bout before fight night – and still might. At Bookmaker.eu, “Yes” the bout will be canceled before fight night opened as a +350 underdog (No -550) back in June and month before the fight was at +600, with “No” a hefty -1,350 chalk before the prop was pulled from the board.

Another interesting prop bet out there was, “Will either fighter test positive for performance-enhancing drugs?”, with “Yes” opening at +300 (No -1,100) and shifting to +555 with “No” ballooning to -7,100. While this prop is no longer taking action, the recent rash of UFC superstars dinged for PED’s could give value to the “Yes”, with guys like Brock Lesnar, Jon Jones and most recently Junior Dos Santos testing positive. If someone should pee some PEDs, it will likely come out after the fight with so much money already tied up in this event.

Those Bieber props may be a no-action grade after the singer’s recent comments about Floyd’s chances of knocking out McGregor, telling TMZ, “I don’t think so” when asked if Money could KO Conor. Floyd Mayweather Sr. fired back, stating that Biebs “don’t know Floyd like I know him.” There’s a good shot Bieber is watching this one from home.

The final pre-fight prop bet you can make before the bell sounds is “Will Mayweather and McGregor touch gloves?”, which SportsInteraction.com has priced at “Yes” -257 and “No” +176. Mayweather touched’em up with Andre Berto and Manny Pacquiao in his last two appearances but McGregor, who did touch gloves with Eddie Alvarez in his most recent UFC fight, shunned Diaz in both meetings as well as Jose Aldo. We could have a solid edge for the underdog “No” at plus money.

There are thousands of ways to wager on the outcome of this fight, from outright winner odds to round props, Compubox scores to method of victory. All of those offerings are pretty common for a big prize fight. Here’s where things take a turn for the absurd.

TopBet.eu is taking action on whether McGregor will resort to his MMA tactics and land a kick at any time during the fight, setting “Yes” as a +1,000 long shot (No -2,000). You can also bet on whether he’ll hit Mayweather with an elbow, with “Yes” at +800 (No -1,600). My favorite stipulation with these props is that a kick or elbow “before or after the fight doesn’t count”.

One of the big discussions heading into the bout was the number of pay-per-view buys the fight would record, with the price tag at $100 a pop. Mayweather’s 2015 fight with Pacquiao set the all-time PPV record with 4.4 million views. Bookmaker.eu opened betting on “Will Mayweather-McGregor break that mark?”, with “Yes” set at -270 (No +215). That has risen slightly, with “Yes” now paying out at -270 (No +250). You can also wager on if the fight will crack 5 million PPV buys, with “Yes” going off at -165.

And it wouldn’t be a prop betting circus without getting President Trump involved. BetOnline.ag has the Over/Under on “Trump Tweets” on August 26 at 6.5, with the Over at -150 (Under 6.5 +120). That includes both the @POTUS and @realDonaldTrump accounts, so there could be some meat with the Over at a buck and a half.

Taking a quick glance, both accounts send out about four tweets a day but get a little quieter on the weekend (when the President is golfing). G’Luck – Enjoy the fight J