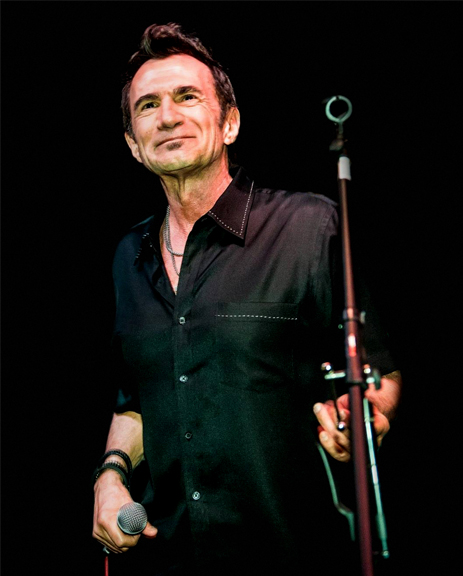 Having the Coachella Valley’s virtually most recognizable voice, tonight’s host and star, Jim “FITZ” Fitzgerald originally hails from the East Coast. Having had two hit music videos on rotation in the beginning days of the now infamous MTV, he has also shared bills and stages across the country with the likes of The Ramones, James Brown, Mitch Ryder, and Johnny Cash – Johnny’s haunting and legendary voice is who Fitz is often favorably compared to. Fitz has recorded a number of albums over the years injected with his own brand of multi-faceted, contemporary rock as well as collaborating and recording with myriad musicians and bands, most recently working with Palm Desert’s own Penny Unniversity. Currently, you can hear Fitz on his radio show on CV104.3 weekdays 6am-10am. With an eclectic and varied career as a radio D.J., musician, songwriter, and entertainment producer and host, Fitz has stood on the McCallum Theatre stage hundreds of times in the last 18 years introducing his highlighted artists and performers for his annual “Fitz’s Jazz Café at the McCallum” series. Now, for the very first time, he has the honor of performing as “The Star in the Spotlight” at this magnificent Theatre. All of tonight’s performers, bands, team-members and crew have come to know Jim “Fitz” Fitzgerald not only as a true friend and part of our musical families, but also as the Coachella Valley’s advocate for putting “front and center” the artists who call this valley their home. But tonight – it is HIS turn! Fitz, the stage is yours, have fun and enjoy being “front and center!” 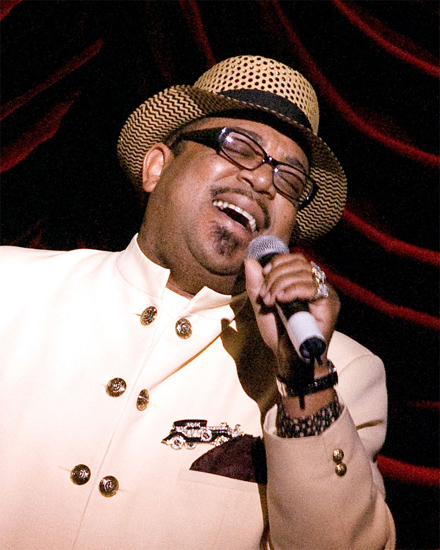 Barry Minniefield was once thought of as “Hollywood’s Singing Chef,” earning this title because of his acting, singing, and cooking skills. He spent ten years working as a gourmet chef cooking for some of Hollywood’s best known celebrities. In the early 1990s, though, he veered more toward developing his talent as a comedian and entertainer before finally focusing on his skills as a vocalist going so far as to making it to the final round singing on last season’s TV show “The Voice” coming in second place at the finale.  Blake Shelton, a musician and coach on “The Voice,” says Barry’s voice is “larger than life” while coach/vocalist Pharrell Williams stated that he felt Barry’s singing had a “soulful essence” reminiscent of the great soul singers of the past. The exposure on “The Voice” ignited his singing career and he’s ready to keep pushing it forward, never looking back, ready to take on the musical world with his one-of-a-kind voice filled with emotion and soul. 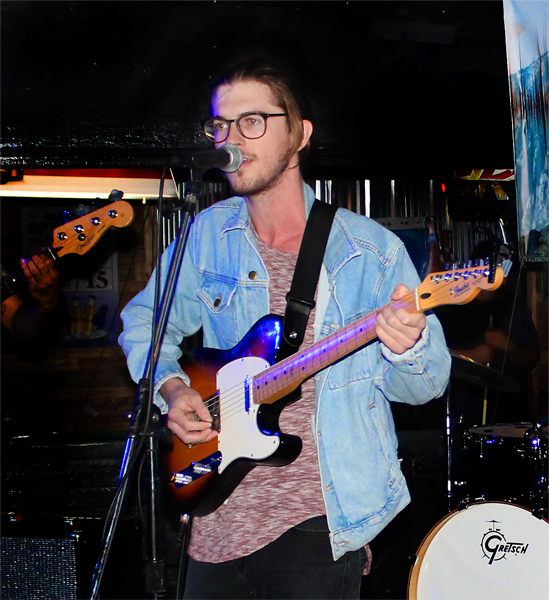 Songwriter Will Sturgeon is a native of Palm Desert right here in our own Coachella Valley. He leads the Indie rock quartet brightener.  Reflective of his home being here in the desert, Will’s tracks have a sunny feel and his lyrics wander from playful to thoughtful, giving brightener songs a sun-faded sense of longing and warmth. 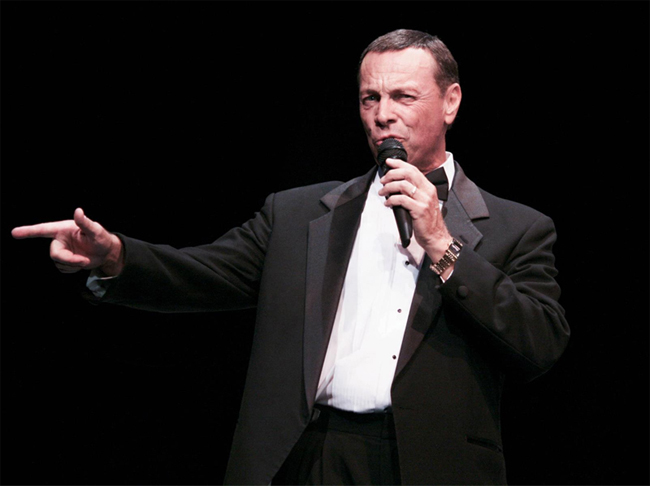 A professional of 50 years as the desert’s premier entertainer celebrating Frank Sinatra, Dean Martin and more. His show at Frank’s Place at the Indian Wells Resort features The Crooners, 60’s variety, comedy, stories and his guitar. Definitely a fun, feel-good entertainer! 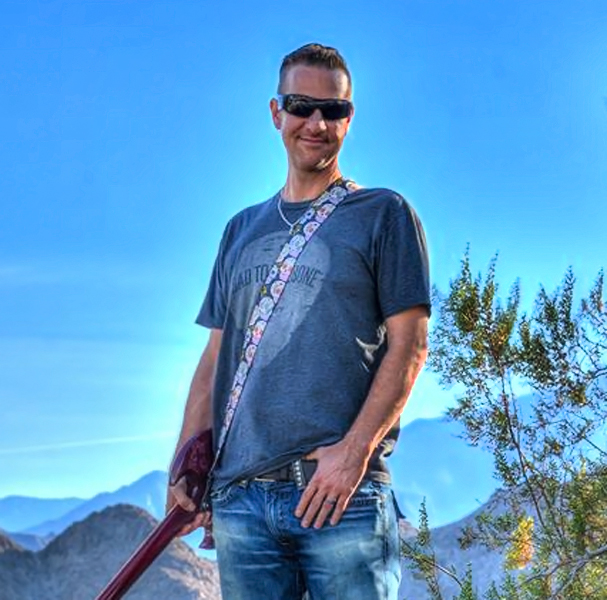 Coachella Valley native Jimmy Palmer, guitar player and luthier is widely known as “The Guitar Doctor” for his skill at building beautiful, unique, custom guitars and guitar maintenance for musicians ranging from local independent artists to well-known musicians like Jesse Hughes of The Eagles and bands like Aerosmith and more. Jimmy’s shop where he works his magic and has honed his luthier skills is located in his garage at his home here in our Coachella Valley, giving him immediate access to working out new ideas when they pop into his mind and creating true works of art that give musicians the tool they need to make beautiful music. 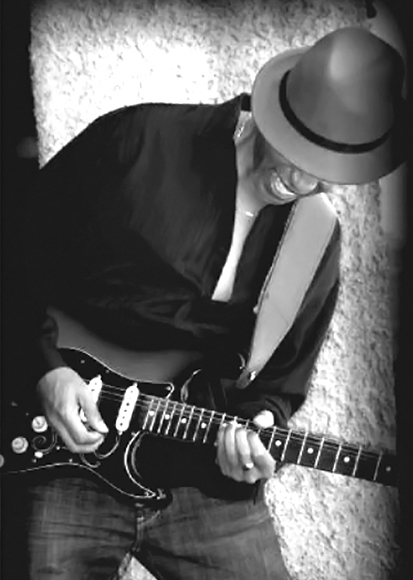 John Russell Carey is originally from Chicago and a resident of Coachella Valley since the 1980s. John is a renowned writer, composer, guitarist, producer and songwriter. He is a standing member of ASCAP since 1984 and founder of the BB King Blues Tribute Concert/Fundraiser. 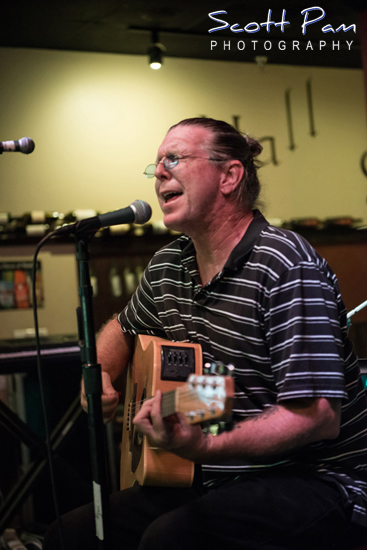 John Stanley King (like his brother Ronnie) was born and raised here in the Coachella Valley and comes from generations of a very musically gifted family. John is a master of many instruments, playing many styles including acoustic, jazz and classic rock with his distinguished voice being uniquely his own and establishing him as undeniably crowd-pleasing and memorable. John makes a guest appearance on jimi FITZ’s American Dream album adding his guitar chops on jimi’s cover of “Time Has Come Today.” 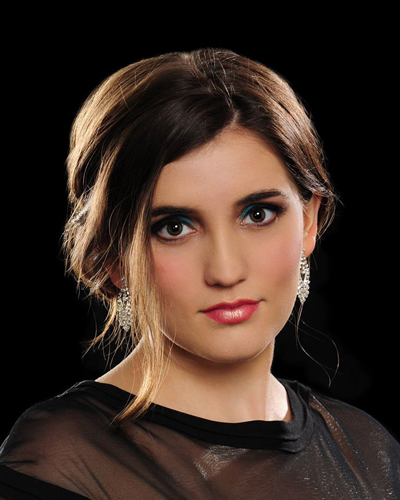 A graduate of Washington and Lee University in Virginia, Kaitlyn is well versed vocally in jazz, musical theater, country and opera and was the grand prize winner of the 2016 McCallum Theatre’s Open Call award. Recognized by the Desert Theater League, the L.A. Spotlight Awards and the State of California as recipient of the Governor’s Medallion of the Arts, she has most recently recorded with Penny Unniversity on their esteemed hit “Dance With Me.” Kaitlyn is a true vocal treat for the ears and assuredly has a promising musical career ahead of her. 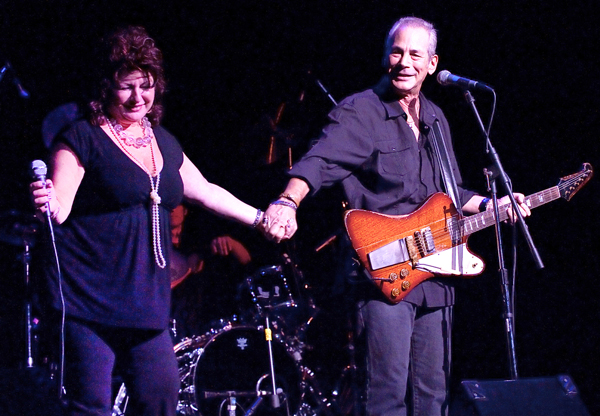 Kal David, highly acclaimed blues guitarist, singer and songwriter has played with the likes of Peter Cetera, Paul Cotton and the band Poco, to name a few. Vocalist Lauri Bono met Kal at Woodstock where both were playing with their own individual bands at the time. Their chance meeting led to a lifetime of Kal and Lauri writing and performing their style of blues at hundreds of venues internationally. They were honored with a star on the Walk of Fame in Palm Springs. They call their band The Real Deal because musically they ARE real and true to their passion for music and for each other. 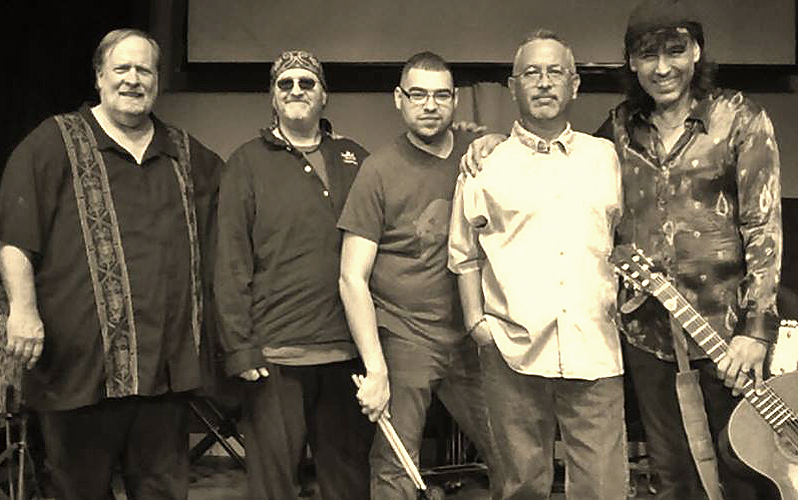 Established in 2010 and hailing from Palm Desert, the band “Penny Unniversity” masterfully plays an eclectic array of original music ranging from world, jazz, flamenco, pop, rock and so much more. They are currently working on their 6th CD. Not binding themselves to any specific genre, the band’s main songwriter, Michael Gagliardi, along with bass player and producer Ted Walker, frequently write music that provides an open door for guest artists to record and perform with them. Some of these guest artists include Steve Madaio, Ronnie King, Jack Lecompte, Tonja Nunez, Kaitlyn Farley, Patricia Welch, Tom Hartley and most recently, they’ve been collaborating with jimi FITZ ​creating more unique and intriguing music for your listening pleasure including a scintillating and moving cover of Buffalo Springfield’s song “For What It’s Worth.” Band members of Penny Unniversity are Michael Gagliardi (guitar and vocals), Ted Walker (bass and vocals), Rene Almodovar (percussion), Louie Rodriguez (drums), Anthony Patler (piano) and Bobby Furgo (violin). Their music is played on radio, TV and advertisements in countries around the globe.  If they were forced to sum up their sound with one word, “global” would be it. 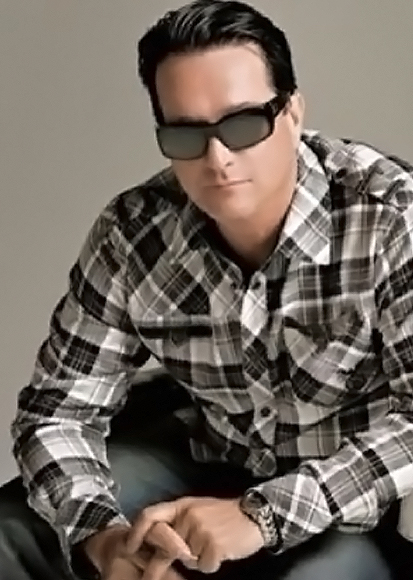 Ronnie King is an Oscar and Grammy award nominated producer, composer, and musician as well as a popular Coachella Valley philanthropist, founder of Ronnie King Music and co-founder of Ronnie King Entertainment. He has collaborated with such diverse artists as Mariah Carey, Tupac Shakur, Snoop Dog and Rancid, and played keyboards on the recent Penny Unniversity song “Over a Glass of Wine.” Ronnie’s talents are as unlimited as the love in his heart for producing great music and for helping those in need. Ronnie co-produced jimi FITZ’s latest album American Dream with jimi and ​Lewis Richards. He also plays piano and keys on the album. 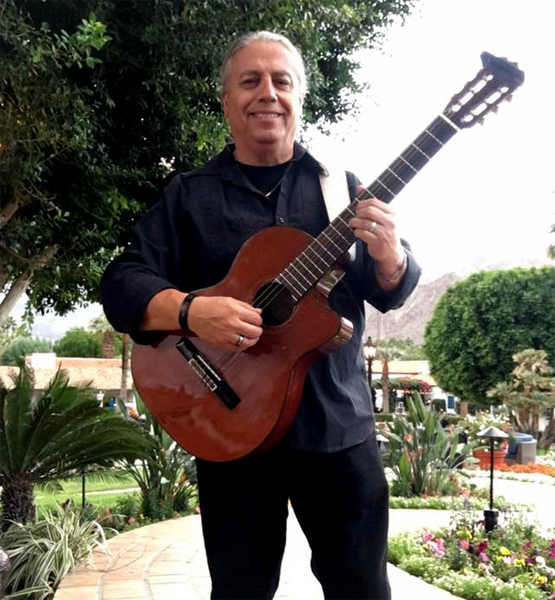 Multi-instrumentalist Sergio Villegas was born in Santiago, Chile, went to the conservatory of music at the age of 5, and started his career as a professional musician by the time he was 15 years old. He has lived in the United States since 1980 but has continued to play and tour with several groups worldwide and has worked on many types of recordings including tracks for TV shows, movies and commercials. Sergio currently plays his unique style of pop, soul, flamenco and Latin guitar at many Coachella Valley venues. 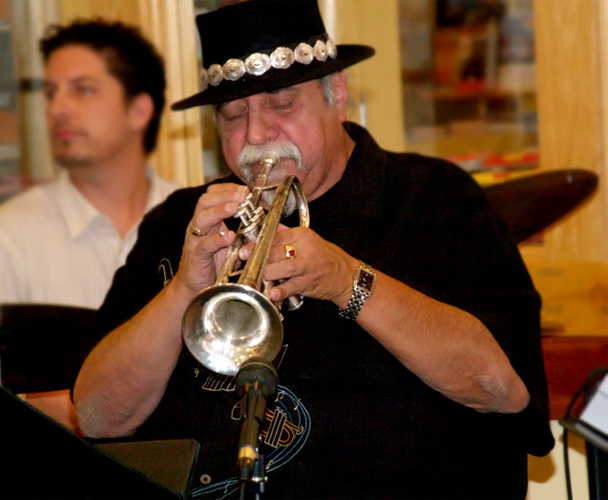 Trumpeter and recording artist Steve Madaio, originally from Brooklyn, New York, started playing trumpet when he was just 6 years old with his parents encouraging him from the get-go. By the time he was 15, he was playing in professional orchestras for plays on Broadway. Within 2 years, he found himself playing with Paul Butterfield Blues Band at the Monterey Pop Festival and then at Woodstock in 1969. An exceptionally talented and diverse musician, Steve has toured with such artists as The Beach Boys, Janis Joplin and Stevie Wonder, and did 2 world tours with The Rolling Stones. When he resolved to live out his “dream role” as a session player, he worked with a multitude of well-known artists like John Lennon, Madonna, Bob Dylan, David Bowie, Rod Stewart and Barbra Streisand, to name just a few, and he became one of the most sought after recording session artists of the time. Eventually settling in the Coachella Valley where he happily still resides, Steve does session work as well as playing with the Coachella Valley Symphony in 2013.  Steve says “When your motive and intent are in the right place, everything else will follow.”  He still thanks and credits his parents for allowing him to follow his dreams. 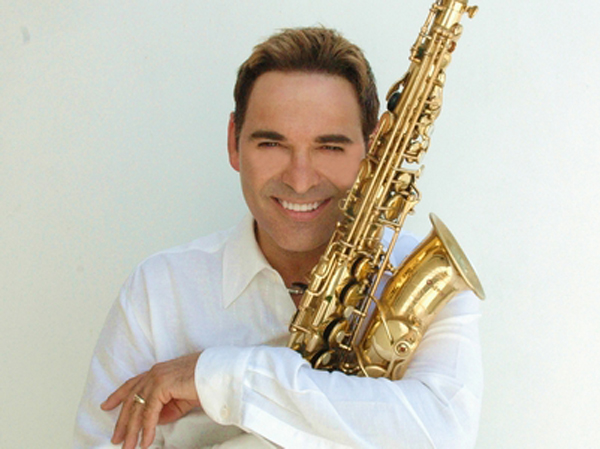 Will Donato is an award winning national recording artist, composer and saxophonist with a long list of well-known musicians of many genres with whom he has recorded in the past, present and future! Some of these include Rick Braun, Al McKay, Bruce Conte, Richard Marx, and many more. Will is recognized as one of music’s most dynamic sax performers and was quoted by NewJazz.com as “…a must see show!”

Tom has been a prominent musical leader in our desert for over 15 years. His influence with The Desert Symphony Orchestra, and choirs from both Southwest Church and Desert Springs Church have reached thousands in live performances within the community and at The McCallum Theatre. He has produced eight CD recordings locally which took his Choir to Carnegie Hall in New York City as well as London and Paris.  Tom is a three time Dove Award recipient from the Gospel Music Association.

This performance of jimi FITZ and Friends and “A CV Christmas” on Saturday, December 10, is sponsored by Desert Lexus, General Air Conditioning and Plumbing, CBS Local TV 2, CV 104.3FM

Ticket prices for this performance are $67, $47, $37 and $27. Tickets are available at the Theatre’s website at www.mccallumtheatre.com or by calling the McCallum Theatre Box Office at (760) 340-ARTS. The McCallum Theatre, located at 73000 Fred Waring Drive, Palm Desert CA 92260, accepts payment by cash, personal check, VISA, MasterCard, Discover and American Express.

The McCallum Theatre Box Office, its phone center and website, are the only authorized outlets for tickets to performances presented at the Theatre. Tickets purchased from any other sources, such as brokers or secondary market websites, are purchased at consumer’s own risk and cannot be guaranteed as valid.