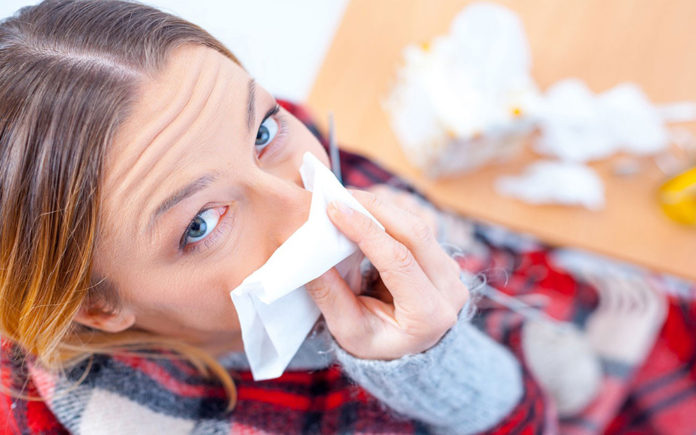 Cold and flu season is upon us. I’m starting to see patients for the cough, runny nose and sniffles associated with the common cold. Here are some pointers for battling a cold.

As I’ve repeatedly said, antibiotics do not work against the common cold, that includes a Zpack.

Vitamin A plays a role in immune system function. In a study involving 147 preschool children, the group that received 1,500IU/day of vitamin A for 11 months had 19% lower incidence of respiratory infections compared to the placebo group.

Vitamin D also plays an important role in immune system function. Most people who develop respiratory infections have low levels of vitamin D. I have observed less incidence of colds in patients when they are regularly supplementing with vitamin D 5,000IU a day. Taking higher doses at the first signs of a cold may abort the cold or decrease the severity.

The best chance of aborting or shortening the duration and severity of a cold is to start supplementing at the first sign of a cold. I recommend high doses of vitamin C (6,000-10,00mg/day) and vitamin D (10,000-20,000IU/day) at the first signs of a cold (fatigue, scratchy throat, sniffles). Take the supplements for the first 1-2 days. Along with adequate rest and hydration, you may be able to abort the development of more severe cold symptoms or shorten its duration.

What about the color of my mucus? Usually if it’s green means I need antibiotics, right?

This subject regarding the color of one’s mucus or phlegm determining the need for antibiotics is another one of the most frustrating medical myths primary care physicians encounter in their practices. Every cold and flu season, I deal with this type of question quite frequently in my own practice.

When you have cold symptoms and blow your nose or cough up phlegm that is green, this does not mean you have a bacterial infection which would need antibiotics. The green color comes from enzymes released by your white blood cells used to fight off the infection. When your sinuses are clogged during a cold, the mucus in the sinuses will stagnate and appear green when you sneeze or blow your nose.

The bottom line is that green mucus or phlegm does not mean you need antibiotics.

How long is a cold contagious?