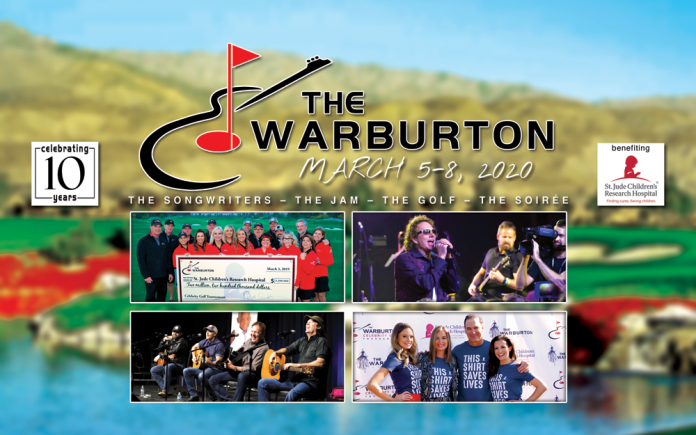 Events have raised more than $12 million for St. Jude since 2011

Now in its 10th year, the Patrick Warburton Celebrity Golf Tournament returns to the desert March 5-8, 2020, bringing in more than 75 stars, songwriters and rock legends for a weekend of golf and one-of-a-kind music events to benefit St. Jude Children’s Research Hospital®, which is leading the way the world understands, treats and defeats childhood cancer and other life-threatening diseases. 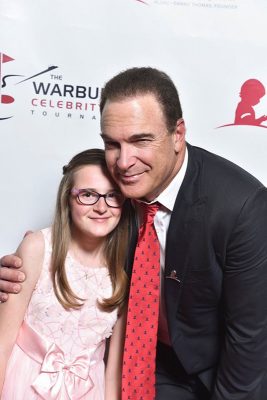 “The prelude events leading up to the main tournament weekend included The Catwalk, a Special Dinner with Andy Childs at The Nest, the St. Jude Dream Home Giveaway in the Coachella Valley which took place last fall, and the upcoming radio-a-thon put on by Alpha Media on February 27th & 28th. The amounts raised at auxiliary events will be added to the total brought in from all Warburton events, which is announced at the end of the golf tournament on March 7th. The auxiliary events have been added over the years to continue to give more people a chance to get involved (since the golf tournament and music events often sell out) and, of course, to keep pushing the bar higher in terms of how much is raised for St. Jude through all Warburton events,” shared Andrea Carter, PR Director for the event. “We raised $58,000 for St. Jude at the Catwalk – which is really good for a first-year auxiliary event!”

Tournament host, actor Patrick Warburton, perhaps best known for playing Puddy on Seinfeld as well as the star of the syndicated sitcom Rules of Engagement, the voice of Joe on Family Guy and numerous roles in movies like Ted and Ted 2, The Tick and Disney’s The Emperor’s New Groove as well as Netflix’s Lemony Snicket’s A Series of Unfortunate Events, brings together his celebrity friends to highlight a star-studded weekend in the desert raising funds for kids battling pediatric cancer and other life-threatening diseases. 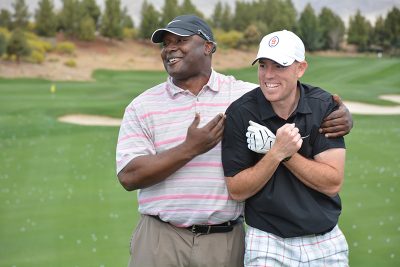 Celebrities will begin arriving on Thursday, March 5, for Songwriters Night – which will be held at the JW Marriott Desert Springs. This will be an evening with a group of renowned Nashville songwriters telling the stories behind their biggest hits, along with performing those hits. This year’s featured songwriters include Neil Thrasher, who’s penned many #1 hits including “Fast Cars & Freedom” by Rascal Flatts, “There Goes My Life” by Kenny Chesney, and “Fly Over States” by Jason Aldean; JT Harding, who wrote several chart-topping hits including “Smile” with Uncle Kracker, “Different for Girls” by Dierks Bentley and Sangria by Blake Shelton; Tim Nichols, known for his Grammy-winning “Live Like You Were Dying” performed by Tim McGraw and also for hits he’s written for artists such as Kenny Chesney, Reba McEntire, Gretchen Wilson, Brad Paisley, and Travis Tritt; and Kelley Lovelace, who received a Song of the Year nomination for “He Didn’t Have To Be,” co-written with and recorded by Brad Paisley and has written for Carrie Underwood, Jason Aldean, Luke Bryan, Kenney Chesney and Keith Urban. Tickets are $150 and include a barbecue dinner and drinks. 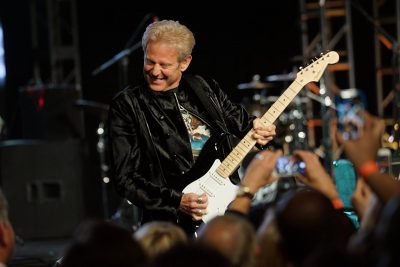 Friday night’s Rheneypalooza Jam – named for event co-founder and Board Chairman, Clarke Rheney – has sold out the past few years because of its unique line-up of Rock-and-Roll Hall of Famers and other famous rock legends who perform some of their hits in what becomes a 4+ hour rock-and-roll variety show. The line-up of artists scheduled to appear includes Mark McGrath (lead singer of Sugar Ray), Mickey Thomas (Starship), Don Felder (formerly of The Eagles), Al Paris (formerly of Kool & the Gang), Tom Johnston, (Doobie Brothers), Jason Scheff (longtime lead singer of Chicago), John Elefante (formerly of Kansas), Mike Mills (REM), Derek St. Holmes (Ted Nugent), Jeff “Skunk” Baxter (formerly of Steely Dan and The Doobie Brothers) and Steve Cropper (Blues Brothers and Booker T & the MGs).There will also be surprise unannounced guests. Rheneypalooza Jam tickets can be purchased for $200. 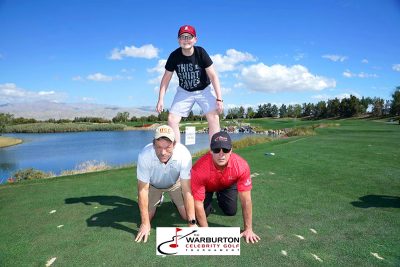 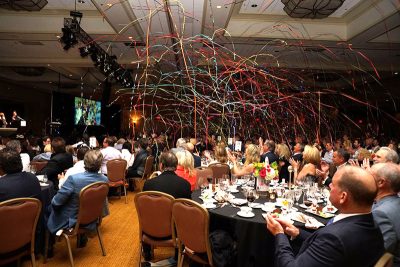 The Saturday Soiree on Saturday evening, March 7, will feature red carpet appearances by many of the celebrities involved with the tournament, as well as a dinner and music by Sixwire – the band featured on the TV show, Nashville. Other celebrities will join Sixwire on stage for special performances, as well. Tickets for the Saturday Soiree are $300.

“It’s a very exciting year as we celebrate the 10th anniversary of this event – which we keep hearing is the best event in the desert! It’s the perfect mix of celebrities, musicians, golf and unique events that aren’t duplicated out here,” said Clarke Rheney, Tournament Co-founder/Chairman and St. Jude 2017 National Volunteer of the Year. “We have rock and roll legends, actors and sports heroes who use their star power for good, mingling with fans and doing their part to raise money and awareness for the kids of St. Jude Children’s Research Hospital.” 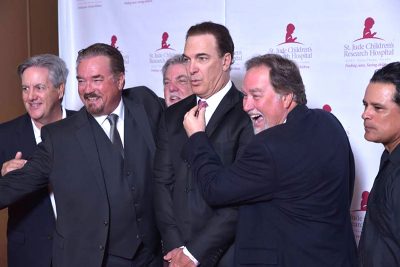 The Warburton is the top highest grossing golf tournament for St. Jude Children’s Research Hospital nationwide, raising more than $12 million for St. Jude since its inception. For more information or to purchase tickets, visit thewarburton.com. 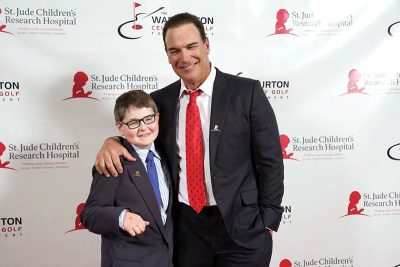 Thanks to Andrea Carter, I, CV Weekly Publisher, Tracy Dietlin, had the opportunity before the Catwalk Fashion Show to interview 3 of the talented actresses from The Young & the Restless. Here are their comments about how they got involved with St Jude and what it means to them. Patrick Warburton also chimed in at the end. Look for a full interview with these ladies in next week’s issue where all 3 ladies dish ALL about The Young & the Restless.

“Kim Waltrip is a good friend of mine and she actually produced a movie that I was in that my husband (Vince Van Patten) wrote and starred in and she emailed me and asked if I wanted to be part of this and anything that has to do with St. Jude I’m a big fan.”

“I was at another event for St. Jude a couple months ago and all charities are amazing but this one is extra special because it’s helping children and it pays for everything so that all families have to worry about is getting their kids well. I also love the fact that they share their research. I mean anything that they learn they share it with others and you rarely see that.”

“It was Eileen…I’m touched and honored that she asked me and Melissa to get involved and do it. St Jude is such an incredible charity and has always been known as one of the charities where all the money actually goes to the families and to find a cure.

I’m so excited and grateful to be here and hopefully be able to work closely with St Jude in the future. There couldn’t be a better charity.”

“I got a really sweet text from Eileen and I said ‘anything having to do with St. Jude sign me up, what can I do?’ As a mother of 2 little girls I think the thought of them getting sick like that is heartbreaking and a parent’s worst nightmare. What St. Jude does for research and the families when they’re going through all of that is amazing.”

I asked Patrick Warburton how the event has grown over the past 10 years. 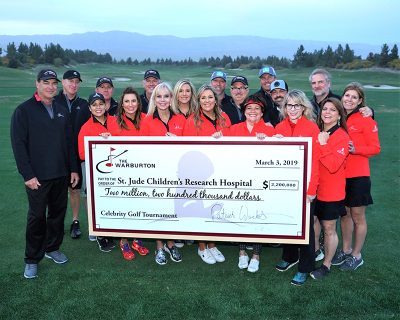 “It has been inspiring to see how it has grown over the last 10 years here in the Coachella Valley. We’ve had great support to the level of it now being the number one fund raiser and support for St Jude in the nation. There are different factors that have made it a success. I mean the community here has come out every year and supported it. St Jude inspires people above and beyond to get involved. I mean when you’re dealing with sick children with catastrophic disease. It’s such a reputable charity and people have to be cautious in this day and age where their charitable donations are going because there is shady stuff going on everywhere, but this is a 100 percent St Jude sanctioned event and you write  your checks directly to St Jude and not a foundation, as those can sometimes be scary. This is where everyone comes out and we ‘party with a purpose’ as we like to say. And we raise money for the best hospital in the world. It’s amazing how many people made the trip here today for the Catwalk Fashion Show just to do it for this charity and we appreciate that!”