Sometimes an artist comes around that is a stand-out. Aysha is one of those artists. I first heard of her about 4 years ago on Smooth Jazz.com. I really enjoyed her music and her marketing efforts. I thought she was a stand-out then and as I’ve watched her rise, I can see why.

This beautiful lady is a vocalist, entertainer, composer, and radio host, with her own weekly radio show on Urban Soul Radio called “Smooth Saturdays with Aysha” from 10 am until noon. The show features independent artists and A list favorites in the smooth jazz genre. She has over 20,000 listeners and has interviewed some of the biggest names including Najee, Eric Darius, Warren Hill and Peter White.

Aysha even won the LA Music Awards for Album of the Year. So how did this talented lady get to where she is? A little history is in order. Aysha decided early on to become a singer. To that end she was with several different groups of girl band/singers. When she teamed up with Girls in the Mix, a group with all original music, they landed opening up for War. They recorded a 5 songs CD and sold it out. When they entered the Battle of the Bands they won! She was spotted by a talent scout who told her “I want to make you a star.” She consulted with the other band members who told her to ‘go for it’. She moved to LA in 1995.

She’s worked with Kevin Dorsey, who was Michael Jackson’s Producer. He wrote numerous songs that he gave her to use, most of the them are on Take Me Higher (the CD) including “Stay with Me,” “Keep on Loving Me” and “I Remember Your Love.” She co- wrote her current hit “Take Me Higher” with Darren Rahn and from the moment they both heard it, they thought ‘We’ve got something here’.

Of course she has the best of the best on her CDs including Will Donato, Lynn Roundtree and the late great Bruce Nazarian.

It’s been a personal boon for her and the artists she features weekly.

She is now on the Innervisions record label along with label mates, Will Donato, Blake Aaron, Slim Man, JJ Sansaverino and more. She will be joining the entire crew at Spaghettini in January for the Namm Jam presented by the label.

In addition to recording and performing she will be one of the featured national artists at the Celebrity Jazz Jam on Monday, Jan. 18 from 5-8 pm at Desert Willow Golf Resort in Palm Desert. It’s sponsored by Coachella Valley Weekly and Desert Zen Spa. 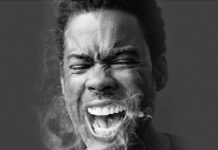 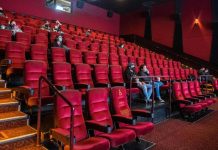 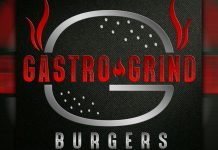