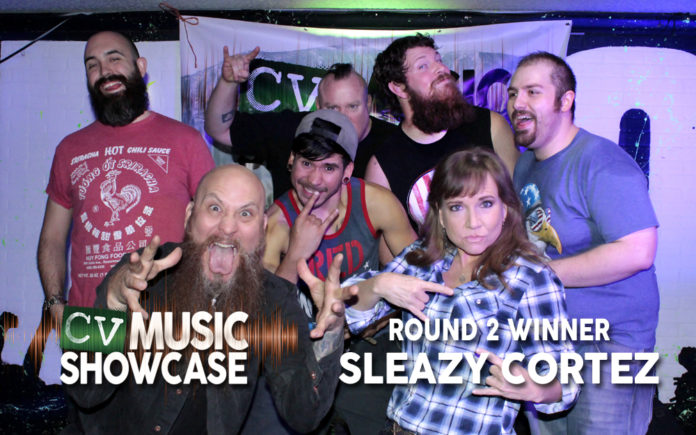 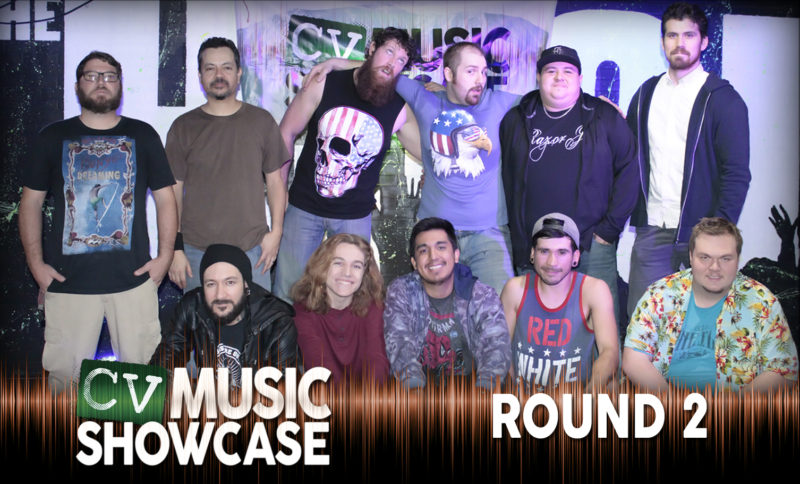 Frank Eats the Floor is comprised of Matt King, Bass & vocals; Franky Altamirano, drums & vocals; Joseph (Jo) Beltran, lead guitar; and Aleks Romo, rhythm guitar.  These guys are all still in high school. Frontman, King, dazzled us with his outgoing personality as he was feeling very comfortable with the crowd for such a young age. He even gave a shout out to his Mom. This young band definitely has a promising music career ahead of them.

“I look forward to what the future brings for you guys. Just continue to keep honing your craft.” Judge Lisa Lynn Morgan 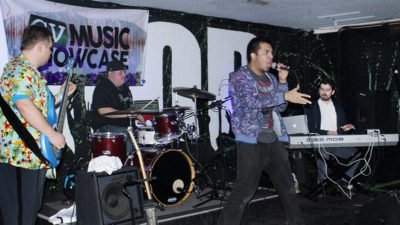 Razor J and the Blades, comprised of Juan Espino, aka Razor J, vocals & guitar; Jesus Gonzalez, keyboards; Chris Plasse, bass; and Tomas ‘T-Money’ Granillo on drums, competed in last year’s Showcase. They showed much growth with leader Espino offering up a varied menu of musical stylings from rap, hip-hop to R&B funk to closing with more of a rock track and picking up his electric guitar and delivering a Hendrix style performance. Espino is quite the storyteller with his rap lyrics and is fun to watch on stage.

“I really liked your high energy and storytelling. The drums and rhythm section were tight.” Judge Elexis ‘Eli’ Becken

“You’re such a great guitar player. I would like to see more of that.” Judge Lisa Lynn Morgan 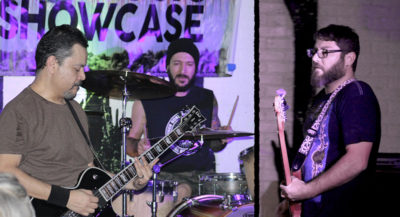 Mega Sun was the surprise of the night as they’ve only performed 3 shows together and been a band for 6 months. With Jeremy Parsons on bass n vocals, Chris Rivera on guitar; and Tyler Ontiveros on drums, this rock/metal power trio were extremely tight. Ontiveros offered up a riveting drum performance and could easily end up with a nomination for Best Drummer in this year’s CV Music Awards.  This is the band to watch in 2018.

“You guys remind me of a bit of Red Fang and Anthrax. It was really tight. I feel like you guys could already go on tour.” Judge Elexis ‘Eli’ Becken

“I want you guys on the radio this week.” Judge TK 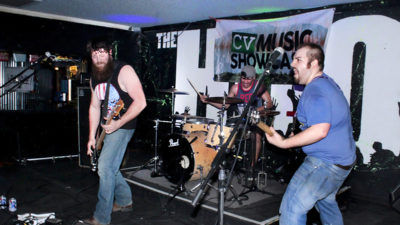 Finally, Sleazy Cortez took the stage and held the audience and judges in their hand their whole performance. With their white trailer-trash, raw punk lyrics performed by kick ass bass player, Derek Wade Timmons, you can’t help be drawn in by this punk power trio. Drummer Damian Garcia holds down the beat while guitarist Nick Hales entertainingly shreds. It was easy to see why this band slid in for the win and took home the $200.00 cash prize for the night.

“You guys are a bit loosey goosey and I love that about you. You’re kind of like the bluesy, punk Red Hot Chili Peppers of the Desert with a little Tenacious D thing going on. You’re what a punk band is all about.” Judge Elexis ‘Eli’ Becken

“You guys are all the reasons why I love music. You’re a high energy rock, funk explosion.” Judge TK

“I like that you had that Wal-Mart white, trailer-trash thing going on. You had great riffs and great grooves. It was fun and tight. And you have merch.” Judge Arthur Seay

Sleazy Cortez will move on to the Showcase Finals to be held at The Hood Bar & Pizza on Saturday, May 12. They will join Round 1 winners Manuel the Band, along with the winners from the next 3 Showcases. There will also be one Wild Card pick joining the 5 winning bands.

The winner of the Finals will receive $2,000 cash sponsored by Brad Guth of The Hood and Julie Montante of PSA Organica; a photo shoot courtesy of Laura Hunt Little Images; and a one track recording with Arthur Seay at his Bitter Sands Recording Studio.