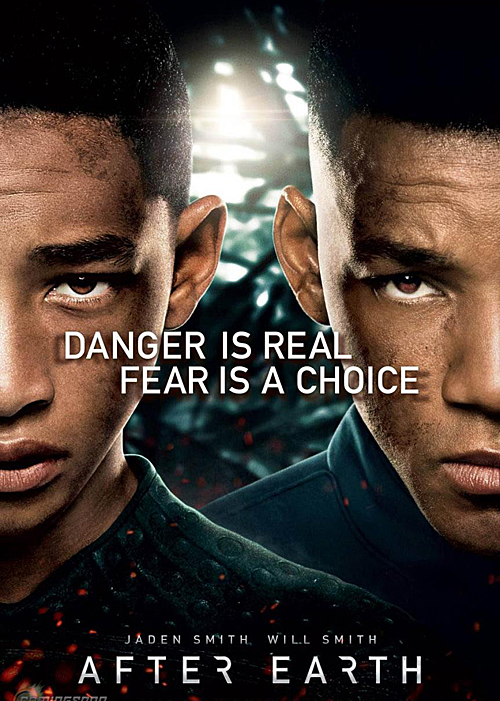 Some movies arrive with so much baggage that it is impossible to ignore or avoid the massive cart of luggage the film drags in its wake. First of all, this blatant vanity production courtesy of Mr. and Mrs. Smith apparently has as it’s prime purpose to make offspring Jaden a star. Dad Will may be the biggest, if not the most bankable, movie star in the known universe but his incredibly brief screen appearance in the actual movie seems a tad deceptive, considering his giant half-face on the poster. I hate movies that don’t deliver on the premise of the poster. It’s Kind of a bottom line thing with and no doubt millions of devoted moviegoers. Another thing that rankles is the clear avoidance of nary a mention of the director. That being the one and only M. Night Shyamalan. Yes, he’s back. How is this even possible? With Smith’s film, he’s allegedly directing his first movie “for hire.” This is a guy who has lost all cred as a filmmaker and this outing just drives more nails – if that’s possible — into into his cinematic coffin. There’s a third thing about this deceptively marketed movie that is gaining a lot of attention. Is it deeply embedded scree that is intended to validate some of the basic tenets of Scientology? I am not joking about this. There’s a huge Internet blog that goes into great detail on this idea and it is alternately fearful and hilarious. And believable.
OK, about the movie itself. The core story concerns a crash landing of teen Kitai Raige and his dad Cypher (oh those clever names!) on the earth a millennium after a cataclysm that forced all humans to evacuate. Cypher’s injured and Kitai has to go on a dangerous trek to signal for help. Wild evolved animals rule and on top of that a fierce alien creature escaped during the crash! If the dad and son can learn to work together and trust each other they just might make it back home. Too bad there’s no shared emotion between them. This is a weird, clunky and inept project with all kinds of hidden and not so hidden agendas. The poster plays with a two-line tag: “Danger is real. Fear is a choice.” It needs a third: “Avoidance a must!” You have been warned. Now playing. 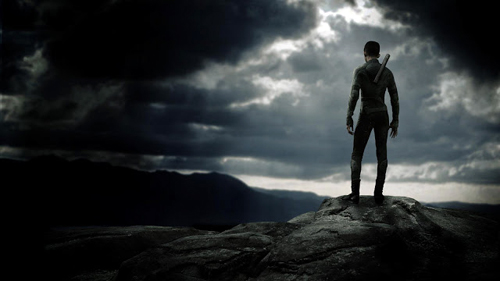 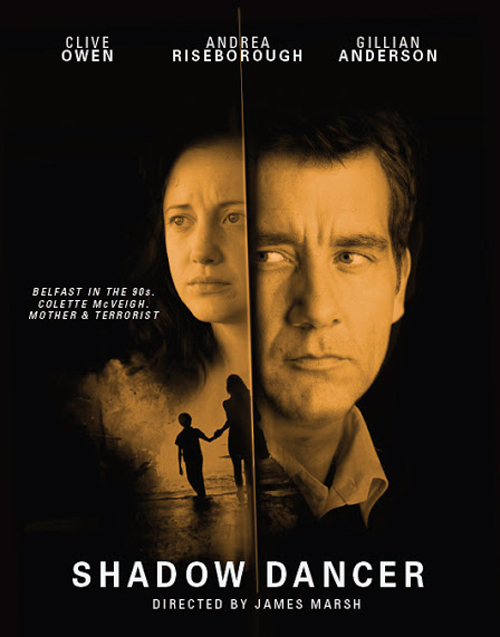 Collette McVeigh is a single mom living in Belfast, Ireland with her own mother and hardcore IRA brothers. She is arrested as part in an aborted IRA bomb plot set in London. An MI5 agent gives her an impossible choice: go to prison for 25 years or return to Belfast and spy on her family. Thinking of her son and trusting the MI5 agent, she returns home. When her brothers’ operation is ambushed, fingers are pointed and Collette finds herself — and her family — in a desperately dangerous place. This terrific film plays it for real. Highly recommended. Now playing. 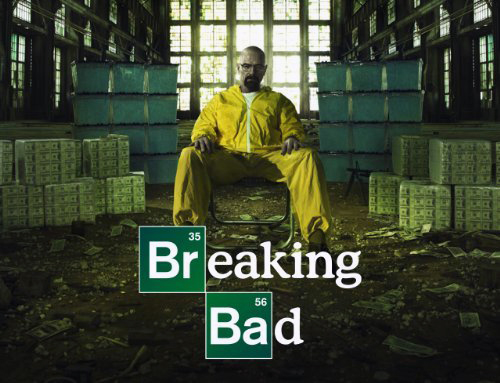 Walter White’s (Bryan Cranston) epic spiral into darkness seems devoid of redemption at this point, yet we are concerned for him and his family. Walter’s wife Skyler (Anna Gunn) has been effectively laundering Walt’s drug money, but now she sees Walt for who he is: a full-fledged psycho.

Cranston has made a number of appearances at Cinemas Palm d’Or (he’s part owner). In Q&As for other films he’s been a part of, he is always asked questions about BB. At his last appearance, when he confirmed that it was true, the series would end after the fifth season, people groaned loudly. Cranston said, “How much worse can Walter get? What do you want? You people are all going to hell!” The new Blu-ray collection is loaded with hours of great extras. Sony. Blu-ray. 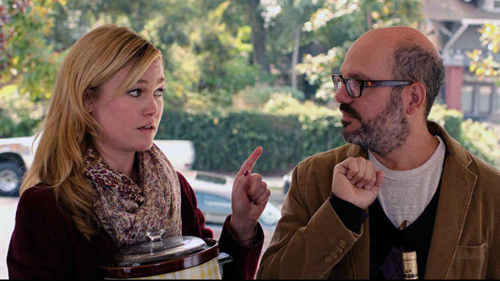 Todd Berger’s wonderfully dark couple’s brunch devolves into an impromptu group therapy session when it appears the apocalypse has begun and the end is undeniably near. Secrets, fears, hopes and desires are revealed — and in some cases exposed — in a crazy mix of desperation, denial and slapstick. Writer director Berger is a fresh voice that is as much for our time as Woody Allen’s was when he first emerged on the scene. Hard to know what to call this skewed perspective that’s alternately sweet and acidic. I say it’s a post hipster comedy. The movie always surprises and in the end, does not disappoint. How rare is that? The perfect cast includes: Julia Styles, America Ferrara, David Cross, Kevin Brennan, Jeff Grace, Erinn Hayes and Rachel Boston. When Berger showed his film at Palme d’Or to an enthusiastic audience, he said, “With all the big budget apocalyptic films set for release in the coming year, I wanted to do a little screwball comedy about eight friends having brunch at a friend’s home when the world ends.” Not everyone would consider this a fitting subject for a comedy but Berger brilliantly succeeds and this film is worth finding and highly recommended. The DVD has some nice extras and a terrific commentary by Berger and some of the cast. Oscilloscope. DVD.

Got something to say? RobinESimmons@aol.com