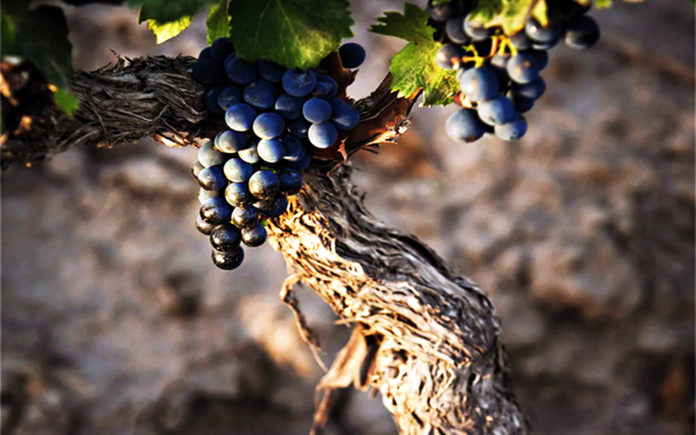 As your friendly neighborhood wine steward in Palm Springs, I’ve noticed that the recent rain and cold weather has brought a more than moderate amount of Malbec shoppers. Of course it’s a no-brainer: what wine comes to mind when one wishes to be warm and cozy surrounded in draped velvet?

Malbec wine fits the bill as it is rich with tons of smooth fruit flavors along with that touch of oak to give the wine its toasty and warming characteristic. It’s a crowd-pleaser that’s easy to drink and it’s as popular as ever.

I remember in Orange County back in the 70s and 80s, there was this kinda hole-in-the- wall unique Argentinian restaurant in Costa Mesa near Harbor and Newport Boulevards. We’d go in to order from the Italian/Spanish influenced menu. And then there were these strange labeled bottles that contained the darkest red wine we’d even seen. But it was very tasty with good fruit that went well with the meat and pasta dishes.

It turned out that we were enjoying the Malbec that Argentina really wasn’t interested in exporting. But have times changed! Over the past ten years it has become one of the most popular red wines on the American market. Indeed, I now read reports that Argentina is the fifth largest wine exporter in the world. And most of the wine they do export is your Malbec.

As I’m always quick to chat it up with our wine customers, I find many new wine drinkers thinking that Malbec is an Argentine vine. They are often amazed that Malbec was and is one of the blending grapes that produce a red Bordeaux. When their interests expand, we start to talk about “le vin noir”—the black wine of Cahors, a region in the southwest of France, where pure Malbec is poured.

In the mid-nineteenth century, a group of alert Argentine winemakers consulted the French for their take on a grape they should plant in order to improve the quality of Argentine wine. The winemakers took vine cuttings from France and brought them back to Argentina, primarily planting them in the wine region of Mendoza. In the hot high-altitude of the region, just down from the tall Andes mountain range, the Malbec vines thrived, producing grapes with a much fruitier taste profile than the leaner ones from France.

(But by all means, please look for a Malbec from Cahors. It’s higher in acidity with more floral, black pepper, spice and tannins—it’s often blended with a bit of Merlot.)

But for almost 100 years after being planted, Malbec remained a wine consumed inside Argentina, enjoyed by the gauchos on the pampas plains and paired with their famous beef. And the wine got better and better.

Quoting from the Wall Street Journal, “Malbec took off in the U.S. due to its populist appeal. It was a wine not discovered by sommeliers, but by regular wine drinkers seeking a wine that was both delicious and affordable. The wine’s popularity spread via word of mouth, not wine lists, and to this day is still found more in people’s homes than in restaurants.”

Other colorful comments I’ve heard is that “people love to call Malbec a working man’s Merlot, as the wine has many of the same characteristics that make Merlot easy to drink, with an added spice and acidity that makes it seem less polished. Malbec is the guy who rides the Harley to Merlot’s guy that drives the Vespa.” Everyone’s a lively wine critic these days—huh?

Of course you foodies are well aware of the health benefits associated by means of very dark fruits with all of those antioxidants hanging about. Same with this wine: all current health studies find that Malbec is one of the healthiest along with the Tannat grape. (Interestingly, Cahors’ Malbec and Midiran’s Tannat are from the same region in France.)

A glass of Malbec or Tannat can provide comparable health benefits similar to those reaped by drinking green tea. It helps in the prevention of heart attacks and stroke, while actively increasing your good cholesterol levels. It may also prevent certain cancer and improve longevity. Wow! Now we’re ready for that big fat steak!

Besides the steak, Malbec pairs up quite nicely with spicy Mexican, Cajun, Indian, Thai, Vietnamese or Italian fare. Most of you readers know this already with your pairings at home.

The Malbec flavor profile starts with a predominance of black cherries, plums, and spices. Then things start to open up: dark chocolate seems to permeate around other flavors of blackberries, dried fruits, earth, game, leather, licorice, tobacco, and vanilla. No wonder it can match all of the mentioned cuisines.

Since Argentina has taken charge, almost all Malbec that you find at our markets are from South America. The range from $8 to $20 will get you a decent to very good quality wine.

For kicks and grins, it’s fun to imagine quaffing this high-priced spread:

2015 Viña Cobos Malbec Perdrriel Marchiori Estate, $225. Viña Cobos Winery is the dream of Napa Valley’s trail-blazer Paul Hobbs. The Cobos flagship wines are produced from the most vintage vines of Marchiori vineyard. These wines are elegant and subtle, highly powerful and concentrated with good complexity and balance; “A lithe red, with cedar spice accents to the dried cherry, raspberry and sarsaparilla flavors, lengthening out with minerally freshness.”

Back down to earth, we always love the 2014 Bodega Norton Malbec Reserva Mendoza; fresh and herb-tinged, with cherry, mountain berry, and a whiff of Chinese five-spice. It’s a good tasty deal at around $18.

Argento Malbec Mendoza is a really good buy at around $13; “Rich and robust, with flavors of red currant, roasted plum and cherry tart. Accents of white berry show on the fresh finish.” Here’s to a taste of white berries—Cheers!