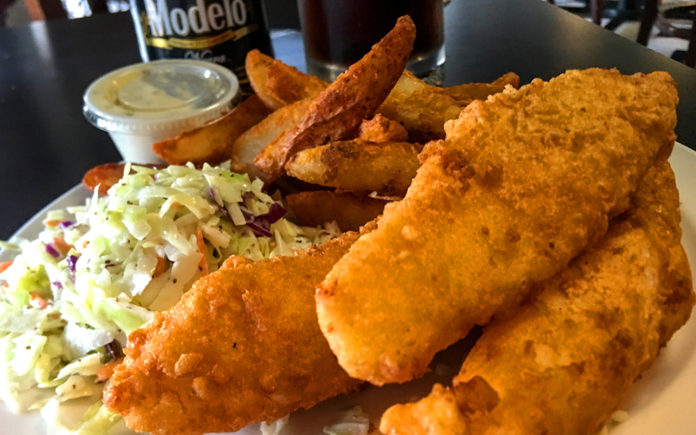 Between 1830-1860, a powerful wave of German immigrants fled their homeland and moved to the United States, bringing their culture, food, and drink with them. Settling the Midwest states like Minnesota, Michigan, and particularly Wisconsin, the cuisine that German immigrants enjoyed became regional staples over time, particularly bratwurst. A combination of the German words “brat”, which means finely-chopped meat, and “wurst”, which means sausage, the practice of simmering chopped onions and bratwurst in beer became a Wisconsin favorite, and is one of the most iconic and familiar ways that Americans cook with beer.

It’s also super basic compared to the epicurial rabbit hole that I’m traveling; you need to leave that trife drivel behind and come with me.

While I have nothing personal against you wanting to turn your favorite pilsner into hotdog water, I am gonna judge you (hard) if that’s the extent of your gastronomical adventures with beer. Have you never had beer-battered fish and chips or beer-battered onion rings? Oh, my goodness, they are delectable and are just the tip of the iceberg when it comes to cooking with beer. The use of beer in food recipes isn’t a random choice, beer affects dishes in three distinct ways; by leavening, tenderizing, and adding taste.

Because beer is brewed with so many of the same ingredients used to make breads (let’s be honest, it’s liquid bread. Holy cow, a Barleywine has 300 calories in a 12-oz bottle. That’s liquid cake), it’s no wonder that it works so well when baked into biscuits and frittatas, adding a complex range of toasty and earthy notes that compliment both sweet and savory dishes. Because beer has a low pH of around 4, its acidic enough to reduce gluten formation when mixed into doughs, resulting in a lighter, less dense crumb. It’s this exact reason that beer-battering is so popular. The carbonation and pH of an amber ale or lager will create a crisp, airy coating when fried, not to mention add those toasty, earthy flavors that you won’t get from a water-based batter. 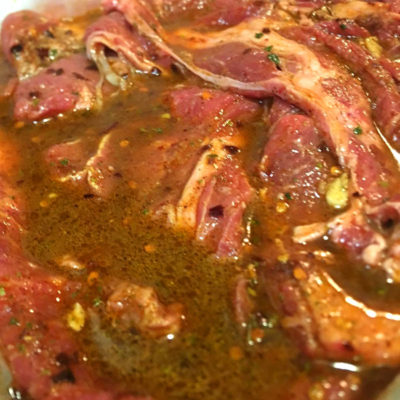 The acidic nature of beer as well as its alcohol content makes it a powerful meat tenderizer, breaking down and denaturing even the toughest muscle and connective tissue. I made a carne asada marinade using an IPA, where the citrusy hop notes would be complimented by the flavors of chili and lime; the resulting dish was some of the most tender flank steak tacos I’d ever had, and only reinforced the fact that beer should be used for marinating almost every kind of meat there is. Brown ales, reds and stouts also make excellent marinades, depending on what style of dish you are cooking. The same foods that would pair with a beer style can easily be cooked or marinated in it.

Dark ales can add rich, earthy flavors to soups and stews that makes them taste like they’ve been simmering for hours. When food is cooked between 280 to 330 degrees Fahrenheit, a non-enzymatic browning occurs called the Maillard reaction. This is a chemical reaction between amino acids and reducing sugars, and it gives toasted and browned food its distinctly deep flavor. Roasted barley malts have undergone the Maillard reaction, and it’s what gives stouts, porters and brown ales their signature roasted and caramel-like flavors. I cooked a chili using a bourbon barrel aged stout and finely ground espresso roast coffee grounds (sprinkled over the simmering beef along with the cumin, paprika and other spices), and it ended up one of the best chilis I’ve ever made, due in no small part to the complex flavors contributed by the stout.

The Craft Beer Cookbook is my favorite resource for getting inspiration as well as tried and true recipes for cooking with beer. Not just a clever title, Cooking with Beer is another fantastic recipe book that’s chock full of ideas on how to booze up your next brunch, and if neither of those are books that you can get your hands on, the internet is rife with recipe ideas that are only a Google click away. 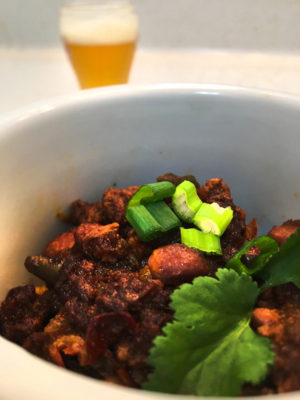 A basic rule of thumb is to never cook with something you wouldn’t drink, as you would want to enjoy the flavors imparted to your food by the beer. A common worry for those unfamiliar with using alcohol for cooking is the possibility of being inebriated from eating food prepared with beer. A valid apprehension, especially where children or those who choose not to partake of alcohol are concerned. It’s a widely-accepted misconception that heat removes all the alcohol from food, yet It’s been proven that alcohol remains even hours after cooking. The good news is that even pan-fried dishes, cooked over high heat for a short amount of time, has so little alcohol left in it (less than one tablespoon per serving) as to be negligible.

It’s widely accepted that the consumption of cooked beer is safe for minors and pregnant women, but you should always consider the religious and moral concerns of those you are cooking for. Teetotalers who are serious about abstinence and sobriety should always be considered, and you should never unwittingly serve someone a dish made from beer without first disclosing to them what they’re eating.