Ace Hotel & Swim Club whole heartedly celebrates The Kona Surf Film Festival on Friday, June 19 at 6 PM. After eleven years of curating independent shorts and feature-length films from filmmakers the world over, the festival is now known as a Big Island tradition for vast communities of surf, art and music enthusiasts. The event will run alongside the Palm Springs International Shortfest, and all proceeds will benefit Surfrider Foundation, a non-profit organization dedicated to protecting our oceans and beaches. With performances by Tomorrow’s Tulips, Darren Rademaker of The Tyde and Matt Costa — along with DJ sets by special guests The Allah-Las (among others), this will be one to write home about.

Ticket prices are: $10 or $25. Both prices include a reusable stainless steel cup, (yours to keep) since this is a no-plastic event. 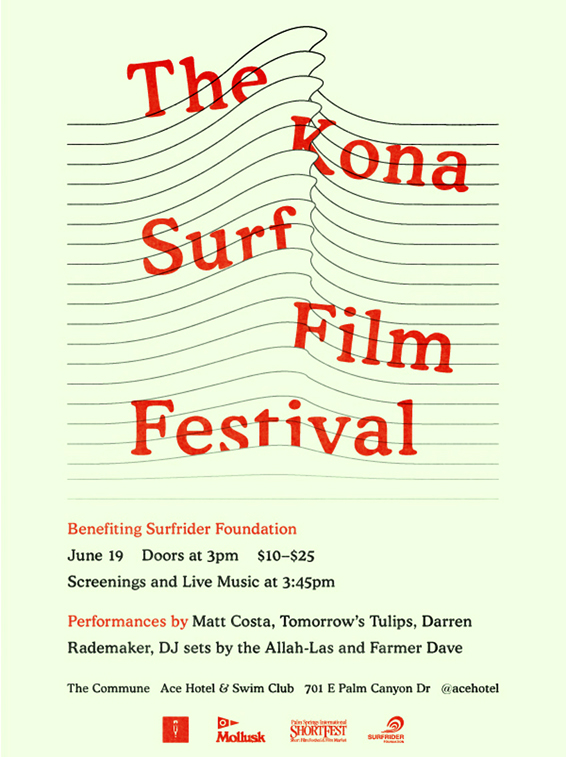