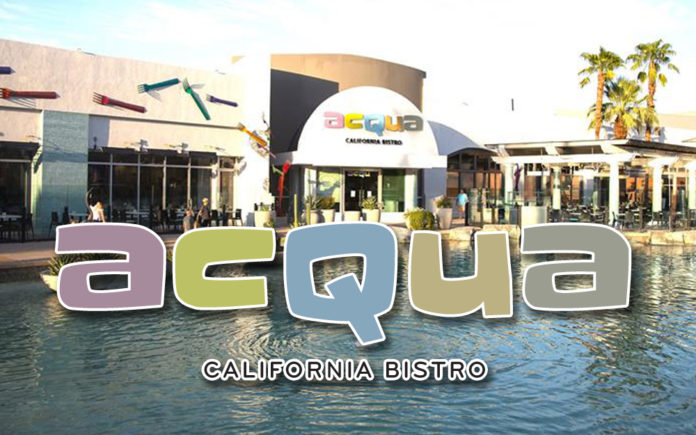 The River has warmly welcomed the opening of its newest restaurant, Acqua California Bistro, the latest creation from veteran restaurateurs and Rancho Mirage residents Jerry and Barbara Keller. 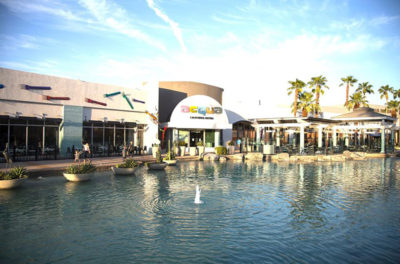 The new Acqua has expanded along The River’s promenade on Highway 111, and offers panoramic views of the Santa Rosa and San Jacinto mountains from its dining rooms, sidewalk patio and covered waterfront terrace. The opening of Acqua marks the return of the Kellers, who opened their original Acqua Pazza at The River more than 15 years ago.

“The opening of Acqua is a huge milestone in our on-going efforts to enhance the quality of our guests’ experience while visiting The River,” said Ungar Kung, principal at CL Asset Management, owners’ representative of The River.

Acqua joins The Fox & Fiddle, a modern take on the British pub and an established and well-known restaurant brand from Canada, which opened at The River earlier this year. In addition to these new dining destinations, The River is home to the Coachella Valley’s largest collection of restaurants in one center, which also includes the award-winning Babe’s BBQ and Brewhouse, Ben & Jerry’s, The Cheesecake Factory, Five Guys Burgers & Fries, Flemings Prime Steakhouse, P.F. Chang’s, Starbucks, and The Yardhouse. The River’s restaurants are a collection of some of the best restaurant brands not available within a 60-mile radius and the finest local operators appealing to a broad mix of residents and visiting diners.

In the past year, The River has grown its music and entertainment programming to a full 32 weekends, hosted the area’s only fashion presentation by retailer Forever 21, opened a seasonal outdoor ice skating rink, The Renova Rink @ The River (returning for 2017/18) with a Holiday Spectacular on Ice and Tree Lighting, and supported numerous community events, including the annual Desert Sampler. Next spring, The River will introduce its 2018 Chefs Culinary Series, an eight-week long event with demonstrations, tastings and special menu-driven dinners at its restaurants.

The River at Rancho Mirage is just minutes away from most desert communities, resorts and hotels. This premier shopping, dining, and entertainment destination offers an extraordinary line-up of restaurants, The Century Theatres at The River, and retailers including Forever 21, Diane’s Beachwear, Optica, MAC Cosmetics, and others.