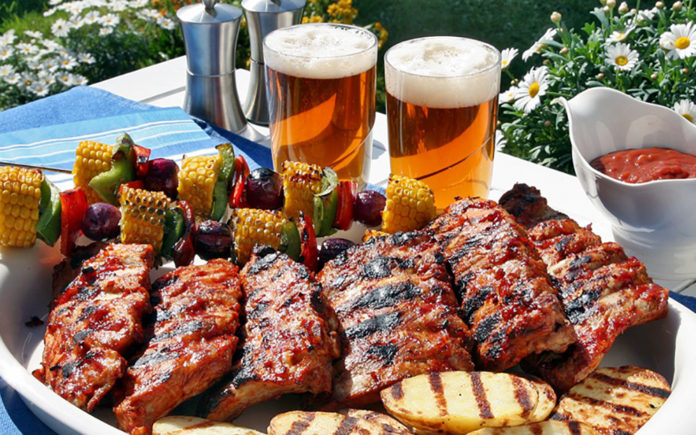 I’m sitting here trying to make sense of how my electric bill seemed to quadruple from last month to this one, and I’m having to face it: we’re in the crap time of the year again.

Gas prices are up, temperatures are up, stinky armpits are up, seasonal jobs have ended, everyone’s sweaty, and going outside is going to suck till late October.

But dammit, it’s also backyard BBQ and pool party season, and at some point, you’re gonna have to brave the scorching heat to go pick up a six-pack of something to bring to the BBQ, and believe it or not we’ve got more options here than your standard Bud and Corona Lights.

If your backyard barbecue is going to be Mexican-style, then we’re dealing with a mixture of bright, bold, and savory flavors that need a variety of beers to compliment the food being served. 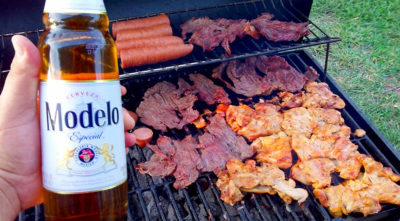 Picture a grill with carne and pollo asada sizzling on the grates, a table with all the fixings including Pico de Gallo, lemon and lime wedges, cucumber and radish slices, tortilla chips, beans and rice all ready to be served when the meat is done. A bowl of ceviche or shrimp cocktail chilling in the fridge, those bright and tart citrus notes needing a beer that won’t overpower and hide the flavors.

You’ll want two different styles of beer for this spread, one to compliment the light flavors of the pollo and camarones, another to match the bolder flavor of carne asada.

The first is a Pilsner lager; a classic, crisp and refreshing beer that just screams to be pulled out of an ice chest and popped open in hot weather. A fairly ubiquitous style that is the basis for all pale-gold American and Mexican lagers, it’s neutral flavor profile and low bitterness pairs it well with chicken and seafood.

When choosing a Pilsner for your BBQ, you’ve got a wide menu to choose from; everything from PBR, to Stella Artois, to Firestone Walker’s Pivo Pils will pair with your pollo and camarones. But if you really want to stick with a theme, you’ve got to go with a Mexican lager.

Not only are there the ubiquitous brands like Corona, Tecate, and Pacifico, but there are now several craft Mexican lagers available at places like BevMo and Total Wine, that are arguably superior to anything distributed by Grupo Modelo or Heineken México. 21st Amendment’s El Sully, and Alesmith’s Sublime Mexican Lager are top-shelf representations of the style, and would never be turned down at a BBQ.

While a Pilsner lager matches the bright, citrus flavors in ceviche or pollo asada, you’ll want something a little more substantial for your carne asada, and that’s where an amber ale or lager fits the bill nicely.

An amber lager has these great flavors that can range from dry toasted bread to lightly-sweet caramel. Those flavors both come from a process called the Maillard reaction, a chemical reaction between amino acids and reducing sugars that gives browned food its distinctive flavor. That same reaction is occurring as you char and caramelize the proteins and fats that make up your carne asada, and that’s why a red ale or amber lager compliments red meat so well. American-style is usually hopped assertively with citrusy hop varieties, while Mexican ambers are based on Vienna lagers. You can’t go wrong with either choice. 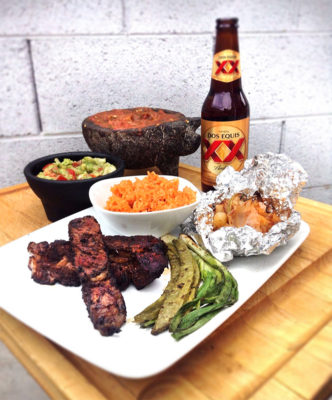 But say you’re going for the all-American classic BBQ, with grilled hamburgers, hotdogs and steaks; beans, coleslaw and even maybe some macaroni and cheese. There’s nothing wrong with using pilsners and amber lagers here, but the smoky, savory meats and spiced hotdogs allow you to go bolder with your beers as well. And nothing pairs better with a burger than an IPA.

An IPA offers a bold, resiny, oftentimes fruity or citrusy hop-flavor profile; with enough bite to cut through fats and spices, and clean the palate for the next bite. If IPA’s are not quite your thing, pale ales get the job done, albeit with less chutzpah and dankiness. IPA’s and Pale Ales are the domain of craft beer, and you don’t want to cut corners on a budget brand from Trader Joe’s or Costco. Sierra Nevada, Stone Brewing, Lagunitas, and Hangar 24 all make superior IPA’s that are worthy of pairing with even the best tri-tip steaks. Sierra Nevada’s Torpedo Extra IPA, and Lagunita’s IPA are two classics that are easy to find, and won’t be too harsh on your wallet.

Next week’s installment of Brewtality will wrap up my exploration of Mexican lagers with a shootout of 6 of the more readily available brands on the market!