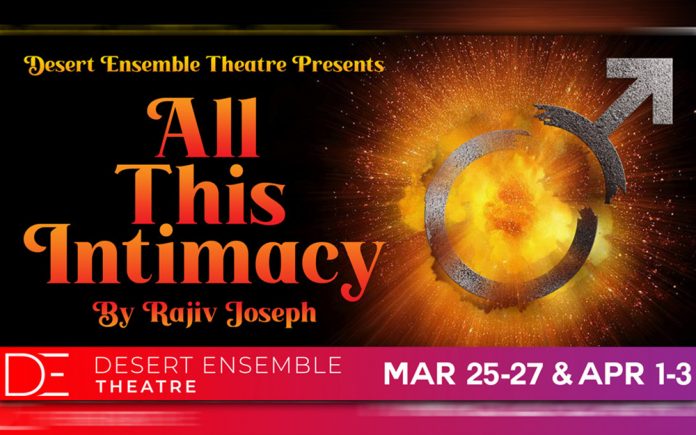 Desert Ensemble Theatre (DET) concludes its record-breaking season at the Palm Springs Cultural Center in February with All This Intimacy by Rajiv Joseph. 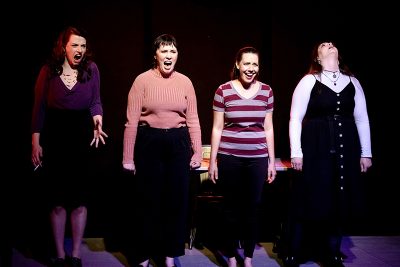 Performances are March 25–27 and April 1–3: Fridays at 7pm, Saturdays at 2pm and 7pm, and Sundays at 7pm. Tickets are $35 and available at www.desertensembletheatre.org.

In Joseph’s comedy, Ty Greene is a normal guy with three very big problems. In an unprecedented (for him) run of promiscuity, Ty has managed to impregnate three women in the span of one week. As the women converge and figure out what’s happened, Ty realizes his life is adrift and that he only has a limited time to try to piece it back together. 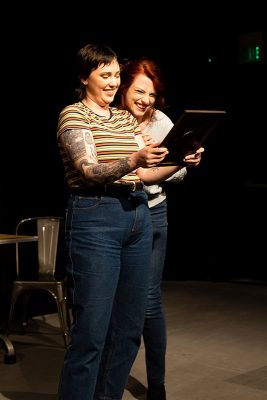 All This Intimacy was first produced by New York’s Second Stage Theater.

Since taking residence at the Palm Springs Cultural Center, DET has received critical acclaim for its productions of The Beebo Brinker Chronicles, Artificial Morality, and Salty. DET was the February 2022 recipient of the Coachella Valley Spotlight Grant – a partnership of the H.N. and Frances C. Berger Foundation and CBS Local 2 – and is working with the Palm Springs Cultural Center on critical technical upgrades that will benefit both DET and other organizations performing at the venue. 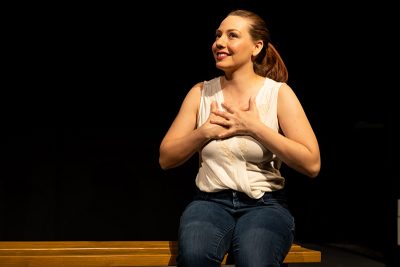 Rajiv Joseph’s play Bengal Tiger at the Baghdad Zoo was a 2010 Pulitzer Prize finalist for Drama and also awarded a grant for Outstanding New American Play by the National Endowment for the Arts. He has twice won the Obie Award for Best New American Play, first in 2016 with Guards at the Taj (also a 2016 Lortel Winner for Best Play) and in 2018 for Describe the Night.