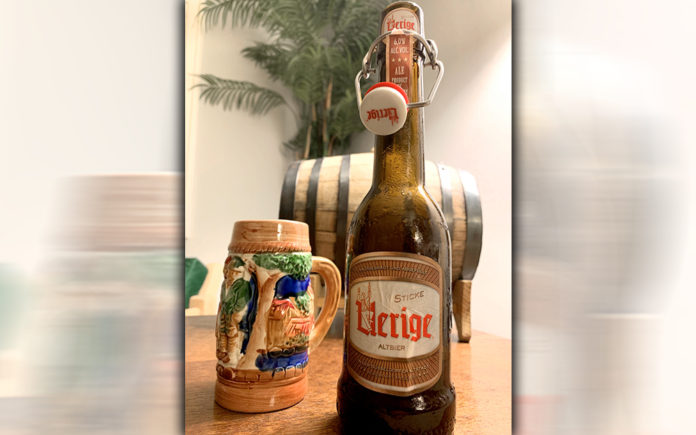 The way that brewers would store their beer in the medieval period was in ice lined caves, dug beneath the dense, spreading canopies of chestnut trees. It was said that in the warm summer months, the beers would mature in cold storage by sitting in cellars lined with ice from nearby rivers and lakes, which is a statement that makes no sense to me since I live in the Coachella Valley and am confused anytime I’m not half a heatstroke away from ending my day. What kinds of summers do they have over there in Germany where chunks of ice are literally just laying around in July? I feel like the first person to hear about ice lined caves during the summer probably was too polite to call bullshit, and now we’re stuck with that story. Whatever. Before the advent of electricity and refrigeration, these forest cellars full of beer were commonplace, and that’s where the term “beer garden” came from. I would totally believe that line if I wasn’t already suspicious of the summertime ice-cave stories, but I digress. Once electricity and refrigeration made the need for these caves obsolete, lagers made with bottom-fermenting yeast became the most sought after in the land, and beer made with top-fermenting ale yeast became the old-school exception.

Just as there are brewers today who shun new trends, European brewers back then weren’t much different. Seeing the rise of lagers as an affront to their sense of tradition, two cities in particular stuck to their guns and defined styles of beer that became synonymous with their regions. In Cologne, they brewed a pale, fruity and crisp ale that they’d cold cellar like a lager, called a Kolsch. In Dusseldorf, they also cold cellared the ale they brewed, only theirs was a much different beer than the Kolsch. Proudly bucking trends, they called this beer “alt”, the German word for old, as a nod to it being made with the old-style ale yeast. The title Altbier also refers to the beer being cold conditioned for months before serving, rendering it old compared to the way that many ales were present use, meaning they were brewed and consumed very quickly. 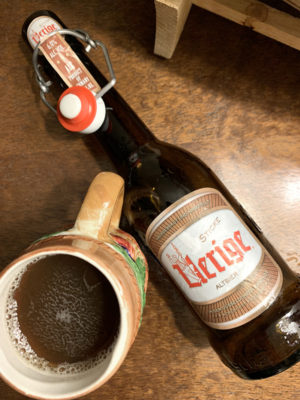 Altbier is classified as an amber-hybrid and shares many traits familiar to anyone who’s ever had an amber ale. While American ambers are usually full of caramel and citrus notes from the choices of malt and hop used, the German altbier is grainy and robust with cherry-like esters and a lightly woody bitterness from noble hops. A stronger variety of alt became known as the secret, or Sticke (pronounced shtick-uh) alt. Originally created as a brewer’s reserve, the Sticke was higher alcohol, with more complexity and flavor, and is regarded as a “double” altbier.

The most commonly found altbier in the American mainstream market is Alaskan Brewing’s Amber Ale. Identified as an “Alt Style Beer” on the label, this ale is fermented slowly at colder temperatures, causing an aged, or older beer. At 5.3% ABV and 18 IBU’s, Alaskan’s Amber is a clean, easy drinking beer that leans on caramel flavors in its malt-forward approach. Nothing beats a true German alt, and Uerige Sticke is hands-down one of the best beers I have ever tasted.

At 6% ABV and 65 IBU’s, Uerige’s Sticke is much more robust in its flavor, tasting intensely like liquid brown bread. Rich with toffee and raisin flavors yet finishing dry with a silky mouthfeel, this beer drinks decadently, and is a testament to the character of old-world brewing. Skillfully made to be wholly unique, this is the beer that made me a fan of the style and has me interested in brewing a Sticke alt-style beer in the near future.