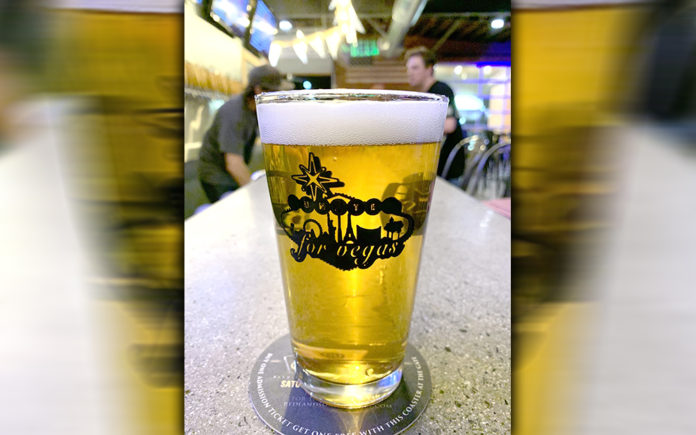 People like a good challenge, this is never more evident than the hordes of suburban moms and yuppie bros who don their knee-high socks and flock to their local meat garage, or as they prefer to call it, a “CrossFit gym” (air quotes), to injure themselves doing Olympic style workouts in a speed run. I’m sure there’s a sense of accomplishment in shredding your bodies connective tissues faster than my grandma can cut Golden Corral coupons from the Sunday paper, but I digress. Most people want to try new things and expand their horizons just a bit, and in the case of beer, this is never more evident than when you watch a Bud Light connoisseur enter a small local brewery for the first time as he tries to figure out who drinks this shit. From sour IPAs with fruit and lactose, to Imperial stouts with made with pound cake, frosting and chocolate syrup, it’s all ridiculous. Even I question how we got to this point, but that’s an entirely different rant for an entirely different article.

Yes, the look on the domestic light beer lover’s face when he sees a 2019 craft beer menu is the same face my nephew makes when he’s taken to a sushi restaurant instead of McDonalds. He’ll ask the beertender behind the counter what the most “normal” beer is, and she will inevitably always point him to the blonde ale. American blonde ales are as ubiquitous as they are benign; practically every craft brewery has one and most of them are as appealing as carbonated bath water. Not even the good kind of bath water like you can buy from Belle Delphine, but like, my bath water. I went to a highly rated brewhouse the other night, and their blonde ale was so blah. The thing is, it doesn’t have to be that way. The style leaves room for interpretation, and you’d be surprised at how good they can be when done right (That doesn’t mean adding lactose, vanilla and coconuts to it, by the way).

But before we get to that, let’s explore how the style of the American blonde came to be.

The modern history of beer has fairly simple origins, with all ale being brownish in color and slightly smoky in flavor until the advent of coke burning instead of wood burning furnaces. Coke is a coal derived source of fuel that burns at a lower temperature and without smoking way that wood does. This means the barley no longer roasted, smoked and burned when heated during the malting process. This led to beer lighter in flavor and color, and the inevitable advent of pale lagers and ales.

The use of coke to dry roast malted barley allowed for newer and more interesting styles of beer to emerge, and it was the pale ale that took off in popularity by the early 1700’s. With a color and clarity unseen before, the sparkling appearance lent itself to lagers as well, a regional style of beer that was limited to favorable seasons and cool climates. That is, until the first refrigerated fermentation vessel was created in Germany in 1870. Lagered beer had a smoother, crisper flavor than their ale counterparts, and the popularity of the style spread across Europe and the sea. Skilled German brewers made their way to the United States where they shaped the drinking practices of beer lovers to this day with the pilsner lager.

By the late 1800’s, Refrigeration and Pasteurization led to the booming popularity of Pilsner style lagers across the U.S, as immigrant brewers staked their claims and began their empires, giving the American drinking public a balanced, drinkable and refreshing style beer fit for all utilities. This reign would go unchallenged for decades, until prohibition, a constitutional ban on alcohol in the United States that lasted from 1920 to 1933, killed every small, neighborhood brewery from coast to coast, leaving only the industry giants like Budweiser, Coors, Miller and Pabst. After prohibition ended, WWII began, and Pilsner makers were forced to change their recipes as barley and wheat became scarce due to the war effort. The modern, mass-marketed American lager was shaped; less robust than the beer it began life as, and what Stone Brewing’s marketing has always referred to as “fizzy yellow water”.

Beer in America was practically homogenized into one single style until the small, neighborhood breweries that were so prolific before prohibition began slowly reemerging in the 1970’s. These were not the technologically adept small breweries of today; even home brewers now have equipment that would have baffled the pub brewers of 40 years ago. These were primitive and rough little production rooms in the backs of restaurants and bars, able to produce a few types of ales at room temperature. The pale ale was still king in these microbreweries, along with the red ale, porter and stout. Since most customers were used to drinking the insipid American pilsner, these small brewpubs created toned down, lighter, and more balanced versions of their pale ales, hoping that their lager loving patrons would accept this new style as a fair substitute. These lighter pale ales were originally named after the bright color they produced, and they were referred to as golden ales. Other establishments who wanted a more alluring title for their light ale gave them a different name, the blonde ale.