With fall upon us and an influx of seasonal neighbors about to arrive, the police will put more officers on the streets to look for those that imbibe too much. Our seasonal neighbors come here thinking they can drink with impunity….but they are wrong. These extra cops will yield a spike in DUI arrests.

However, in order to properly understand a Drunk Driving you have to first understand you do not have to be drunk. The correct charge is a Driving Under The Influence (DUI).  You merely have to be Under the Influence of the alcohol and or a drug.  This is determined by the Preliminary Alcohol Screening (PAS) Test or the breath or blood test at the station.

Some juries returned not guilty verdicts as they did not think the driver was DRUNK because they drove without getting into an accident. The defense lawyer argued to the jury that the driver complied and produced their driver’s license and insurance when asked and the driver did not fall down while exiting the car.

California’s law was changed to its current 23152 (a & b) VC thus allowing the DA to file the two counts. One is Driving Under the Influence and the second count is Driving With a BA level of .08 or more. Many juries now split the baby and find the driver innocent of one count and guilty of the other. If there is a guilty verdict of either count it is a DUI with the same sentence.

In California you are under the influence if your ability to drive is impaired.  Impairment takes place when your blood alcohol reading is .08 or higher with either the Breath or Blood test at the station.  Thus, if you are driving on a California road with .08 or higher the burden of proof almost reverts back to you, to show that you weren’t under the influence and/or your blood alcohol was not .08.

There are two different entities after you with a DUI…the DMV and the Court. DMV is an administrative agency that does not follow the Rules of Evidence. The DMV Hearing Officer, who does not have any legal training, is both the presiding judge and the prosecutor. Thus he rules on his own objections.

For the DMV hearing the DMV Hearing Officer can proceed with just the one (1) page DS 367 Report.    They do not have to provide us with a complete police report nor have an officer testify at the hearing. This is because the hearing is statutory and if you have a .08 you are presumed to be DUI.

The hearing is conducted like a miniature trial, but without a jury and with somewhat different rules of evidence. The defenses tend to be more “technical” than in court with procedure and bureaucratic errors often the grounds for a “set-aside” of the suspension. Testimony can be produced by both sides, although the hearing officer usually only produces documents, such as police reports, lab reports and the officers sworn affidavit.

Because there is no 5th Amendment right against self-incrimination at the hearing, we usually choose not to have our client at the hearing. This is because the client could be called by the hearing officer as a witness and what is said and taped can be used by the DA in court.

Neither a plea to a reduced offense nor a dismissal of criminal charges is a defense to a DMV APS suspension.  The Administrative Per Se Hearing (APS) is based on implied consent law which says any person driving in California is presumed to impliedly consent to a chemical testing if they are suspected of a Drunk Driving. The only court proceedings that will have any impact on the DMV is an acquittal or finding of innocence on the .08% charge. Similarly, a “set aside” in the DMV hearing has no effect on the criminal proceeding.

After the DMV hearing the hearing officer will take the matter under submission and send you a letter, at your driver’s license address, notifying you of their decision.  They do not give us their decision over the phone.

In my opinion, the hearing officers do not have the nerve to tell us over the phone that you have lost and the reason for their Ruling.   They have sent out, what looks like a form letter, by the time we have completed the DMV hearing. It advises the driver they lost the hearing.

This is the same thing I was trained to do when I sat as a Judge Pro-Tem for traffic matters.  It is easier to say you are taking it under submission and will notify the defendant of the verdict via mail.  That avoids a conflict in the courtroom.  Once again, something like 98% of DMV hearings are lost by California Drivers.

Whatever you do hire a lawyer and do not attempt to handle a DUI yourself, or better yet…

DON’T DRINK AND DRIVE, CALL A TAXI OR UBER………IT IS A LOT CHEAPER THAN CALLING ME

“Though I am sometimes referred to as a criminal DUI defense lawyer, I choose to not view my clients as “criminals”. I prefer to view them and more importantly to treat them as good, honest people that have found themselves in a scary and unfortunate situation.”

For questions or suggestions for future columns contact dale@dalegribowlaw.com or 760-837-7500.

Selected for 10 BEST Attorneys for California for Client Satisfaction in the practice area of DUI Law.

Only Attorney Appointed to (CVAG) Coachella Valley Association of Governments Public Safety and also the CLINTON Foundation DUI study committees. CVAG is comprised of police chiefs of every one of the 9 cities in the greater Palm Springs area as well as the mayor of each city (and ABC and CHP). Gribow is the sole attorney invited to join.

For more than 30 years Gribow has been committed to protecting client’s civil and criminal constitutional rights. Gribow offers clients decades of experience and success, thus making him the attorney of choice for thousands of clients.

While practicing in Beverly Hills, Gribow hosted a local weekly Talk Show as well as his weekly legal column. Gribow has written a weekly legal column for a local paper in both LA and the greater Palm Springs area….and most of the article are on DUI. He also writes for the local papers Society Column covering the “in parties”. Gribow also served as a legal analyst and columnist contacted by the local and national press for his position on legal issues both in LA and here in the Valley.

Gribow’ s stellar professional reputation, combined with his philanthropy and community involvement in both Beverly Hills and Palm Springs, has led both communities to recognize him on numerous occasions. 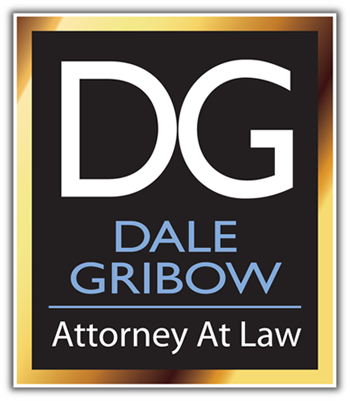 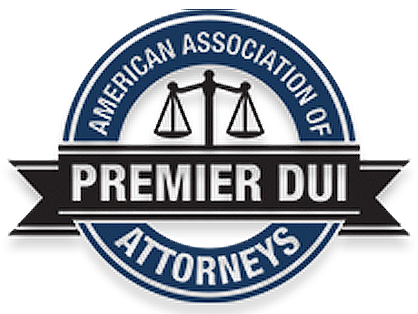