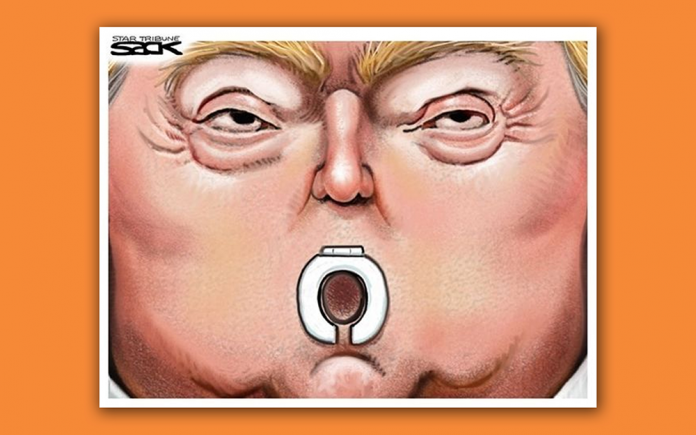 Remember the Pledge of Allegiance?  In that daily oath most of us spoke at the start of a school day, we would end the pledge with the phrase, “with liberty and justice for all.”

No matter your political leanings, it should disgust you to see the law treat any person in a manner that is inconsistent with the way that you would be treated.  Whether your name is Donald, Hillary, Hunter, Jared or <insert your name>, no one should be above the law.

When it comes to your doctor or investment advisor, it is fair to assume that you want that person to have your best interests at heart.  You really do not want a doctor who engages in unnecessary surgeries on you to increase profits.  You also want the person managing your money to put you in the best investments over those that pay them the most.

I would assume that you want your partner to tell you the truth on matters of importance like your finances or fidelity.  If every third word out of your partner’s mouth is a lie, your relationship will suffer if not end.

With this as my basis of thinking, I am befuddled in how former President Trump has ardent supporters no matter what he does or says.

Whether you believe that Trump is the only thing standing between us and socialism, or is an unhinged Putin-wannabee, take a second to see if your way of thinking best defends democracy in the United States.

If you think Hunter and Joe Biden engaged in criminal activity, you most likely believe both should be in jail or at minimum investigated by unbiased law enforcement authorities.  If Donald Trump or Jared Kushner did what the Bidens may have done, would you also say that they should go to jail?

And if Joe Biden sent Hunter to the Saudi Prince and came back with $2 billion for his fledgling hedge fund, wouldn’t you think that something questionable had happened and was worthy of an investigation?

Why is it such a problem to investigate the Georgia election, January 6th and the taking of Top Secret government documents by a former President and private citizen?  Shouldn’t we all want the truth to come out?

If all one has to defend former President Trump, former Secretary of State Hillary Clinton or Hunter Biden is ‘The But…’ defense, you’ve lost your argument.

‘The But… Defense’ occurs when you defend someone by pointing out the failings of someone else.

If Barack Obama handled Top Secret documents as President Trump has, you would want him prosecuted to the full extent of the law.  If Ivanka Trump received large payments from the Ukraine, China and art aficionados without a lick of talent or knowledge, shouldn’t she be investigated?

MAGA Republicans remind me of the spouse who excuses the behavior of a philandering cheat of a spouse because there is a good excuse every single time.  Okay some of the excuses are pretty farfetched but the spouse cheated on does not want to deal with fallout from a confrontation over lipstick on a collar or even more incriminating evidence in the laundry hamper.  Like that spouse, Trump supporters willfully ignore clear signals that Trump is a very bad guy who may have traded or sold state secrets to bad actors around the world.

It has been proven that Trump siphoned money from his grandfather’s estate.  If he would treat family in that way, do you really think he cares more about you or the United States?

For the United States to remain a democracy, we need to enforce justice equally, no matter that person’s place in life.  Whether it is robbing a Walgreen’s or the White House, no one should be above the law.