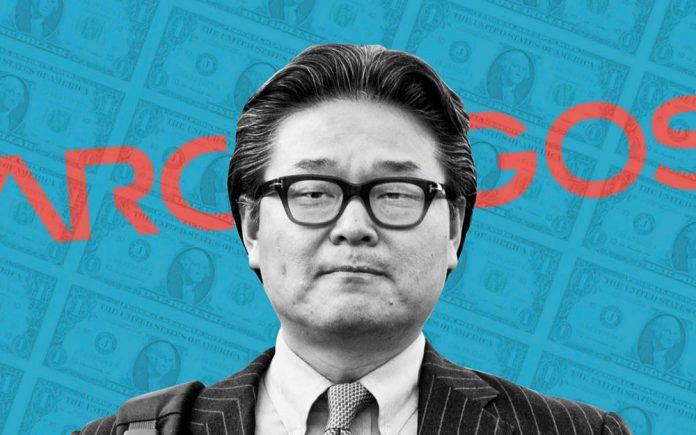 Archegos Capital Management, a family office with more than $10 billion in assets, imploded last week.  Using sophisticated derivative contracts, the company held positions that total $50 million through the use of equity derivative contracts.  When the underlying equities fell in value, the fund was forced to liquidate tens of billions in stocks to cover margin calls as the underlying investments held in the equity derivatives declined in value quickly.  The stock brokerage firms that lent to Archegos are estimated to be exposed to $6 billion in losses.

This situation brings up lots of questions.  How could Sung Kook ‘Bill’ Hwang have avoided regulatory scrutiny as he drove up the prices of a number of Chinese stocks, ViacomCBS and Discovery without regulatory disclosures?  Hwang paid a $44 million fine and was banned from the securities industry in 2012 after being caught at insider trading by Hong Kong and U.S. regulators.

Family Offices like Hwang’s do not have to disclose their derivative exposures.  Where Hwang held more than a 10% interest in ViacomCBS through these sophisticated products, the firm made no disclosures as required.  The core issue here is that there is little oversight of family offices making it easy for firms like Hwang’s to evade regulatory scrutiny when using sophisticated derivative contracts.  As a result, Hwang manipulated the prices of ViacomCBS, Tencent Music, Discovery Networks, Baidu and others hurting many other investors in the process.

A Family Office is a private wealth management advisory firm that serves some of the wealthiest investors.  Where a family office differs from other investment managers is that they serve the entire needs of an affluent family.  Family offices often serve only one family although they can serve many.  They differ from Registered Investment Advisors and Investment Brokers in that they are not regulated.  The $6 trillion Family Office is essentially unregulated.

Derivatives are sophisticated contracts between the buyer and a prime broker like Credit Suisse.  The prime broker typically finds another party to offset the underlying contract risk although the prime broker is exposed to the default risk of the counterparties they work with.  While these investment banks that write the derivative contracts are heavily regulated, there is really no way for one investment bank to know whether a competitor is writing a similar contract to the same borrower.  As most of these contracts have cross-default language, once margin calls start at one firm, a downward spiral on heavily levered funds like Archegos can happen quickly.  Margin calls occur when the value of the underlying collateral supporting the derivative contract falls too low causing the issuing broker to request additional collateral by a specific time or begin liquidating the underlying collateral to protect their firm from the counter-party.

It is estimated that Credit Suisse will lose $1-4 billion because of the Archegos blow-up while Nomura Securities is estimated to lose $2 billion, MUFG (Union Bank) $300 million as well as significant losses to Morgan Stanley, UBS, Deutsche Bank, Wells Fargo and Goldman Sachs.  As Goldman Sachs liquidated their collateral prior to the other firms, their losses are described as ‘insignificant’.

The Financial Stability Oversight Council was scheduled to have its first meeting under the Biden administration on March 30th to discuss hedge fund issues that arose during the pandemic.  The council consists of the heads of the U.S. Treasury, Federal Reserve and other governmental agencies.  It is expected that Archegos meltdown will be added to a list that includes trading irregularities coming from Reddit users who manipulated the prices of Gamestop, AMC, Tilray and other equities that were heavily shorted by hedge funds. Expect the $6 Trillion Family Trust industry and its 10,000+ Family Offices to face tighter supervision going forward.

In a market rampant with speculation, these types of things will happen.  The challenge is in properly staffing the SEC to pursue market manipulators.  Over the last four years, the budget of the SEC was cut causing staffing problems that reduced investigative and supervisory efforts.

Sung Kook “Bill” Hwang is the son of a Korean pastor who moved to the United States to attend UCLA before getting a graduate degree from the Carnegie-Mellon University.  He started his career working for Julian Robertson’s hedge fund Tiger Management before starting Tiger Asian Management and breaking away in 2001.  The Tiger Asia was forced to close by US and Hong Kong regulators in 2012 following illegal insider trading with the China Construction Bank and Bank of China.  Shortly thereafter, Hwang formed Archegos Capital Management as a Family Office.  In scripture, Archegos is a prince or leader serving Jesus Christ.

After paying a $44 million fine, Hwang set about rebuilding his credibility with investment brokers.  Hwang attributes much of his success following 2012 problems on God and his faith.

While few will pity the plight of the investment brokers or Mr. Hwang, other investors who bought any of the stocks that Hwang was manipulating were financially hurt.