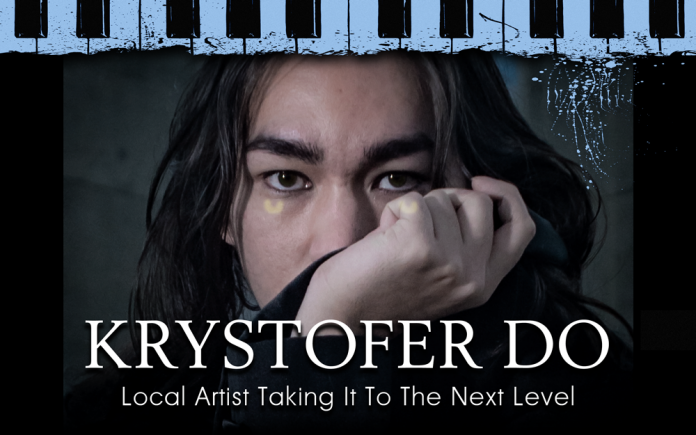 Singer, songwriter musician Krystofer Do is the antonym of failure. Every move he makes is artistry in motion. His vocals are soulful and uncommon. His musicianship is rare. He’s also unorthodox. He’ll be the first to tell you that he thrives in the limelight and welcomes the attention and criticism.

If his single and video for Time Stops are a sign of things to come, there’s no ceiling for what he can achieve.

David Ross is synonymous with the concept of immersion. The man dives into his artists and nudges the talent to the forefront.

Do is a participant in a new music competition with a star-studded panel of judges being filmed in Hollywood, California and will be able to tell us more after the air date is released but until then we are sworn to secrecy.

Do also won “Best R&B Artist” at the 2020 CV Music Awards held this past January.

Coachella Valley Weekly connected with both Do and Ross to get an update on their projects.

CVW: What was your experience on the aforementioned music competition?

Do: “I’m not allowed to say much, right now, but meeting all of the celebrity judges involved was an absolute treat! Being surrounded by industry professionals and getting compliments, advice, and critiques from people who know what they’re talking about really changed my life. It was, in every sense of the word, awesome!”

CVW: You’ve participated in many competitions over the years, what have you learned from previous events that helped you in participating in this one?

Do: “I’m a pretty competitive person by nature, even though I still try to be humble about it. Other competitions really taught me to do my very best, no matter what. What made this one different from the rest of the competitions was that I was competing against bands who were just AMAZING in their own right, so it really brought my ‘A’ game.”

CVW: You joked about quitting music this past April Fool’s Day. I’m curious, what would you be doing if you couldn’t do music?

Do: “I love this question, because I honestly don’t know. I put so much time and effort into my music and my vocals, that I haven’t really thought of what I’d do if music, for some reason, wasn’t an option. I do love martial arts, particularly sword martial arts. I would probably study that, or pursue acting, dancing, or modeling.”

CVW: Many desert artists are set on the DIY approach to their careers. What has it been like having David Ross as your manager?

Do: “I’m a pretty hard person to manage. At first, I told David I didn’t want to be managed at all, but David’s got a charm about him, and he’s honestly such an amazing dude. I wouldn’t have been able to experience many opportunities without him, and I really appreciate all the work he puts in for me. I can’t wait for the other projects we’ll be working on together!”

CVW Speaking of that, what other projects are you working on now?

Do: “Lots of new music, and a new YouTube series where I’ll be highlighting moments from songwriting sessions, paired with funny moments and good times.” 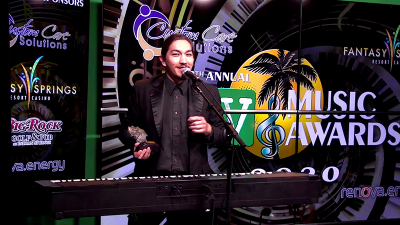 CVW: In addition to your powerhouse vocals, you are prolific on the piano/keyboards. How much are the two interlaced with each other?

Do: “Thank you so much. That really means a lot to me. I actually didn’t even wanna play keyboard at all, but I learned how to play out of necessity. It’s pretty much a required skill to know at least one instrument at a rudimentary level in order to write, and also, I wanted to make money doing solo gigs, and didn’t really wanna sing to tracks, I feel corny when I do that, so I wanted to have that live feel while playing keys. If I could, I’d just hire someone to play keyboard for me.”

CVW: You’re still a young dude in the biz. What are your long-term goals in the music business?

Do: “I wanna tour, have number one hits, and just be an entertainer. I wanna make it into art galleries that feature the music icons of yesterday and today. It’s been a dream of mine since I was younger. The experience of performing is exhilarating, and I’ve always been an exhibitionist of sorts, and I honestly don’t imagine me doing anything else in life.”

Written and Performed by Krystofer Do

Piano and Vocals by Krystofer Do