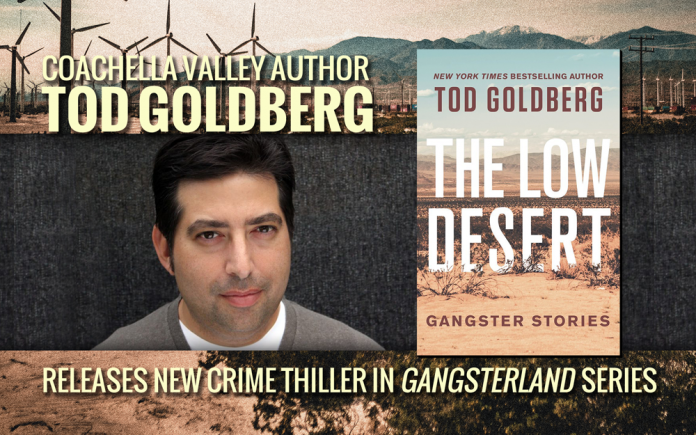 Coachella Valley author Tod Goldberg has garnered national recognition as a crime writer and a desert-grown wordsmith. Though a New York Times best seller, Goldberg has cemented his love for the Valley in his newest installment of his Gangsterland series, The Low Desert: Gangster Stories. The crime thriller follows the saga of Chicago hitman-turned-Vegas-rabbi Sal Cupertine–first introduced in Gangsterland and continued in Gangster Nation–while underlying themes of morality and corruption.

Goldberg, who has authored more than a dozen works throughout his fruitful career so far, including the novels The House of Secrets, which he co-authored with Brad Meltzer; Living Dead Girl, a finalist for the Los Angeles Times Book Prize; Fake Liar Cheat; the Burn Notice series consisting of original novels based on the USA Network TV series Burn Notice; as well as two collections of short stories, Simplify and Other Resort Cities. His writing has also appeared in the Los Angeles Times, The Wall Street Journal, Los Angeles Review of Books, Las Vegas Weekly, and The Best American Essays. 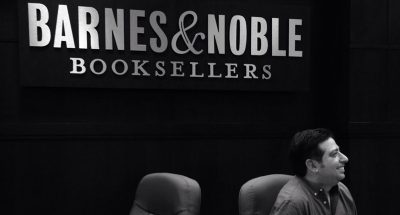 “There is a difference between writing a short story collection and a novel, as they’re entirely different beasts. When I’m writing a short story collection, I’m often trying on a lot of different outfits essentially to see what I want to wear and trying to figure out the best way to fit the larger story I want to tell. In Low Desert, I wanted to tell stories of violence and loss in a weird little resort town like the one I live in. So I imagined each story from the perspective of someone who finds themselves in a perilous situation. I always start with a character with a problem and work out from that,” stated Goldberg.

The Low Desert: Gangster Stories was released on February 2 of this year, already receiving a starred and boxed review and named a top 10 book of spring by Publishers Weekly, a starred review in Kirkus, a top 20 book of winter by USA Today, a most anticipated book of the year by CrimeReads, and a glowing review from the Los Angeles Times.

Having success in his passion comes from no shortage of inspiration, and what inspires Goldberg not only comes from the environment in which his characters dwell, but more so their inner motivations and conscious.

“What inspires me to write is the desire to understand human nature. It’s the desire to figure out through our own lens why people do terrible things. My entire career has been me looking at why people do violent things to one another. I’m inspired by what drives someone on their worst day to take out a gun and kill somebody,” explained Goldberg.

Fellow crime writers like Donald Westlake, Elmore Leonard, and Tim O’Brien have shaped his style and influence, as Goldberg believes that all writers stand on the shoulders of other writers. The notion that he is about to examine human nature and trying to figure out a character’s purpose is what drives him forward—never falling victim to the notorious writer’s block.

“I subscribe to the belief that writer’s block doesn’t exist. It’s not like lawyers get lawyer’s block or doctors get doctor’s block, so why should writer’s block exist? There are days when I don’t have any good ideas, but it’s not usually years. I think writer’s block is a question of confidence and a question of repetition—getting beyond your fears. Writing 15 books hasn’t stopped me from feeling like I don’t know what I’m doing. But the rituals that I do help me to keep writing even when I don’t think it’s any good. You have to force yourself, even if it means looking in a dictionary and picking out 12 words to use on a page. If everyone were crippled by doubt about what they created, there would be no books, TV shows, or movies,” said Goldberg. 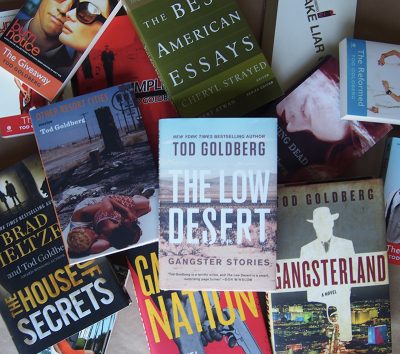 It seems like Goldberg is nonstop these days while riding the success of his latest release, whether it is constantly working to meet a deadline for upcoming projects, writing television scripts, or teaching. Goldberg holds an MFA in Creative Writing and Literature from Bennington College and is a professor of creative writing at the University of California, Riverside where he directs the low residency MFA program in Creative Writing and Writing for the Performing Arts.

“I feel like I have a lot left to do. The thing about my career that I’m most proud of is not what I’ve written but it’s creating a graduate school of creative writing based on my own philosophy of how to teach the art. I started in 2008 to give other people a pathway to their career. The thing I’m most proud is not derived from my own success, but the ability to give someone the tools to find their success,” stated Goldberg.